U.K. Prime Minister Theresa May to quit over Brexit

Britain's Prime Minister Theresa May announced Friday she will leave office after repeatedly failing to win support for her Brexit deal.

May said she will step down as leader of the Conservative Party on June 7, making way for a new prime minster to take charge of Brexit negotiations. 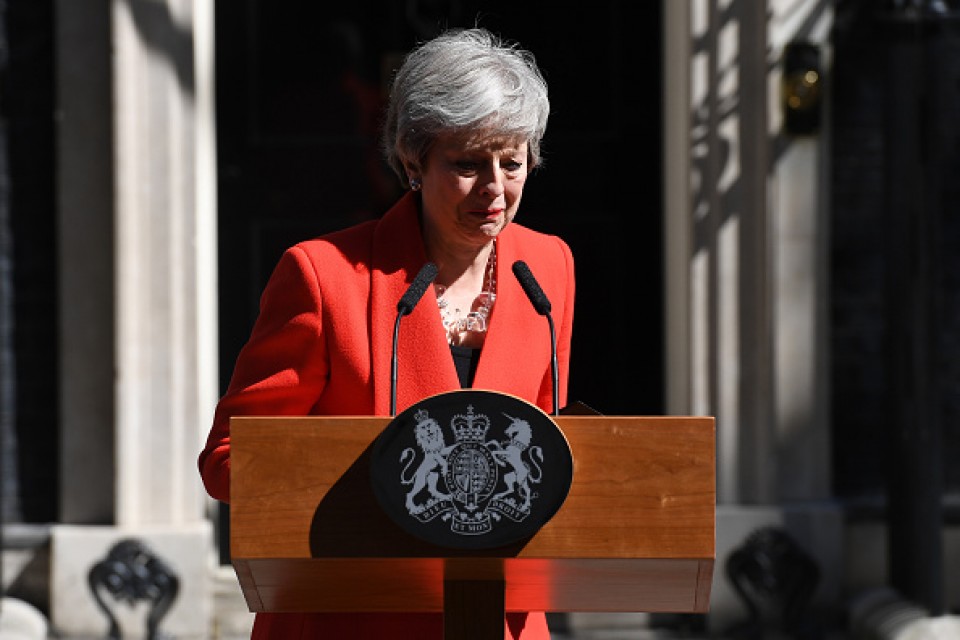 May's departure will trigger a race to elect her successor as leader of the party and prime minister, beginning on June 10. May said she will continue to serve as prime minister until a successor is chosen.

May was elected party leader in 2016 following Britain's shock vote to leave the European Union and the departure of then Prime Minister David Cameron.

She had supported Britain remaining in the European Union but upon becoming leader promised to negotiate a clean exit from the bloc.

After more than two years of talks, however, ultimately she was unable to reconcile deep divisions within her own party between hardline eurosceptics and those favoring a softer exit from the bloc.

In a statement in Downing Street, May said she had "done everything I can" to persuade members of parliament to back her negotiated withdrawal agreement with the European Union.

"I believe it was right to persevere even when the odds against success seemed high. But it is now clear to me that it is in the best interests of the country for a new prime minster to lead that effort," May said.

May had been facing fierce opposition from members of her own party, along with Northern Irish unionists, over plans to bring her unpopular Brexit agreement back to parliament a fourth time.

The divorce deal, which was concluded in November 2018, was roundly rejected by lawmakers in three parliamentary votes earlier this year.

May said, "It is and will always remain a matter of deep regret to me that I have not been able to deliver Brexit."

She issued a warning to her successor that reaching agreement with the 28-member bloc would require further concessions.

"To succeed, he or she will have to find consensus in parliament where I have not," May said, appealing to lawmakers "on all sides of the debate" to compromise.

Among the favorites to succeed May are former foreign minister Boris Johnson, his successor Jeremy Hunt and interior minister Sajid Javid.