The Japanese Defense Ministry will place around 100 personnel at a new unit to be set up by fiscal 2022 to monitor space debris and satellites, sources close to the matter said Monday.

The new Space Domain Mission Unit will track space debris such as used rocket parts and old satellites that pose a threat to satellites orbiting Earth, according to the sources.

The unit will also monitor satellites operated by other countries, as Japan aims to establish, in cooperation with the United States and Europe, a system to detect "hunter-killer" satellites that attack other satellites.

The members of the new unit will work at the Air Self-Defense Force's base in Fuchu, western Tokyo, and may be increased as joint operations with Japan's allies are expected to grow in the future. 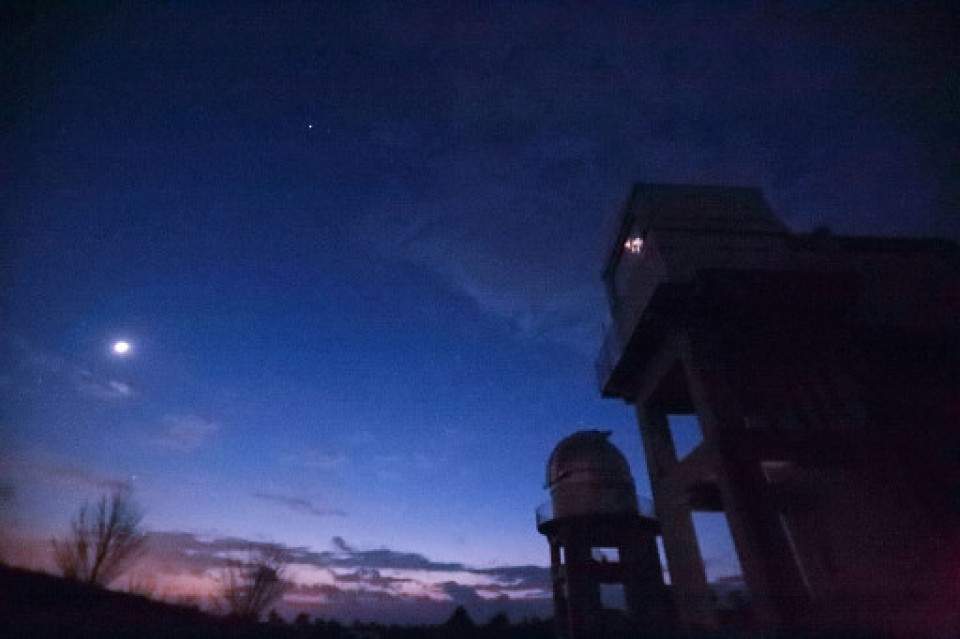 (Photo taken on Nov. 17, 2012 shows the Bisei spaceguard center in Ihara, Okayama Prefecture, where the Japan Spaceguard Association observes space debris and asteroids with the aid of optical telescopes and other devices.)
[Photo by Makoto Hori]

Under its latest national defense guidelines outlined last December, Japan is looking to bolster its defense capabilities in new domains of warfare such as outer space and cyberspace at a time when countries like China and Russia have been expanding military activities in outer space.

The ministry plans to deploy ground radar in the western Japan prefecture of Yamaguchi to help the unit gather information and the data from the radar will be shared with the United States.

The Defense Ministry is considering stationing ASDF members at a U.S. Air and Space Operations Center as part of strengthened space cooperation with U.S. forces.

The United States is looking to reinforce its space monitoring system, with China and Russia believed to be proceeding with the development of hunter-killer satellites, the sources said.

The Japanese government guidelines state that the new domains of warfare including outer space have the potential to "fundamentally change the shape of national security," which has so far focused mainly on conventional ground, sea and air forces.