Chinese and U.S. defense chiefs were at odds over the Taiwan issue on Friday, China's Defense Ministry suggested, as tensions between the world's major powers have already intensified following an escalating tit-for-tat tariff trade war. 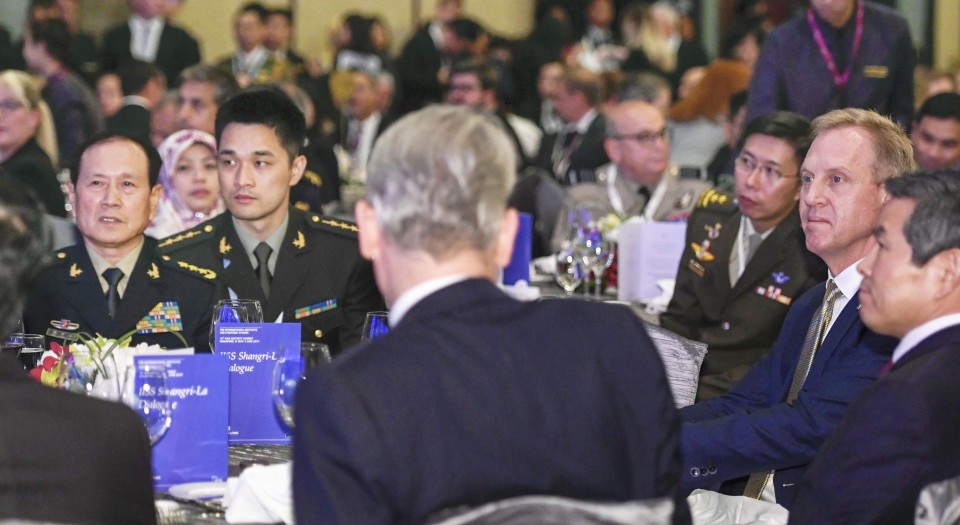 It was the first time for Chinese and U.S. defense chiefs to hold direct talks since November 2018, when former Defense Secretary Jim Mattis and Wei met in Washington.

U.S. warships have recently sailed through the Taiwan Strait and China has urged Washington to abide by the "one-China principle."

Wei and Shanahan, meanwhile, agreed the two countries will work to achieve denuclearization of the Korean Peninsula, as negotiations between Washington and Pyongyang have been stalled in the wake of the rupture of their second summit in Hanoi in late February.

As for China's military infrastructure in the South China Sea, where Beijing and several Southeast Asian nations have overlapping territorial claims, the Chinese Defense Ministry did not elaborate the details of what Wei and Shanahan discussed.

The two defense chiefs are visiting Singapore to attend the three-day Asia Security Summit, known as the Shangri-La Dialogue, which started on Friday.