"It is premature to provide aid from outside, given the country is in a situation where funds that should be used for the welfare of its people could instead go toward the development of nuclear weapons and missiles," Kono told the House of Councillors's foreign affairs and defense committee.

His comments came two days after South Korean President Moon Jae In and U.S. President Donald Trump discussed humanitarian aid as a way to keep North Korea engaged in denuclearization negotiations. Trump expressed support for the idea during the phone call, according to Moon's office. 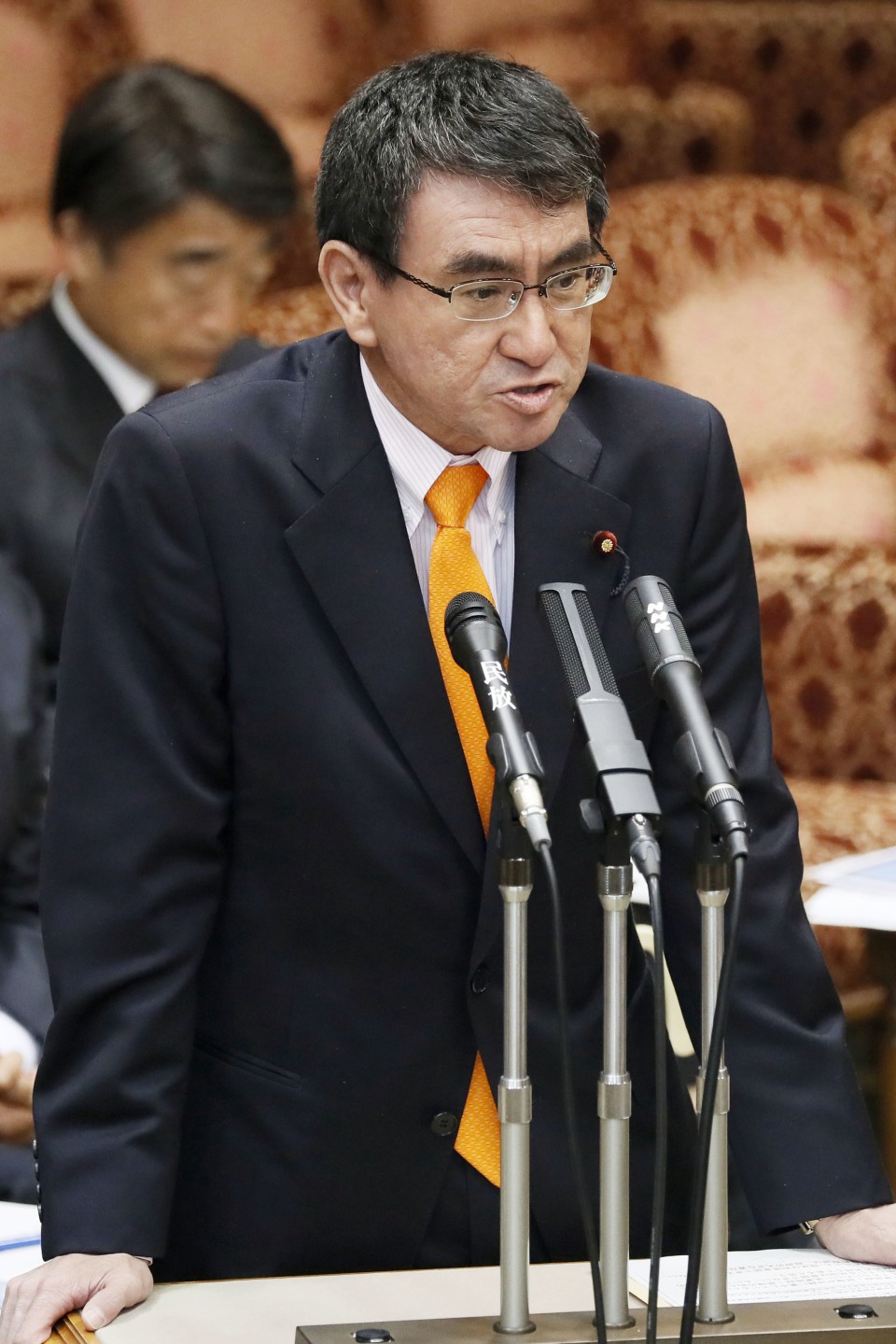 Kono said that North Korea must stop prioritizing weapons development and "accept the fact that it needs to provide welfare to its people."

A recent U.N. report warned that more than 10 million North Koreans are suffering from severe food insecurity after the country experienced the worst harvest in a decade.

Meanwhile, North Korea has pushed ahead with its weapons program, with leader Kim Jong Un overseeing the test-firing of a new "tactical guided weapon" in mid-April.

Last week, North Korea launched a series of projectiles off its eastern coast that analysts say may have included a new type of short-range ballistic missile. The country is barred from ballistic missile launches under U.N. Security Council resolutions.