Japanese police on Friday arrested 15 suspects transported from Bangkok in connection with a large-scale phone scam, to which hundreds of people are believed to have fallen victim.

The 15 Japanese men in their 20s to 50s are suspected of having called people across Japan from a rented luxury house in the Thai beach resort of Pattaya, claiming they had failed to pay subscription fees for a website and swindling more than 200 people out of over 200 million yen ($1.83 million) in total. 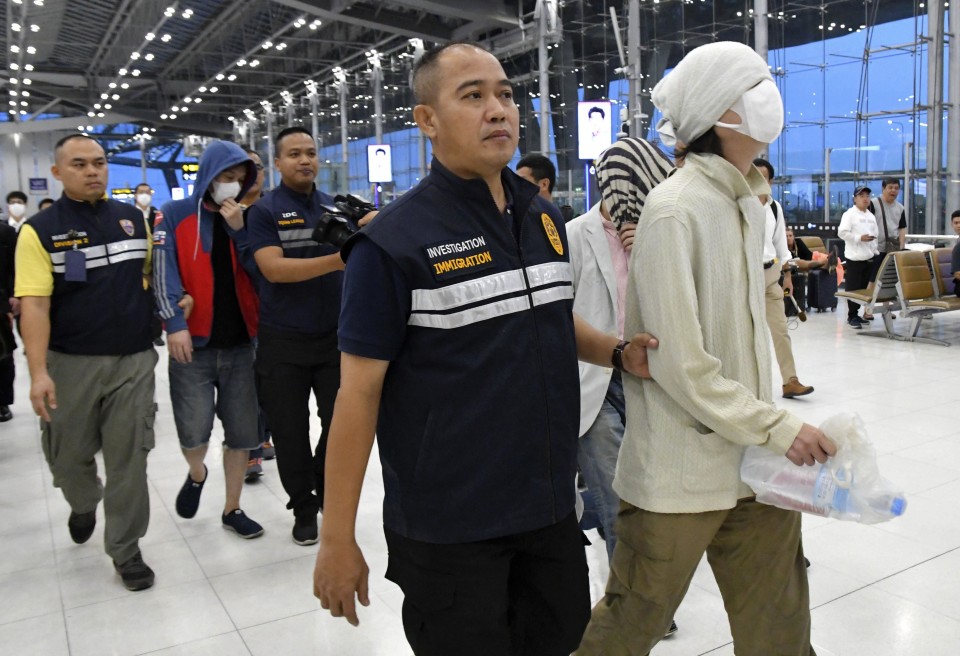 Three of the suspects have been identified as Yasutaka Toyama, 54, Ryu Iwamoto, 23, and Seiji Ikehara, 33.

Tokyo police have found that 70 million yen was fraudulently obtained by the group in at least 80 cases between January and March, they said.

They believe there are further suspects who instructed the 15 men to make phone calls.

The 15 suspects were arrested on board their flights to Japan for scamming a woman in her 50s, a resident of Fukui Prefecture in central Japan, by sending her a phony email in late March that alleged she had failed to pay website subscription fees.

The woman purchased electronic gift certificates worth some 300,000 yen in line with the group's instruction after responding to the email over the phone, according to the police.

The person who spoke to her pretended to be a customer service representative with a major online retailer, the police said.

The suspects were transported on two flights, which arrived at Tokyo's Haneda airport and Narita airport near the capital in the afternoon.

Japanese investigators arrived in Thailand on Wednesday to take custody of the suspects from Thai authorities.

Thai police arrested the 15 men in March on suspicion of working illegally in the country. In a search of the house, they seized some 50 IP phones as well as a scammer's handbook on specific procedures to trick people.