STEREOGIRL at SXSW: Not here to please, don’t care what you say

By the time I arrived, the line in front of Austin venue Elysium had wrapped around the block and extended towards its neighbor. It was the first time at this year’s SXSW that I really saw how that “platinum” badge of mine actually came in handy. According to the locals, of all the SXSW showcases, Friday’s Japan Nite event has always been very much anticipated as a highlight.

After entering the venue I saw Yoshida, one of the two guitarists from Japanese band STEREOGIRL, in the crowd, passionately gazing at HAL-CA on stage, the teenage guitar genius from the metal band Asterism.

“She plays really fast,” I said to Yoshida. “Yeah, so fast...” Yoshida murmured, with her eyes still fixed on that metalhead girl strumming those strings at an incredible speed. She was blown away.

Although Asterism and STEREOGIRL play very different kinds of music, instrumental skill is something they can share. Yoshida admitted that she prefers playing music more than listening to it, which might explain her admiration for some killer metal riffs.

For me though, STEREOGIRL was the real deal that night. These young folks from Tokyo put on a well-paced show and became the talk of the night among the crowd afterwards. Lead singer, Mohri, had the stage presence like a love child of Liam Gallagher and Iggy Pop with her quirky, elastic dance moves and that sweet, provocative face hidden behind her pink sunglasses -- I was amazed by how she could look so bored, so lithe and so feisty at the same time.

In addition, the band’s other guitarist, Chamicot, single-handedly turned the crowd upside down. Into the second half of the show, she jumped off from the stage and pulled the pogo trigger, discoing her way into the audience before giving some of her best solos and kicking one of the malfunctioning speakers. The other band members did not have their thunder stolen either. The tempo was precisely controlled, and the stage was well balanced.

STEREOGIRL was formed in a high school music club with Anju Mohri on vocals, Riko Usami (Chamicot) and Kanako Yoshida on guitar, and Yuka Tachizaki on drums.  Much later on, Riku Otsuka joined, replacing the original girl on bass. The band has risen fast, gaining a decent amount of popularity among young, indie-music listeners in Japan this past year.

I’ve always known that STEREOGIRL’s music is cheerful but never would have imagined this wonderful madness happening on stage during their performance. As a matter of fact, they occurred to me as quiet, sweet and humble during most of our encounters.

We first met at a Mexican restaurant right by the Austin Convention Center. The band looked whacked after a twelve-hour flight, like they wanted to throw away the tacos, get back to the hotel and bury their faces in a pillow. With a jazz band playing loudly immediately behind us, I didn’t really get too much information besides some fun facts -- like the nickname “Chamicot” came from saying Usami’s full name extremely fast, or that bassist Otsuka’s old band broke-up right after he left to join STEREOGIRL, so he was the one to blame.

It wasn’t until we moved to the convention center that the band regained some verve. Maybe it was the high ceilings, huge SXSW signs and fast-walking staff that dragged them back to the reality, that they really were five-thousand miles away from home to play shows at one of the biggest music festivals in the world.  “The streets are so wide and the sky looks so broad,” they said.

This is not the first time that I have heard such a comment from Japanese bands first visiting America. In Japan, especially Tokyo, the concentration of population into urban area has made it difficult to look in any direction without seeing asphalt.  “You can see man-made stuff somehow fit in the natural surroundings,” Chamicot added. 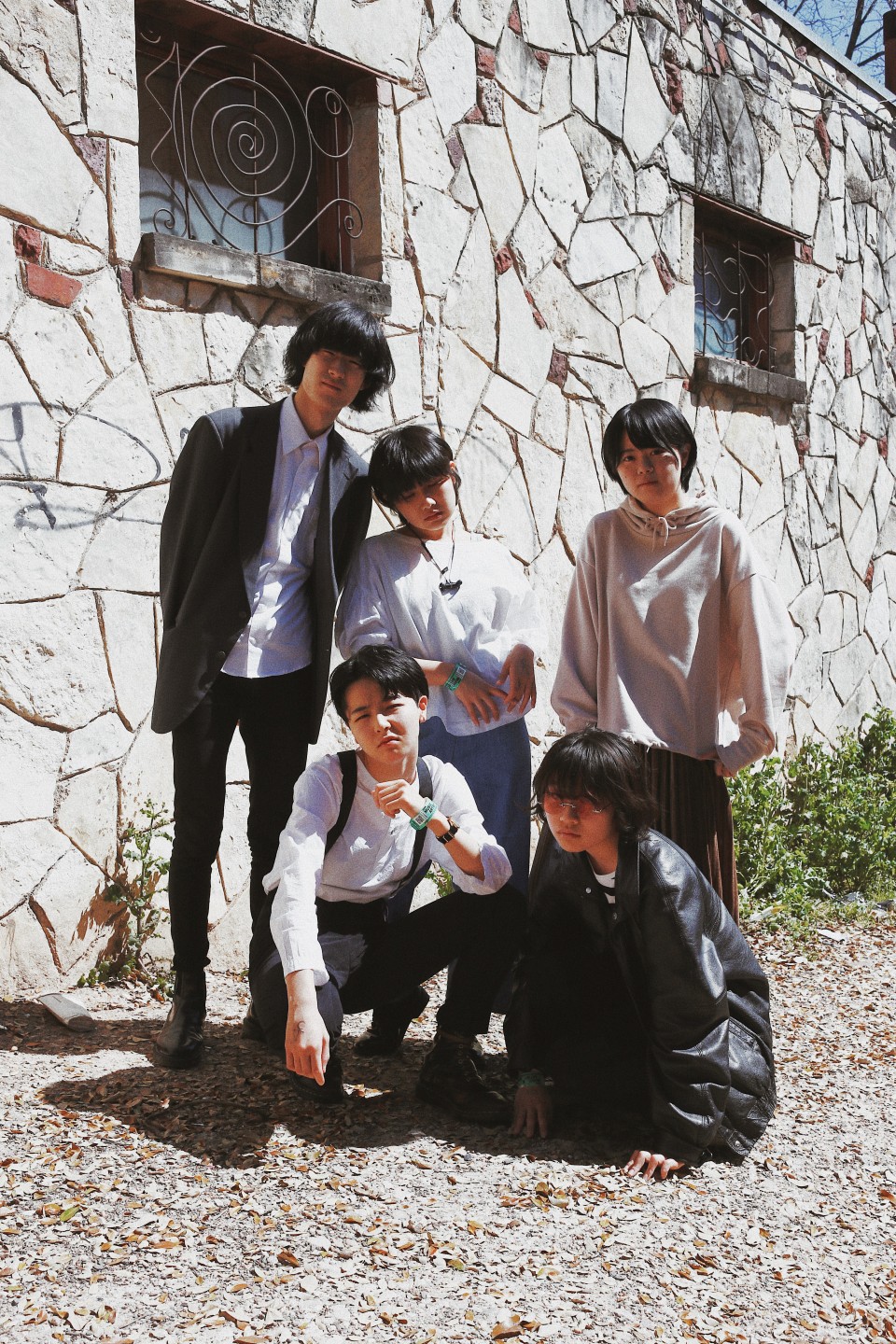 The band also had this weird impression that the fashion sense of Americans was actually nice and original compared to that of Japanese people. It reminded me of an anecdote that I had read about STEREOGIRL before I came to Austin.

“I heard Mohri-san didn’t want Chamicot-san in the band at the very beginning. Mind sharing the story with us?” I asked. I had read that Mohri thought Chamicot was lame at the time, but that seemed a bit mean to me, so I had to hear the original story.

Mohri nodded, looking amused while Chamicot laughed and cut in, “Yes, I looked really lousy when we were in high school.”

The girls then pulled up a few old photos from their phones, and I couldn’t help but get a big kick out of it. They were all very cute but I could never tell the homely-looking girl in a full outdoor tracksuit with a tiny double chin was the same person as the glamorous, charismatic Chamicot in front of me now. I know we all have embarrassing memories of our teens but what I saw was pure gold.

What we know now is that Chamicot somehow did join the band and became the core contributor of both music and lyrics. Despite the tradition of lead singer usually writing the lyrics, Mohri asked Chamicot to give it a try, and it worked out perfectly.

What we also know is that Chamicot doesn’t listen to bad “Ojisan” hard rock anymore. The transition began with her borrowing a CD of Oasis from Mohri, and that was a key turning point for both of them.

Bassist Otsuka summarized their path of music discovery as an “influence chain.”

“You know how there is an influence chain that you can just follow upstream, right? First, you coincidentally find out about this one band, and you realize that they are influenced by another older band, then you listen to that band as well. You keep going upwards and backwards. Naturally, you’ll find yourself listening to those really old bands that influenced all bands that we initially liked.”

I asked what new bands they were listening to. Mohri seemed to be the only one that had been listening to new stuff recently. We shared the love for a Taiwanese, math-rock band called Elephant Gym, and she also recommended two more bands called “!!!” (Chk Chik Chick) and Puma Blue.  Both have some fusion elements.

“Don’t you notice that the retro fashion is coming back? Even new music has revival vibes. For us, we just want to listen to cool and fun music no matter how old or new,” Chamicot added.

STEREOGIRL members, especially Mohri and Chamicot, are heavily influenced by new-wave bands like Joy Division, Television and the Smiths, while their own music sounds far from the dark, post-punk sound they love. This makes them very unique. After all, it’s difficult to fight the urge of making something that resembles your heroes, because what you listen to basically determines your taste when writing music. STEREOGIRL, however, are strong enough to walk their own path.

“We love Western music, but the influence from Japanese music is in our blood. That’s not something we can easily dispose of. Besides, making music that sounds exactly like what we listen to is boring. Isn't it?”

It’s been a major trend for Japanese bands to show Western influences in their music, and some are even singing in English now. STEREOGIRL thought that was cool, but they still felt they gain more joy singing in Japanese.

“It’s a pity that foreign listeners cannot understand what we sing, but we probably would stick to Japanese lyrics for now.”

Chamicot explained the thinking further. “For one, it’s difficult to handle the hairsplitting nuances in English -- we are not that good at English now. We will keep learning, but for many subtle feelings that we try to describe in our music, we may never be able to find corresponding expressions in English that are precise enough.” 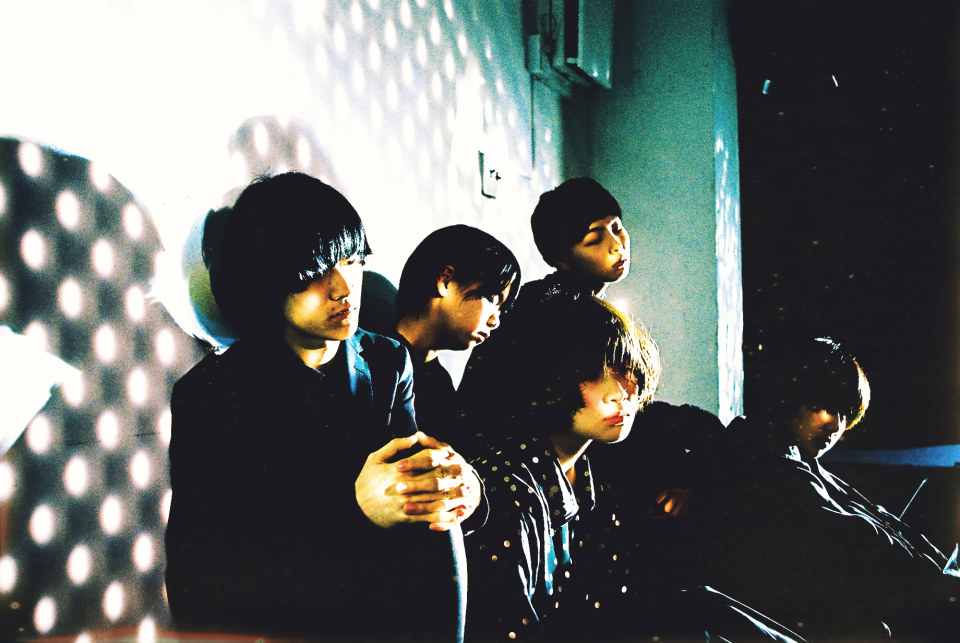 In an earlier interview they did in Japan, STEREOGIRL mentioned that they didn’t care much about the “girl band” concept. I asked for further clarification.  This is what Mohri had to say.

“Girls can be very self-conscious about their image in bands and that could be a distraction from concentrating on music. If we care too much about how people see us, we will be distracted. We don’t want that kind of limitation.”

“In Japan, people judge a lot. We want to make people realize how wrong it is, and that we don’t care what people have to say.”

I wondered if this pressure came more from being Japanese, or being a girl?  The band believed it came from both. Japan is a country with very high ‘power distance’ ingrained into society. In their language, there can be at least 20 ways of saying “sorry” depending on the gender, age, and social status of both parties.  The misuse of these different tones could result in serious consequences.

“In the past, Japanese females needed to be housewives and, thus, have to cook and clean. And even now, you open up a fashion magazine, you’ll see titles like ‘What Would the Guys Like You to Wear this Spring?’ because girls believe their goals are to please guys. So boring.”

“And not to mention our images in the eyes of the Westerners -- the world thinks of Japanese people as agreeable and polite. Of course these are good qualities, but do we always have to be that way? I want that image to be changed.”

“Do you see yourselves as feminists?” (I knew immediately that I asked a stupid question.)

“We don’t see ourselves as feminists from a political view, but as individuals we cannot escape from the fact that we are females. We don't see the need to emphasize that identification, but would accept it and keep going,” came the response.

While browsing STEREOGIRL’s music videos on YouTube, I noticed some comments on the girls’ looks, with one even comparing lead singer, Mohri, with one of the members in an idol group Keyakizaka46, a sister group of AKB48.

In this cyber world, once you post something online, it’s no longer yours but instead shared with thousands, maybe millions, of people. Especially with the magical algorithm of YouTube, your music video may somehow be recommended to someone in Brazil, who listens to dance music, or more likely, to someone who purchases mountains of CDs of AKB48 only for the handshake tickets in them.

Not that I harbor a disdain for idol culture, but I did see these comments solely focusing on their looks as a mismatch for the video content. I wanted to know whether such a mismatch would bother STEREOGIRL at all.

“We normally don’t pay attention to these things. Still, for those people who only like idols, we really hope they would see us as musicians instead of idols, and we don’t want to be judged only by our looks,” said Mohri.

“If someone initially gets attracted by the visual image of us, but later gets into our music that’d be just great. If the music is not appreciated, then we consider it as a waste.”

STEREOGIRL will perform overseas again this May, playing three gigs in Canada with the “Next Music From TOKYO” project.

Symbol meaning "war" picked as kanji of 2022 amid int'l conflicts