Former Japan coach Eddie Jones said Tuesday that the Japan Rugby Football Union need to find an alternative to the Sunwolves if they are to achieve their long-standing goal of being a major rugby power.

"If Japan wants to be a top 10 country in the world, which they do, they need their players to be prepared," the current England coach told Kyodo News in Yokohama.

"The purpose of the Sunwolves was to give opportunities for young Japanese players to prepare for test rugby, because ultimately like any rugby country you want your national team to be strong and your grassroots to be strong, and in between you work out the right structure," he said.

"What Japan was missing was that opportunity for younger players to go from a good domestic Top League into a higher level of competition without being exposed to test level, and the Sunwolves provided that opportunity. It hasn't worked out for them and I think it is a massive opportunity missed." 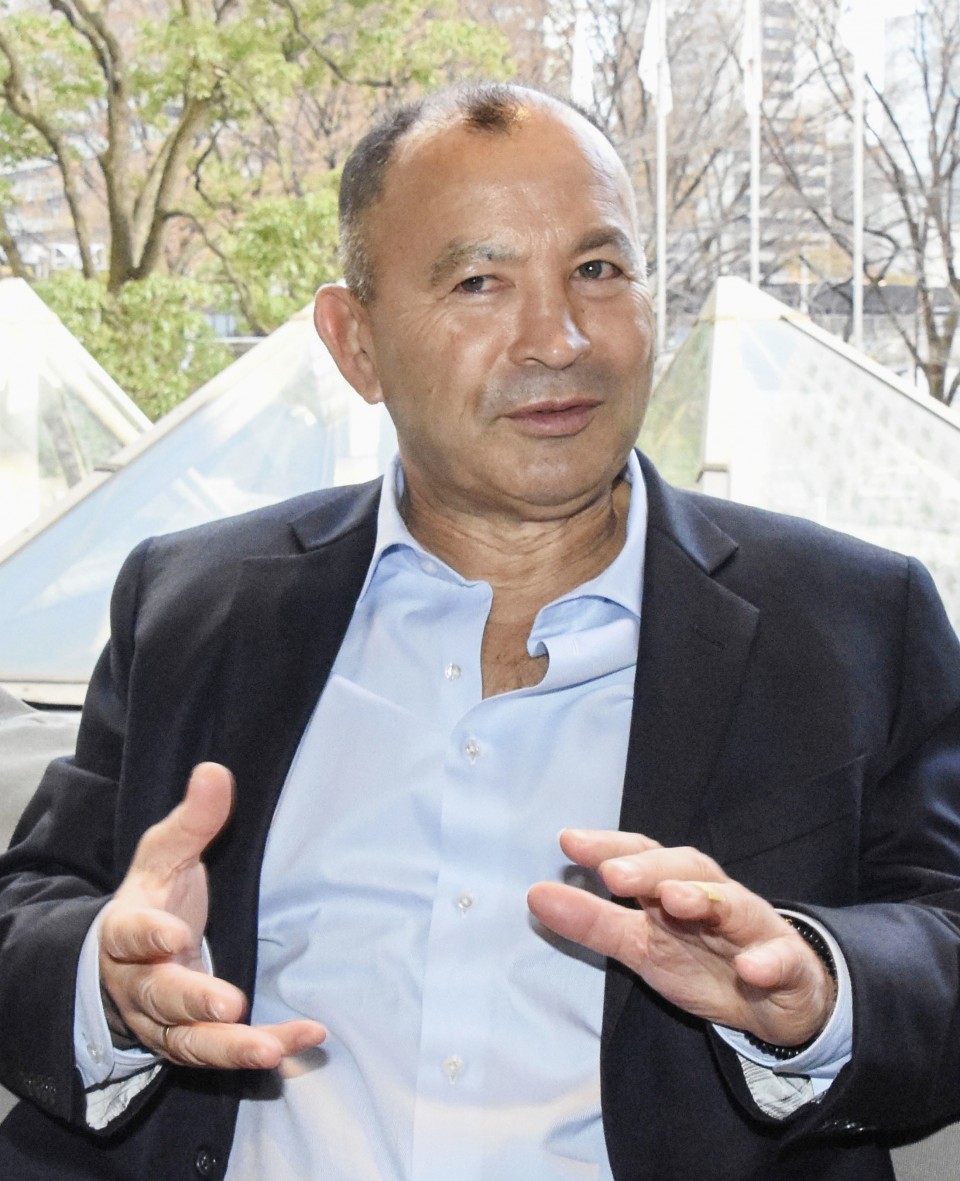 The Sunwolves were told in March they would no longer be part of Super Rugby following the 2020 season after the JRFU and SANZAAR -- the organization that runs Southern Hemisphere rugby -- were unable to reach an agreement on the Japanese side's financial input to the competition.

The situation was in part the result of a big divide among JRFU committee members as to whether the Sunwolves were the best way to improve the national team.

Jones was originally slated to be the Super Rugby side's first boss, but he announced his decision to leave the Brave Blossoms and Japanese rugby in August 2015, a month before the last Rugby World Cup, initially heading to South Africa to coach the Stormers before quitting after a few weeks when the England job was offered to him.

Rugby: Sunwolves hope to take wind out of Hurricanes

And he said, based on how the Brave Blossoms performed against England last November when they lost 35-15 at Twickenham, the Japan players had benefited enormously from their time in Super Rugby.

"Absolutely, 100 percent. They were physically in a different condition because they have to and they believe they can win now, which is massively different from the side I first inherited."

Jones said he also felt for the Japanese fans, who have turned Prince Chichibu Memorial Rugby Ground into a venue that is the envy of all the other Super Rugby sides.

"I just watched (last Friday's Sunwolves versus) Hurricanes game this morning (on video), and I think there must have been close to 20,000 people there and the atmosphere was fantastic," he said. "Of all the Super games I have watched this year that was the best atmosphere I have seen."

As to the future, Jones said the JRFU need to sort things out quickly so as not to waste the opportunity this year's Rugby World Cup presents in terms of expanding the sport and its following and improving the national team.

"Around the traps you hear various computations of what is going to happen. But without a doubt you need to have that tier of rugby that's above the domestic league to prepare players for the top level."

As to the division within the JRFU -- highlighted last week by the resignation of former Prime Minister Yoshiro Mori as honorary president -- Jones said little had changed from when he was leading the Brave Blossoms.

"I think that battle is always going to be on. You've always got traditional rugby administrators that want to keep the status quo, and then you've got people who see it a different way and that is going to be a continuous battle for Japanese rugby," he said.