Japan has been explaining to other countries that the name of the new imperial era Reiwa to be used from May 1 connotes "beautiful harmony" in English, government officials said Tuesday, amid some confusion over the meaning.

The government of Prime Minister Shinzo Abe chose two Chinese characters for the new name -- "rei" meaning such as "order" and "auspicious," and "wa" representing "harmony" and "peace" or "Japan."

Abe said during a press conference on Monday that Reiwa, which is taken from the "Manyoshu," Japan's oldest poetry anthology dating back more than 1,200 years ago, includes the meaning of "culture coming into being and flourishing when people bring their hearts and minds together in a beautiful manner." 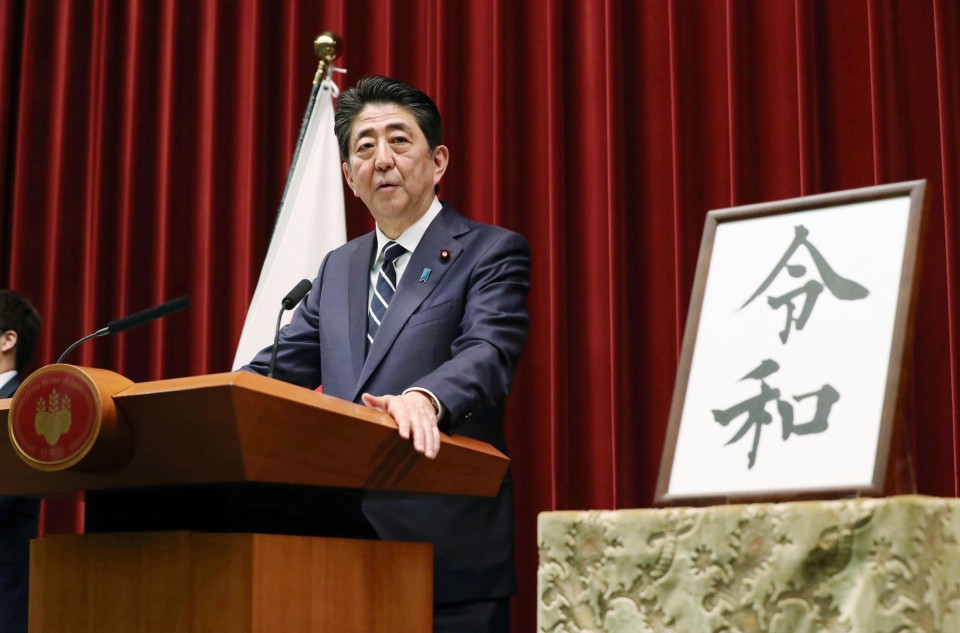 Still, the combination of the two characters has left room for interpretation and generated confusion, especially among foreign media organizations, partly because "rei" is more commonly used to mean "order" or "command."

"We say it is 'beautiful harmony' in response to questions regarding the meaning and nuance (of the name,)" said a government official in charge of dealing with foreign media.

The name change comes as Crown Prince Naruhito is set to ascend the throne on May 1, following his father Emperor Akihito's abdication. The current era name Heisei that has been in use since 1989 means "achieving peace."

Japan commonly uses the Gregorian calendar but a "gengo" imperial era name is also an important part of everyday life in the country as it is used in calendars, newspapers and official documents.