The Sunwolves are hoping another full house at Prince Chichibu Memorial Rugby Ground can spur them on to play for the full 80 minutes and beat the Highlanders on Friday night, in a game that is set to feature a number of match-ups between old mates.

A week after the Sunwolves blew a big first-half lead against the Hurricanes in their first night game in Tokyo, Tony Brown's crew will get a chance to beat a team they know only too well given the close ties that exist between the Tokyo franchise and the side from Dunedin, New Zealand.

"It's going to feel weird going up against them but it's really helped with motivation," Jason Emery said following Thursday's captain's run at the match venue. "Last week's atmosphere was amazing and we are really looking forward to tomorrow's game."

Emery, who starts the game on the bench, is one of four players originally named in the Sunwolves side that were part of the Highlanders squad that won the Super Rugby title in 2015 -- a side that had current Japan boss Jamie Joseph at the helm with Brown as his assistant coach. 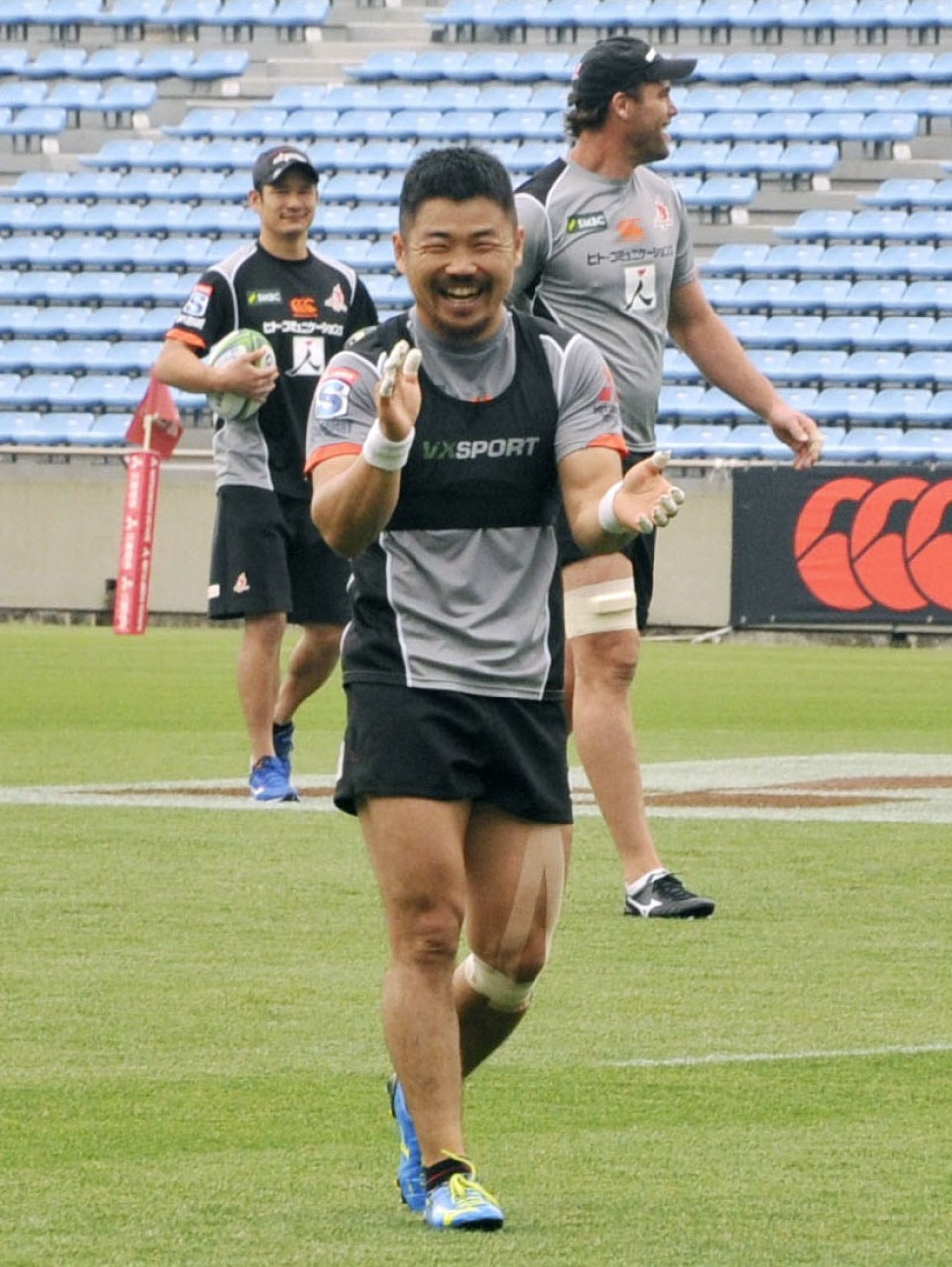 "The ex-Highlanders players have been working really hard, especially Hayden (Parker) and Fumi (Tanaka)," said Sunwolves No. 8 Hendrik Tui. "They've been putting in extra training and are really up for the game, as are the rest of the team."

Tanaka will be up against Aaron Smith, who he understudied during his four years with the Dunedin-based side.

"I'll really need to concentrate and do my own job and control the game," he said of playing opposite the 82-time capped All Black, rated by many as the best scrumhalf in the world.

Tanaka said the Highlanders pack would prove tough adversaries, particularly in the tight, an area in which the Sunwolves have struggled and one of the main reasons they have failed to win at least two games this season in which they had built comfortable leads.

Last week, Brown's side imploded in the second half as their line-out fell to pieces, allowing the Hurricanes to score 22 unanswered points and win 29-23. 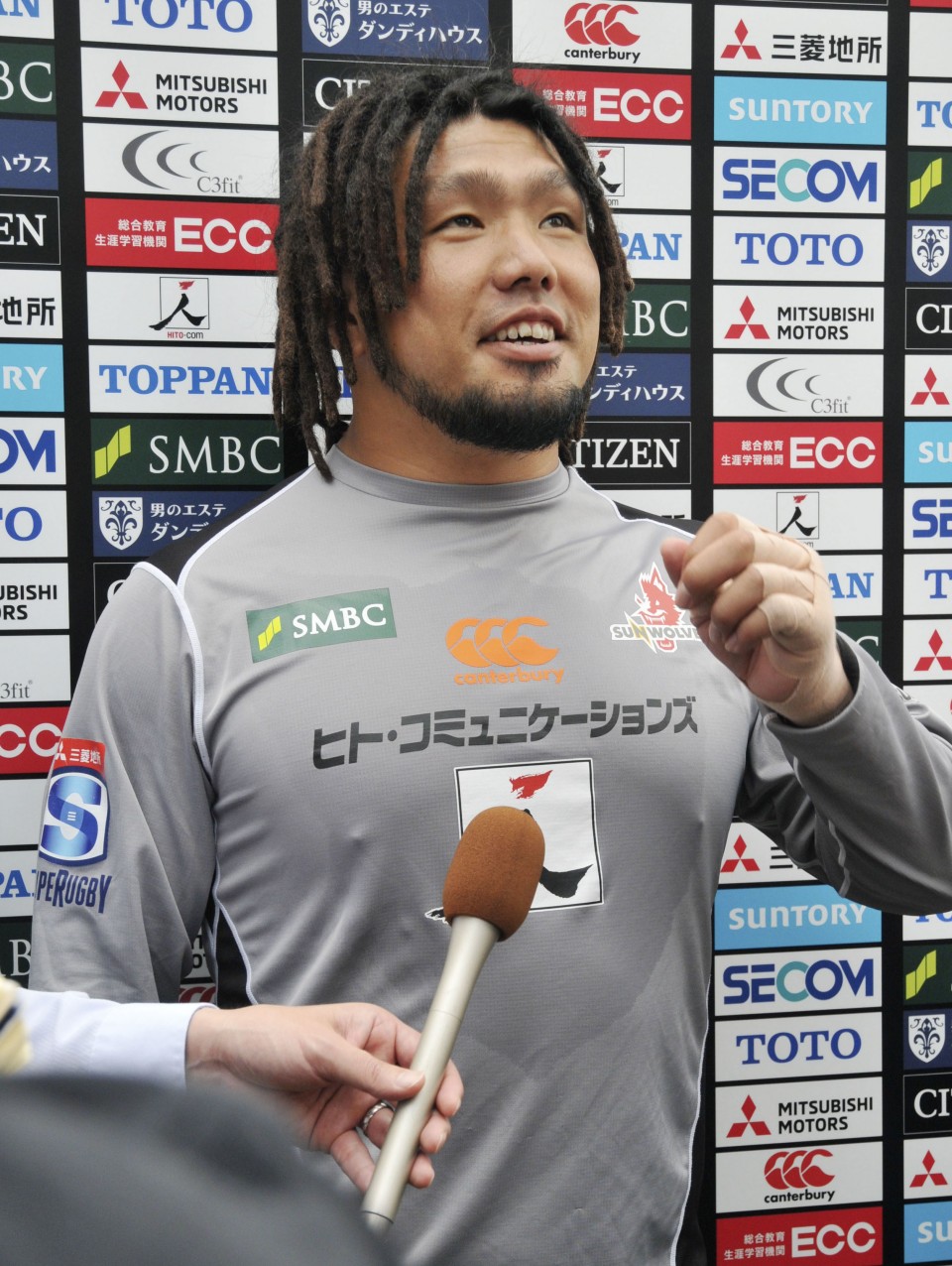 (Shota Horie speaks to the media)

But Highlanders captain Luke Whitelock saw enough in the first half to say it was still an area his side were concerned about.

"It's not been as good as they (the Sunwolves) would like, but when they do it get right they are very dangerous and can score from it," he said.

That was evident last week when Rahboni Warren-Vosayaco's break from an early line-out set up Semisi Masirewa for the home team's first try. And Tanaka and Parker will be hoping the forwards can play like that for the full 80 minutes so they can give plenty of go-forward ball to the dangerous backs outside them.

"They are a dangerous team and we will have to be at our best tomorrow night," said Highlanders coach Aaron Mauger, whose older brother Nathan was an assistant coach with the Sunwolves in 2016, their inaugural season, and whose current assistant, Mark Hammett, was the Sunwolves' first head coach.

While Tanaka, Parker and Emery get a chance to one-up their former teammates, it looks likely that flanker Dan Pryor will have to watch from the stands.

Pryor, who has led the side recently in the absence of Michael Little and Craig Millar, looked to be struggling with the foot injury he picked up last week, and Shuhei Matsuhashi spent most of the captain's run at openside flanker.

"The first half last week was the best 40 minutes we have played all season but we need to turn that into 80," said Tui. "We struggled in the second half to execute our roles so we need to focus on finishing our jobs."