Mt. Aso in the southwestern Japanese prefecture of Kumamoto had a minor eruption Friday following a similar event observed earlier this week, the weather agency said.

The eruption occurred at 8:24 a.m. at the No. 1 Nakadake crater, the same area as Tuesday's eruption, spewing smoke as high as 400 meters, according to the Japan Meteorological Agency.

There were no immediate reports of injuries, according to local police. 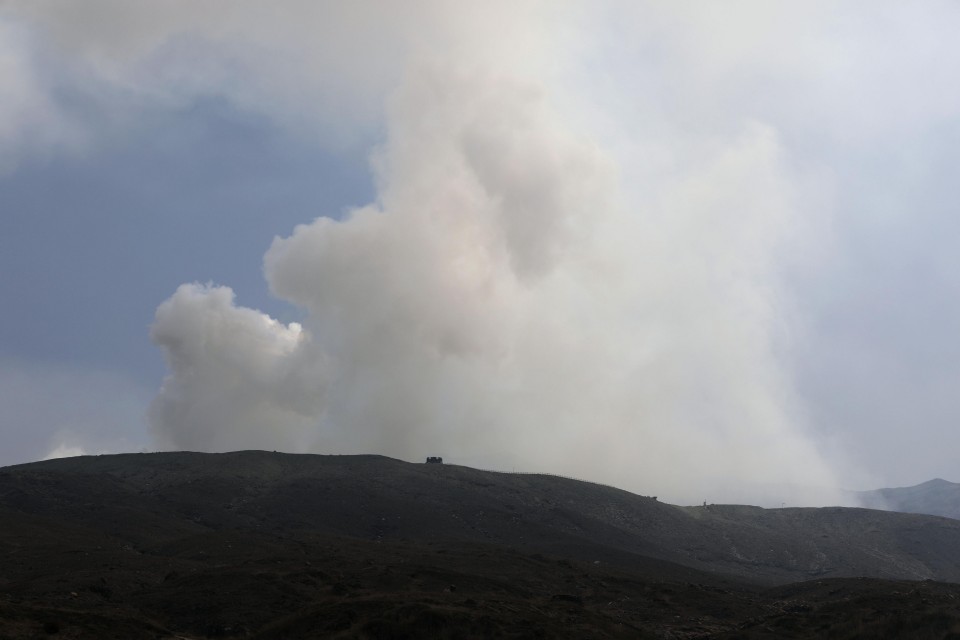 The agency maintained Mt. Aso's volcanic alert level at 2 on a scale of 5. This restricts entry to areas around the crater as even a small volcanic eruption can be dangerous, possibly spewing large flying rocks and causing pyroclastic flows.

The eruption on Tuesday was the first at the volcano since October 2016. Local municipalities have restricted entry to areas within one kilometer of the crater.

"As eruptions continue ahead of a big holiday, it is regrettable that tourists cannot visit the crater on the mountain," said an official of the city of Aso.

This year's "Golden Week" holiday in Japan starting on April 27 has been extended to 10 days to celebrate the upcoming imperial succession.