An Australian real estate organization became an unlikely star on social media on Monday, after the Japanese government said the country's new era will be named "Reiwa."

The Real Estate Institute of Western Australia, which goes by the acronym REIWA, experienced a flood of traffic to its website (http://reiwa.com, which is autodirected to http://reiwa.com.au) and social media platforms after the announcement from Tokyo. 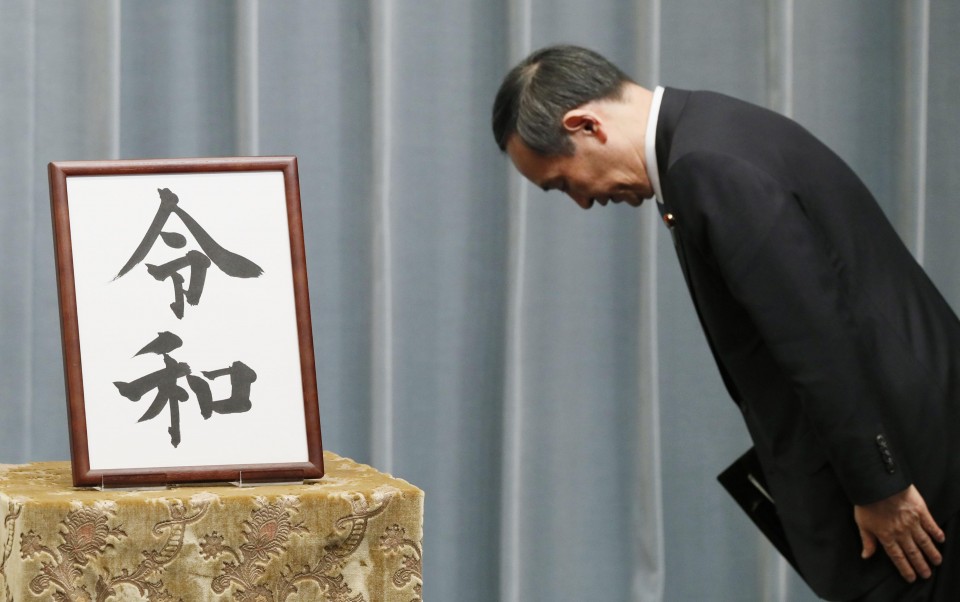 (Japan's Chief Cabinet Secretary Yoshihide Suga bows after his press conference at the prime minister's office in Tokyo on April 1, 2019, where he announced the name of Japan's new era, "Reiwa." The new era will begin May 1 when Crown Prince Naruhito ascends the throne to succeed his father Emperor Akihito.)

"We thought it was an April Fools' joke at first," CEO Neville Pozzi said in a phone interview. "We saw this tremendous spike in website activity and social media and thought 'What's going on here?'"

The Western Australian-based company is the umbrella body for the real estate profession in the state, advocating on behalf of agents and the industry when speaking to government.

Pozzi said the institute hopes it can embrace its newfound internet fame to "entice migration and foreign investment back into our state in a fun and light-hearted way."

The new era name will go into use on May 1, when Crown Prince Naruhito ascends the Chrysanthemum throne. The name was announced shortly before noon in Tokyo by the chief Cabinet secretary, Yoshihide Suga, at a televised news conference.

On Twitter, the #Reiwa topic, using the Romanized version of the new era's name was one of the top trending topics in Japan, along with the name written in Japanese kanji characters.

The CEO said that while social media users have casually made offers for the institute's domain name and Twitter handles, it has not received any monetary offers so far.

Pozzi said he was previously unfamiliar with the Japanese system of naming imperial eras but has found the happy coincidence to be a "steep but pleasant" learning curve.

After receiving several tweets of congratulation from Japanese Twitter users, the institute said on the social media platform that it is "excited to be sharing a name with the new Japanese era."

"I hope this era lasts for at least 30 years like the last one," Pozzi said, adding there is "nothing like free advertising."