Seattle Mariners rookie Yusei Kikuchi credited his nine pro seasons in Japan for his growth as a pitcher, as the left-hander winds up to make his second major league start and first in the United States, against the Boston Red Sox on Friday.

Kikuchi had been watched by major league scouts since his hard-throwing days at Iwate Prefecture's Hanamaki Higashi High School but opted to spend the first part of his career learning the fundamentals of the sport in Nippon Professional Baseball with the Seibu Lions.

"If I begin with my conclusion, I think it was good to play in Japan," Kikuchi told Kyodo News in a recent interview.

"I didn't finish all of those nine years smoothly, but besides injury (I learned) a lot of different things. I met people and learned the fine points of Japanese baseball. It was experience I needed."

One of NPB's top pitchers before his departure, Kikuchi named several of the skills he honed in Japan, where he went 73-46 with a 2.77 ERA.

"How pitchers interact defensively with the infielders and the slide step (for a quick delivery with runners on base), for example," he said.

"Also, in Japan pitchers are required to carefully gauge the batter's responses to different deliveries. I think I was able to improve those skills even at a time when I was losing games over and over again."

Kikuchi was solid in his first major league start at Tokyo Dome last Thursday, which was overshadowed by Ichiro Suzuki's emotional farewell. He struck out three while allowing four hits and two runs, one earned, over 4-2/3 innings and did not figure in the decision on home soil.

The 27-year-old said the biggest thing he learned from his 45-year-old retiring colleague was the value of being prepared. 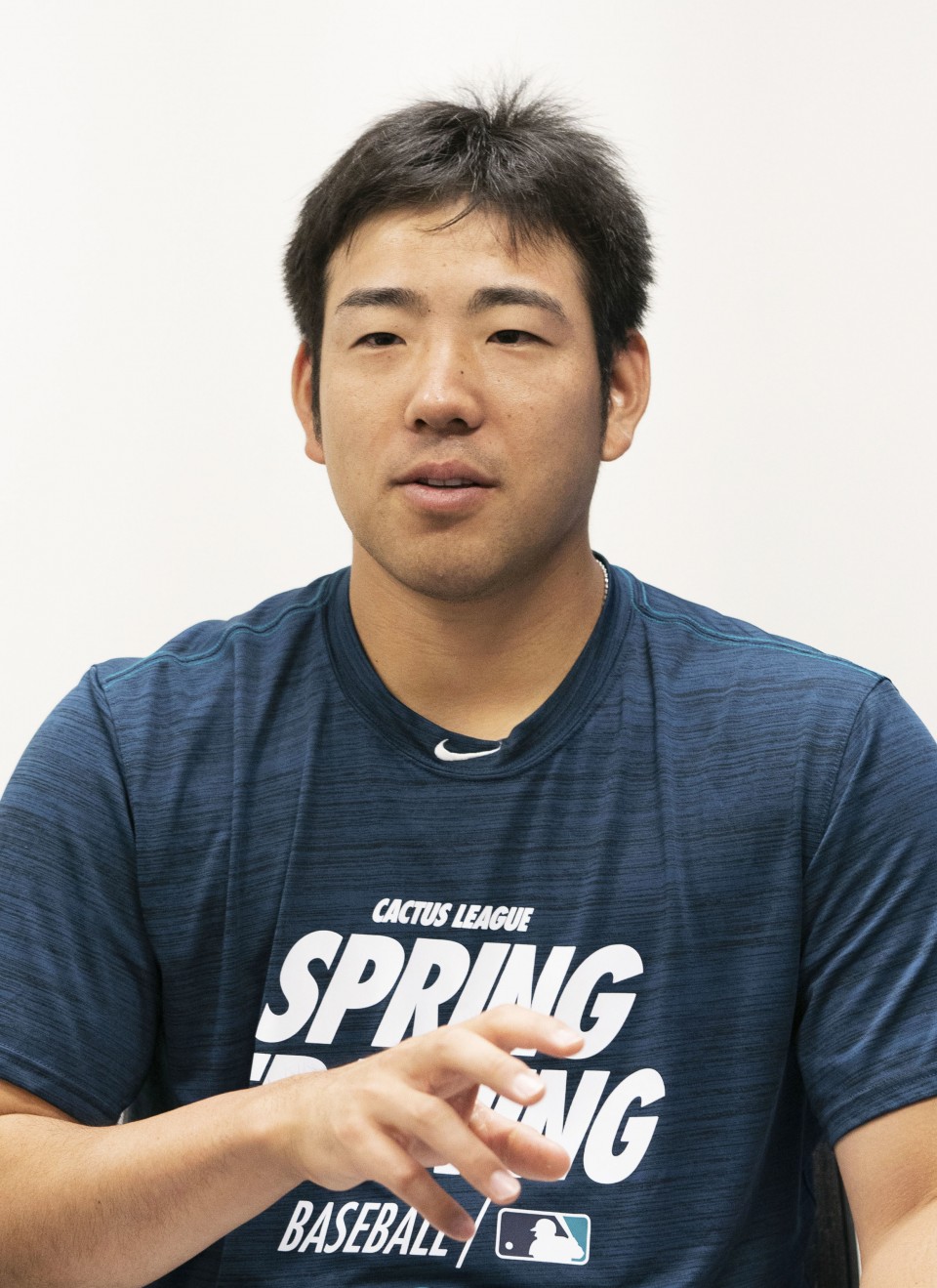 "Training from the first moment of practice until I'd enter the stadium, stretching until right before the warm-up, cleaning my glove as soon as the game is over...there are still a lot of things I have to do."

The big league rookie said he was awed by the talent and proficiency he saw from his new teammates during the Mariners' spring training camp in Arizona.

"The people who go out and produce are strong fundamentally," Kikuchi said. "Watching those batters and pitchers as they go through their routines, you get the impression that they just go about their business very dispassionately."

Kikuchi said, he too, will try to stick with what works for him, having developed a routine over the years since his teenage dreams of following in the footsteps of Suzuki and other Japanese players who have made the leap across the pond.

"There won't be any big changes," he said. "I feel that in order to produce, you have to think for yourself and stick to your routine."

Kikuchi also opened up about his activities off the field -- namely his extensive reading. The left-hander said he was a fan of historical fiction and shed light on some of his favorite authors.

"I often read historical novels -- Ryotaro Shiba, Fuyuji Domon. Aside from that, Kotaro Sawaki or things like nonfiction sports books. It's not especially useful or anything, just one of my hobbies, part of my daily routine."

These days, Kikuchi said he has been taken with the work of author Jiro Asada, best known to foreign readers for his short story collection "The Stationmaster."

The bibliophile said he recently read for the fourth time Asada's novel "When the Last Sword Is Drawn," which was later made into an award-winning film. Kikuchi said reading the same book at different times in his life has helped him put things into perspective.

"At that time I'll wonder how it's different from another time. I read the same book a year ago, but this time it's different. That's the fun of reading. I'll wonder if I've grown a little, or if I haven't changed -- that's the kind of feeling I get when I'm reading."

On Friday, Kikuchi and the Mariners will take on right-hander Nathan Eovaldi and the Red Sox in the second game of their home-opening series at Seattle's T-Mobile Park.