Toyota plans to send space rover to Moon in 2029

Toyota Motor Corp. said Tuesday it will jointly develop a rover to be sent to the Moon in 2029, amid fierce competition among countries in exploring Earth's natural satellite.

Toyota unveiled the project with the Japan Aerospace Exploration Agency to build a rover that can be powered by fuel cells and enable astronauts to live inside it for a certain period without wearing space suits, the first such development in the world.

JAXA is planning to send manned missions to the Moon between 2029 and 2034.

"It is the greatest joy for engineers to be involved in projects on the surface of the Moon. I'm really excited," Shigeki Terashi, an executive vice president of Toyota, told a symposium held by JAXA in Tokyo. 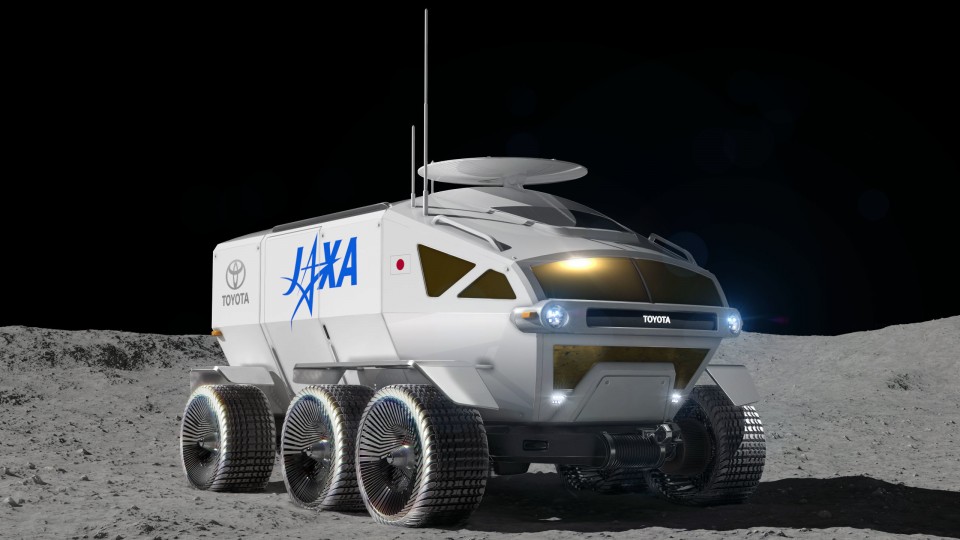 The rover will be 6 meters in length, 5.2 meters in width and 3.8 meters in height, and has a living space of 13 square meters for up to four people, according to their study.

The tie-up comes at a time of growing international competition in lunar explorations.

The United States is planning to build an outpost high above the Moon, while China announced in January it had successfully landed an unmanned probe on the dark side of the satellite for first time ever. Last month, Israel launched its first lunar lander in a privately-funded mission.

JAXA, which succeeded in February in having the Hayabusa2 probe touch down on a distant asteroid, is now focusing on using the technology to achieve a controlled touchdown on the Moon's surface.

It is also planning to land an unmanned probe in the 2020s among other projects before sending the rover to the Moon on an American rocket in 2029.