After the bail money is paid and if all goes smoothly, Ghosn could walk out of the Tokyo Detention House possibly Wednesday. Late Tuesday, the Tokyo District Court rejected an appeal from prosecutors.

List of court-approved conditions for Ghosn's release on bail 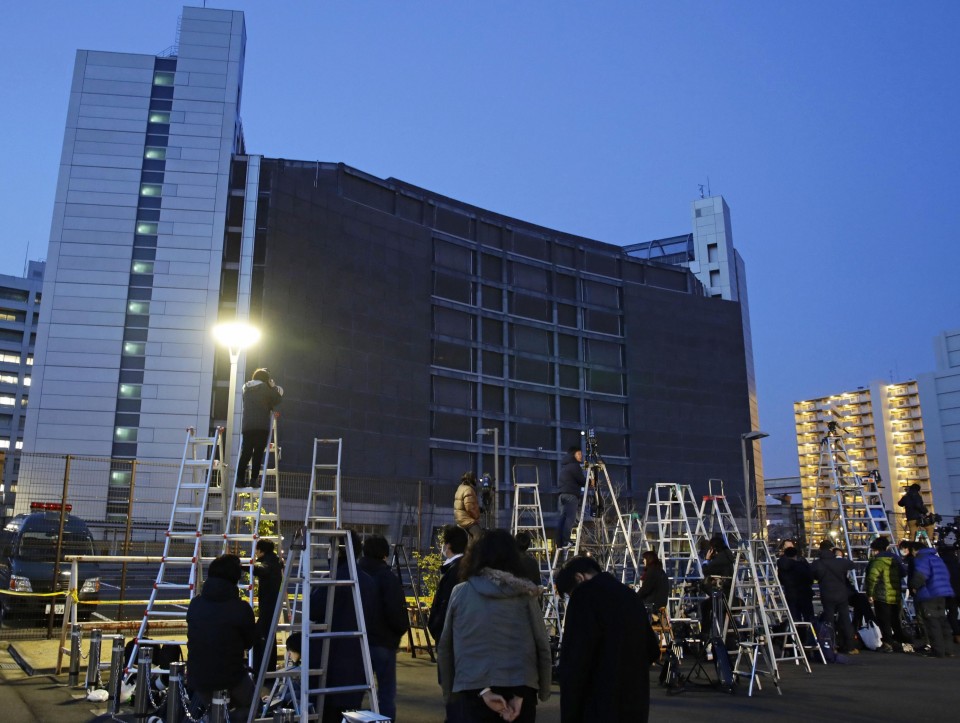 The court granted bail to Ghosn in exchange for conditions such as the 64-year-old former executive remaining in Japan, only accessing a computer in his lawyer's office during the day, as well as the installation of a security camera at the entrance of his residence.

If released, Ghosn will have limited use of mobile phones and will also be banned from contacting Nissan executives and other people potentially linked to the allegations. But he will be allowed to attend board meetings at Nissan, where he remains a director.

A lawyer for the once-feted auto tycoon said the 1 billion yen will possibly be paid Wednesday as bail payment is typically not accepted during nighttime.

It is rare for a Japanese court to grant bail for a defendant who denies charges before the pre-trial process of narrowing down dispute points has started.

Renault CEO Thierry Bollore told reporters in Geneva the French automaker's board will not seek the reappointment of Ghosn as a director at a shareholders' meeting in June, while refraining from giving his view on the court decision to grant bail to the company's former chairman and CEO.

The lengthy confinement of Ghosn, who has denied the allegations, has been likened to that of a "hostage" by his defense team, his wife Carole and some human rights groups.

The bail request, made Thursday, was the third for Ghosn and the first by his new defense team that took over in mid-February. His previous attempts in January were rejected by the court, apparently out of concern he could somehow destroy evidence.

Hironaka is known for his successes in winning acquittals in high-profile cases in the country where the conviction rate was around 98 percent in 2017 and 2018.

Ghosn has been accused of understating his remuneration by around 9 billion yen ($80 million) in Nissan's securities reports over the eight years through last March.

He is also charged with aggravated breach of trust for having transferred 1.85 billion yen in personal losses from derivatives contracts to Nissan in 2008, and having the automaker pay $14.7 million to Khaled al-Juffali, a Saudi businessman who extended credit to him.

Prosecutors meanwhile are continuing their investigation over other overseas transactions involving Ghosn that Nissan officials claim to be opaque, investigative sources said earlier.

They have been focusing on some 3 billion yen that Ghosn borrowed from the founder of a Nissan dealer in Oman, which occurred at the same time he incurred investment losses, and another loan of 3 billion yen that Nissan extended to an executive of a dealer in Lebanon between 2012 and 2016, the sources said.

Ghosn appeared at the court in January to seek an explanation for his continuing detention, making his first public appearance since his arrest. The court at the time said he needed to be detained on the grounds he might destroy evidence or flee Japan.

Ghosn's close aide Greg Kelly, a former representative director at Nissan, who was also arrested in November for alleged conspiracy in the understatement of Ghosn's remuneration in securities reports, was granted bail in December. Kelly has also denied the allegations.

While in detention, Ghosn has been stripped of top executive posts at the three-way auto alliance group he created as chairman of Nissan, Renault SA and Mitsubishi Motors Corp. He was replaced as Renault Chairman by Jean-Dominique Senard after tendering his resignation while in detention.

Ghosn's departure has focused attention on who will assume the chairmanship of Nissan, a post that remains vacant since his dismissal.

Nissan is hoping to avoid having the new Renault chairman assume its chairmanship, as was the case with Ghosn, while the French automaker apparently wants to lead the alliance by having Senard double as Nissan chairman, sources close to the matter said earlier.

The two companies also disagree over whether they should review their cross-shareholding agreement.

Renault holds a stake of more than 40 percent in Nissan while the Japanese company owns around 15 percent of Renault, a structure that some Nissan executives view as unrepresentative.