Gov't to stick to Okinawa base plan despite referendum result

The Japanese government said Monday it will proceed with the controversial relocation of a U.S. air base within Okinawa Prefecture despite over 70 percent of voters rejecting the move in a nonbinding local referendum. 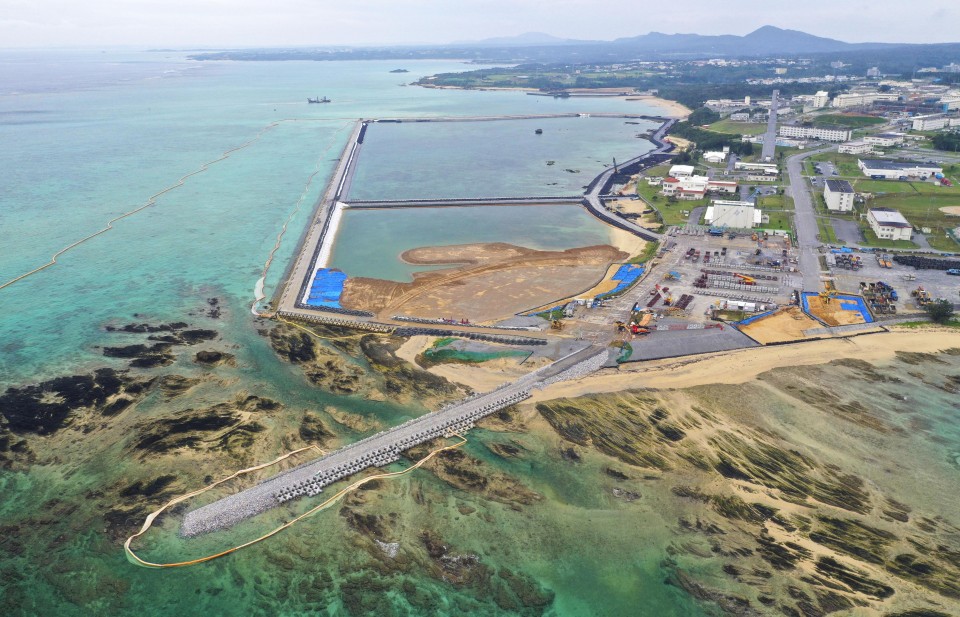 The prime minister said he "sincerely" accepts the outcome of the referendum and vowed to continue "all-out efforts to alleviate the base-hosting burden" on residents of the southern island prefecture, while engaging in "dialogue" with the Okinawa government.

Defense Minister Takeshi Iwaya told reporters separately that his ministry would advance the relocation work, while continuing to explain the necessity of the transfer plan to the people of Okinawa "in a polite and cordial manner to seek their understanding."

The central government has been pushing ahead with work to build a replacement facility for the U.S. base, currently located in a crowded residential area of Ginowan. Construction is under way in the Henoko district of Nago, a less densely populated coastal zone.

While many residents have hoped for the Futenma base to be moved outside the prefecture, the central government maintains that the current relocation plan is "the only solution" for removing the dangers posed by the Futenma base without undermining the deterrence provided by the Japan-U.S. security alliance.

Abe said not proceeding with the relocation would mean the Futenma base remains as it is. Tokyo and Washington agreed in 1996 for the land used for the base to be returned providing a replacement facility was built in Okinawa.

U.S. Ambassador to Japan William Hagerty told reporters during a visit to Osaka on Monday there is "no change" in the U.S. policy of supporting the relocation plan. 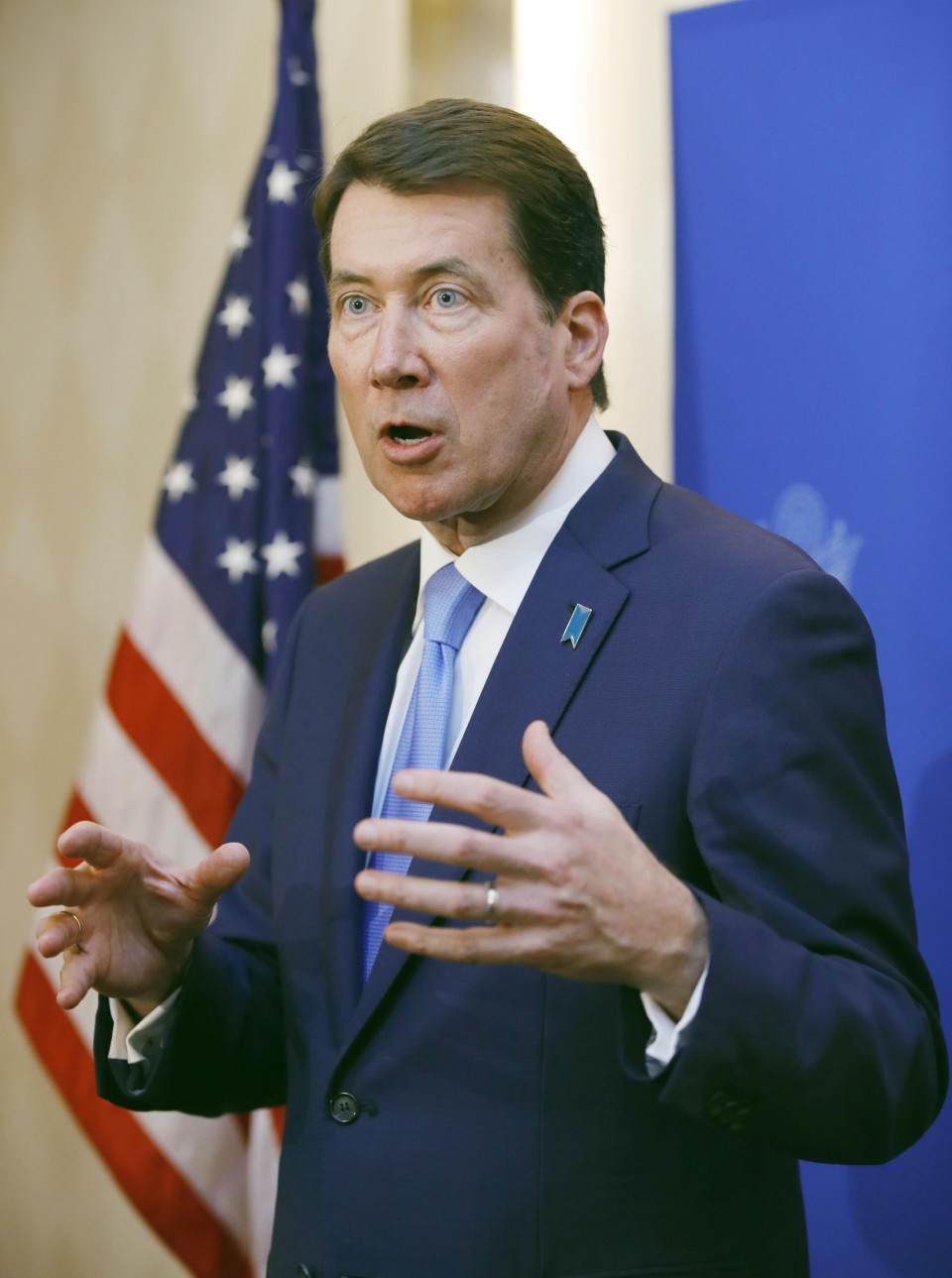 "I appreciate the support of the people of Okinawa. We have a very good relationship with them now and I look forward to continuing that good relationship. But at the same time I want to emphasize that the only option on the table today is the facility in Henoko to relieve the pressure and the need to get out of the more concentrated, more densely populated facility there at Futenma."

Okinawa Gov. Denny Tamaki on Monday strongly urged the central government to "accept the resolute intention" of Okinawa residents, shown in the referendum, to reject the base transfer and to "immediately halt the construction work."

With over a quarter of registered voters in the prefecture rejecting the base plan in the referendum, Tamaki, who won the gubernatorial election last September by campaigning to block the relocation, is required to abide by the outcome.

In addition, Abe and U.S. President Donald Trump will be officially notified of the outcome under the terms of the referendum ordinance, which requires notification if more than a quarter of registered voters back any of the three options -- support for the relocation plan, rejection or neither.

Tamaki is arranging to visit the prime minister's office and the U.S. Embassy in Tokyo on Friday to convey the outcome of the referendum and seek dialogue, a senior Okinawa prefectural government official said.

The local government is considering filing a fresh lawsuit after a dispute resolution panel last week rejected a complaint Tamaki had lodged over the central government's authorization in October of landfill work for the base relocation.

In Okinawa, antibase campaigners gathered in front of a gate at the U.S. Marines' Camp Schwab, adjacent to the Henoko relocation site, to protest the central government's stance of sticking to the planned base relocation without heeding the outcome of the plebiscite.

"The referendum outcome was no surprise. I hope the government will respect the will of the local residents," said Hideo Takahashi, a 66-year-old resident of Ginoza village neighboring Nago.

Opponents of U.S. base transfer call on gov't to listen to Okinawa