Yokozuna Hakuho has been placed in pole position for his push for a 42nd career championship when the rankings for March's Spring Grand Sumo Tournament were published Monday.

For the first time in exactly five years, wrestlers will enter the raised ring with just two yokozuna at the top of the Japan Sumo Association's rankings. In March 2014, Kakuryu captured his maiden championship and was promoted to yokozuna after two straight 14-1 records.

From March 10 to March 24 at Edion Arena Osaka, Kakuryu and Mongolian compatriot Hakuho will be the only two grand champions. They will be expected to stave off the advances of sumo's young guns, led by 26-year-old komusubi Mitakeumi and 22-year-old sekiwake Takakeisho.

Although Hakuho posted a 10-4 record in January, it was a testament to his superior technique and poise in the ring rather than his strength. He won his first 10 bouts before running out of steam and withdrawing at the end of the tourney. 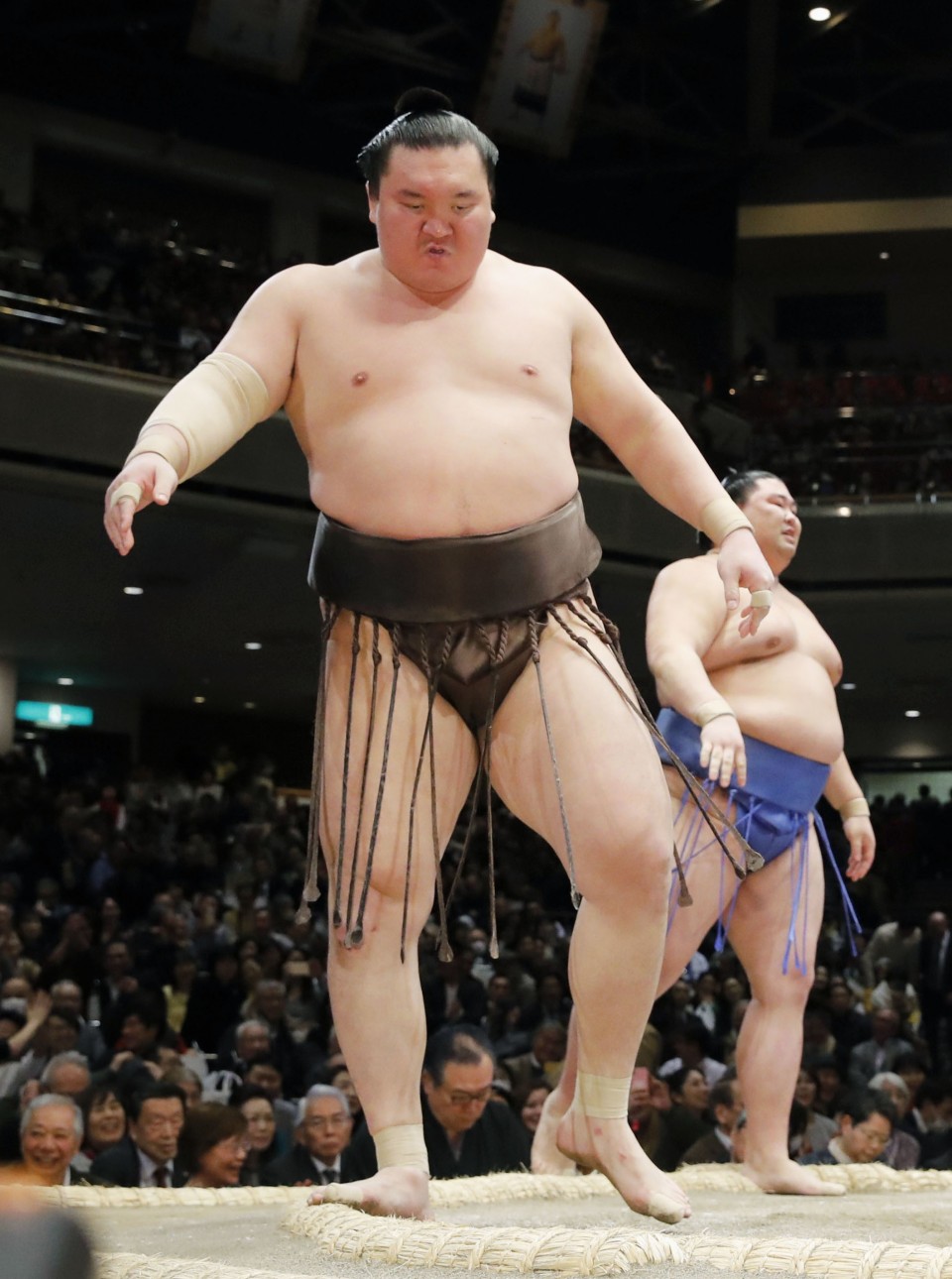 Kakuryu missed all of November's grand tournament with a right-ankle injury and had to pull out of the New Year tourney due to pain in the same joint.

Takayasu leads the ozeki triumvirate after he and Goeido managed 9-6 records in January. Georgian strongman Tochinoshin has not been a force in the ring since he went 13-2 last May, and will be demoted to sekiwake if he fails to get eight wins in Osaka.

Takakeisho and January champion Tamawashi are back at sekiwake for the second straight tournament and both are strong candidates for promotion to ozeki.

Although he won the 33 bouts over three tournaments that are considered a minimum for ozeki promotion, Takakeisho's 9-6 mark last September was held against him. The JSA's judging panel that decides on wrestlers' promotion indicated he will need 10 or more wins in Osaka.

Mongolian Tamawashi, who is the oldest wrestler in sumo's top-4 ranks, is in a similar situation as Takakeisho. He has 22 wins over his prior two tournaments, but went 9-6 in November, so 11 wins in Osaka might not be enough for him to rise to the second highest rank.

July's champion, Mitakeumi, managed only eight wins in January, but remarkably did so despite sitting out three bouts with injury. His komusubi partner, Hokutofuji, is making his debut in the "sanyaku" -- the three elite ranks below yokozuna -- after going 9-6 in January as a No. 2 maegashira.

This tournament will see five wrestlers rise from the second-tier juryo division into the 42-man makuuchi field. Of those, No. 13 Tomokaze, No. 14 Terutsuyoshi and No. 16 Daishoho, will be moving up to the top flight for the first time.

The 24-year-old Daishoho becomes the 25th Mongolian to compete in sumo's upper echelon, and it marks the first time since May 2013 that three wrestlers have made their makuuchi debut in the same tournament.

No. 14 Toyonoshima is making his makuuchi comeback after going 10-5 in January. The former sekiwake is joined by No. 15 Ishiura.