Uno, who finished fourth in Thursday's short program, blew away the competition at the Honda Center in Anaheim with an overall score of 289.12. His free skate to Beethoven's "Moonlight Sonata" featured three quads, two toe loops and a flip, earning a record 197.36 from the judges. 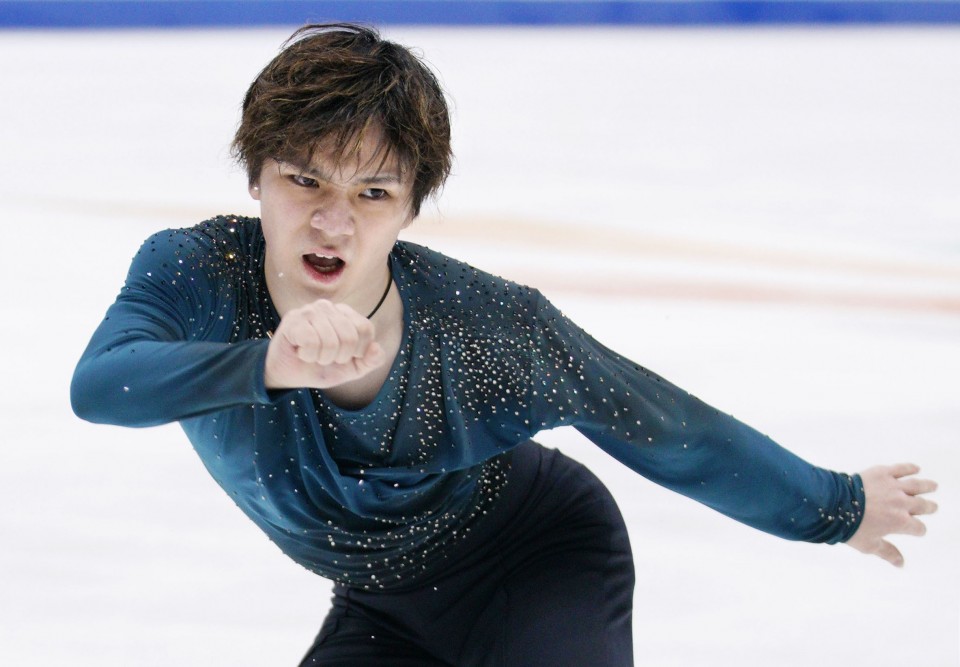 "I told myself that I could do it and skated without thinking about anything," the 21-year-old Pyeongchang silver medalist said.

"As soon as the free skate ended, I didn't feel happy, I just felt that I had seen it through to the end. I thought it was crucial to just not give up."

China's Jin Boyang, who beat Uno for gold at last year's Four Continents, finished second with 273.51, while American Vincent Zhou fell from first to third with 272.22.

Among other Japanese skaters, Keiji Tanaka was seventh and Kazuki Tomono finished 12th.

Uno's score surpassed the previous high of 190.43 recorded by compatriot Yuzuru Hanyu on Nov. 4 in the ISU Grand Prix's Helsinki competition. Scores from this season alone and onward count toward world records, following the ISU's revision of its scoring system last July.

Following Rika Kihira's victory on Friday, it marked the first time since 2014 that Japanese skaters won both the men's and women's Four Continents' singles championships.

The men's field was missing two of the biggest names -- two-time Olympic gold medalist Hanyu and reigning world champion Nathan Chen. Hanyu is recovering from a right ankle injury, while Chen opted to focus on his studies as a freshman at Yale University.

The Four Continents is the final tune-up event prior to March's world championships in Saitama. The four-day meet concludes Sunday with the ice dancing free dance and an exhibition gala. 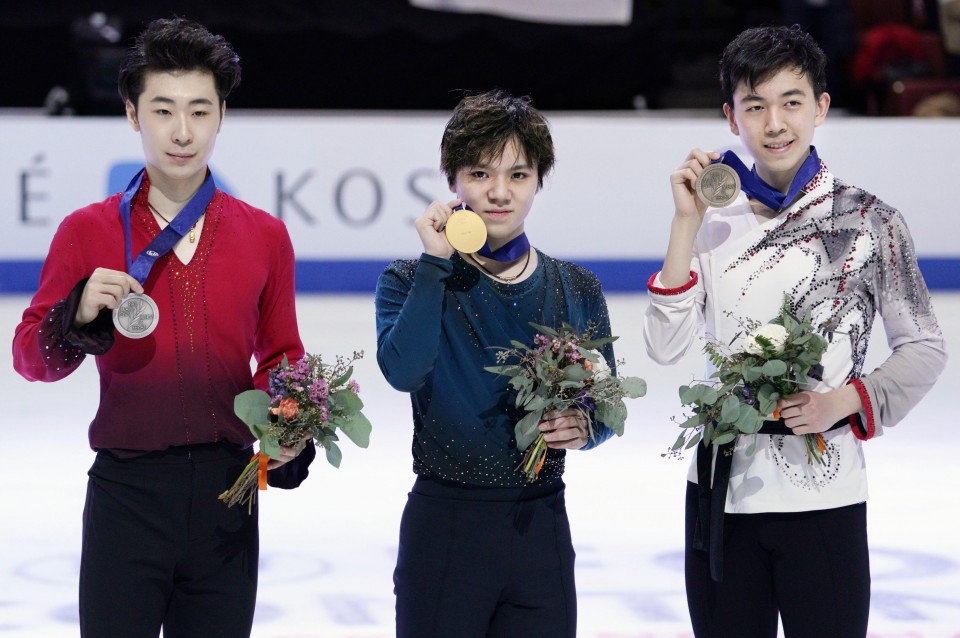 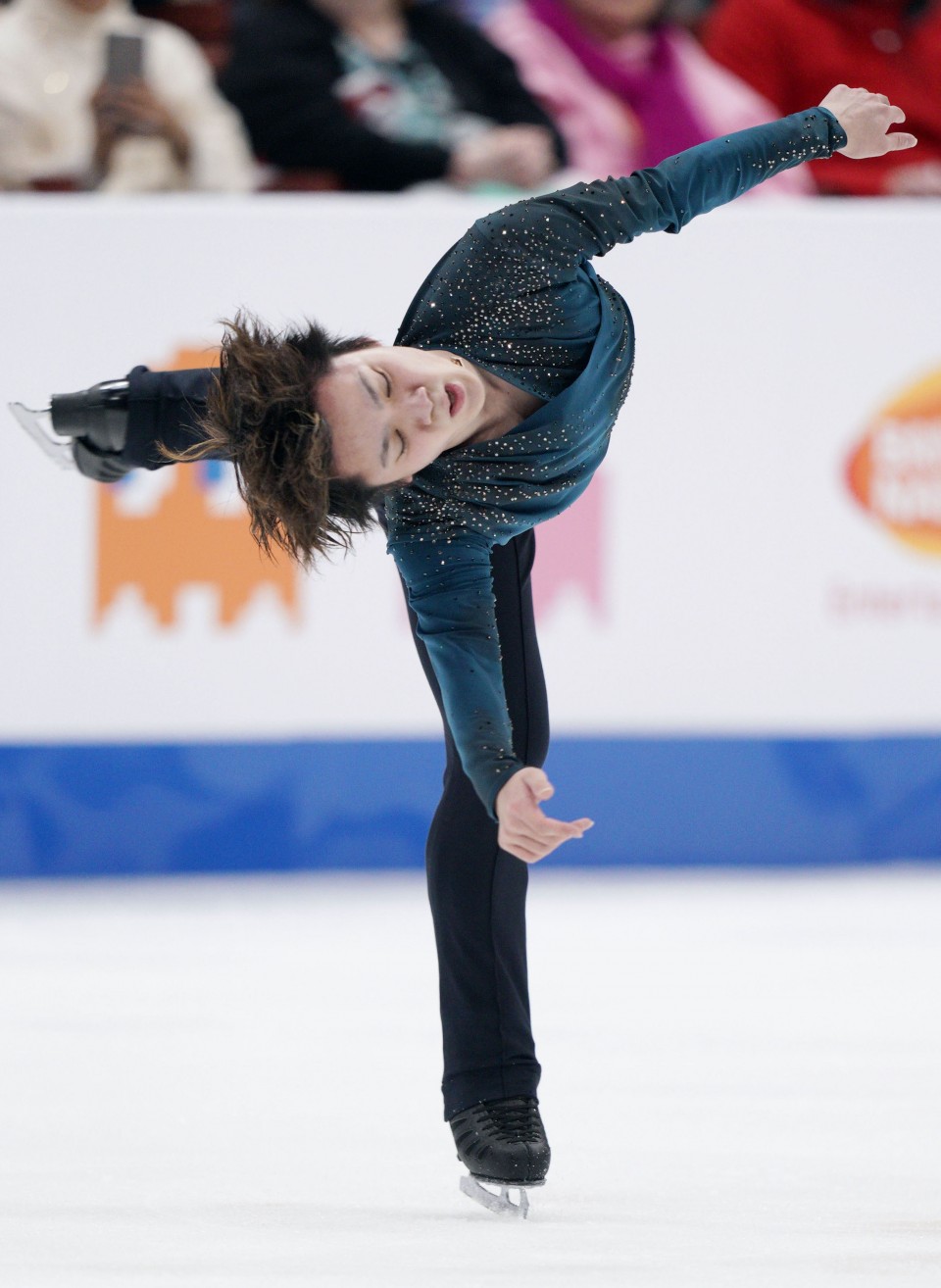 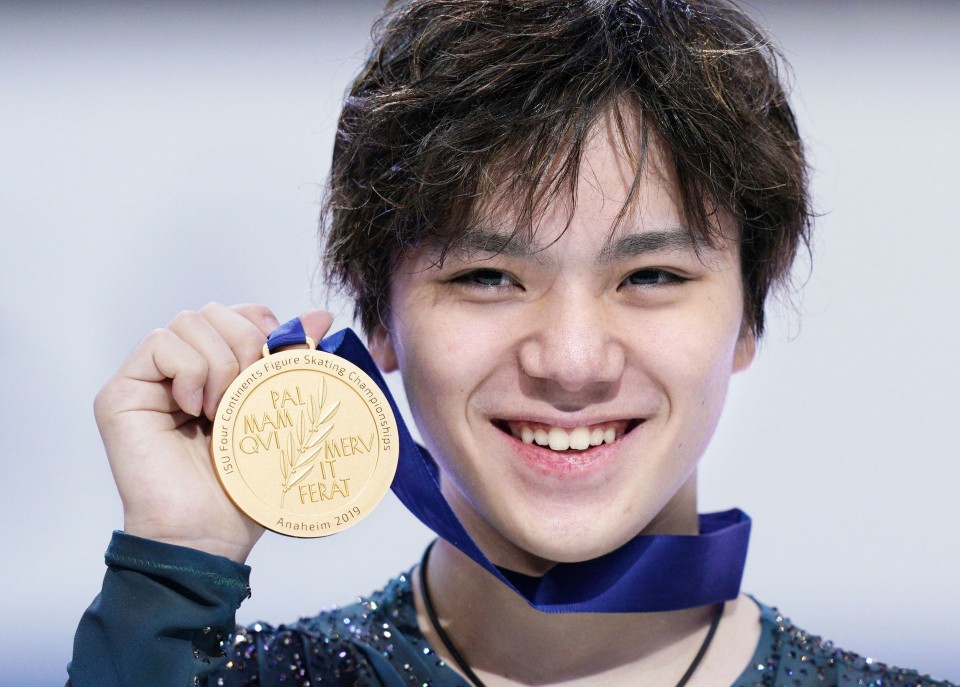