Expectations have been growing in Pyongyang for an economic breakout ahead of a planned second U.S.-North Korea summit later this month, as the latest information and electronics technologies become increasingly visible in the country's showcase city.

Some locals have expressed hope that North Korea's economy will be revitalized thanks to an improvement of its ties with the United States, which has been reluctant to ease economic sanctions aimed at ending Pyongyang's nuclear and missile programs. 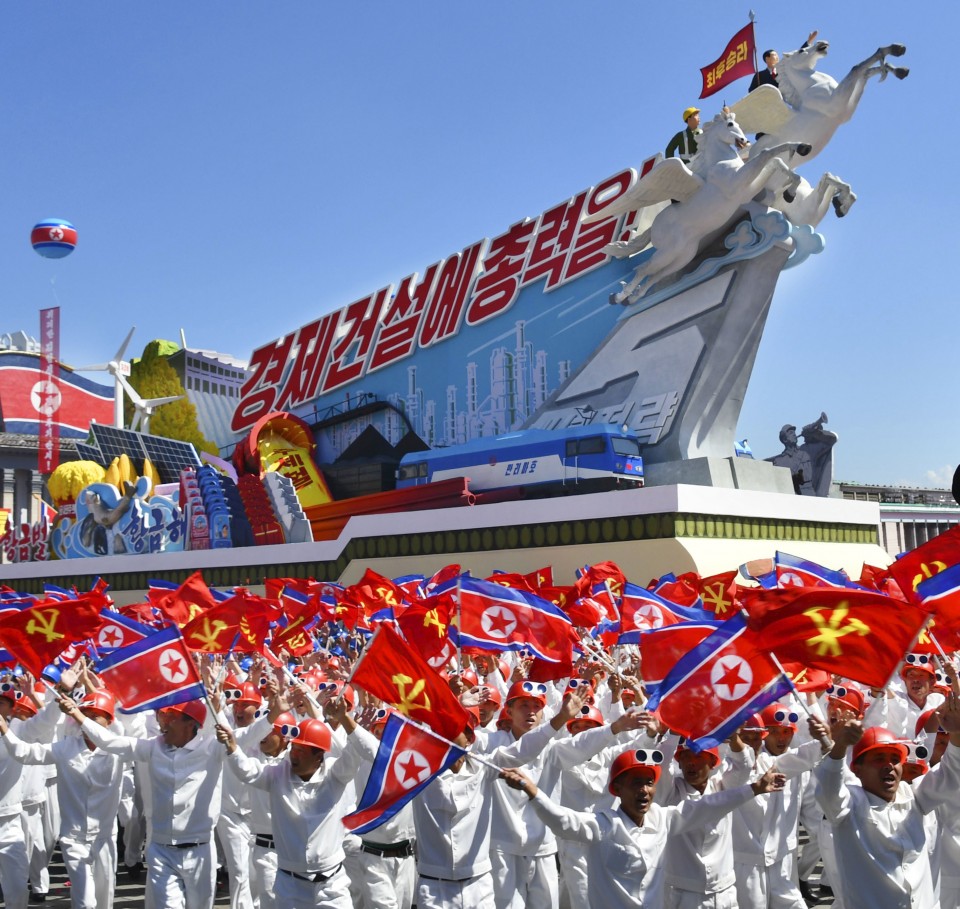 In Pyongyang, meanwhile, a Wi-Fi internet service has begun in a hotel and political slogans in public spaces have started to be flashed on digital displays, with solar panels installed across the city to generate electricity.

Until several years ago, slogans promoting nuclear weapons and ballistic missile development as well as lambasting "U.S. imperialism" had been prevalent in North Korea, but they are no longer noticeable, at least in Pyongyang.

Recently, banners and placards emphasizing the importance of economic construction have been put up in the city, underscoring North Korea's seriousness about boosting the nation's economy rather than bolstering its arms capability.

Prices of daily goods are mostly unchanged and people have been going about their lives as usual in Pyongyang, despite observations by many analysts that North Korean economy has stagnated against a backdrop of international economic sanctions.

On weekends, restaurants and leisure facilities, such as a sports club where citizens enjoy table tennis, squash and sauna baths, are full with visitors. Traffic flows along much the same as before, with congestion apparent during rush hours in some central areas of the city.

At Pyongyang's Potonggang Hotel, guests have been allowed to have access to internet via Wi-Fi since late last year, locals say. Digital displays, set up in several places in the capital, have alternately been projecting various slogans.

"Because we have completed the state nuclear force, we will devote all efforts to economic construction and improvement of people's lives ahead," Yu Kwang Sung, a 35-year-old government official, told Kyodo News.

Kim Jin Sung, a 27-year-old IT researcher, also said, "I hope our country's relations with the United States will improve further," indicating he believes that a thaw in ties with Washington will contribute to North Korea's economic prosperity. 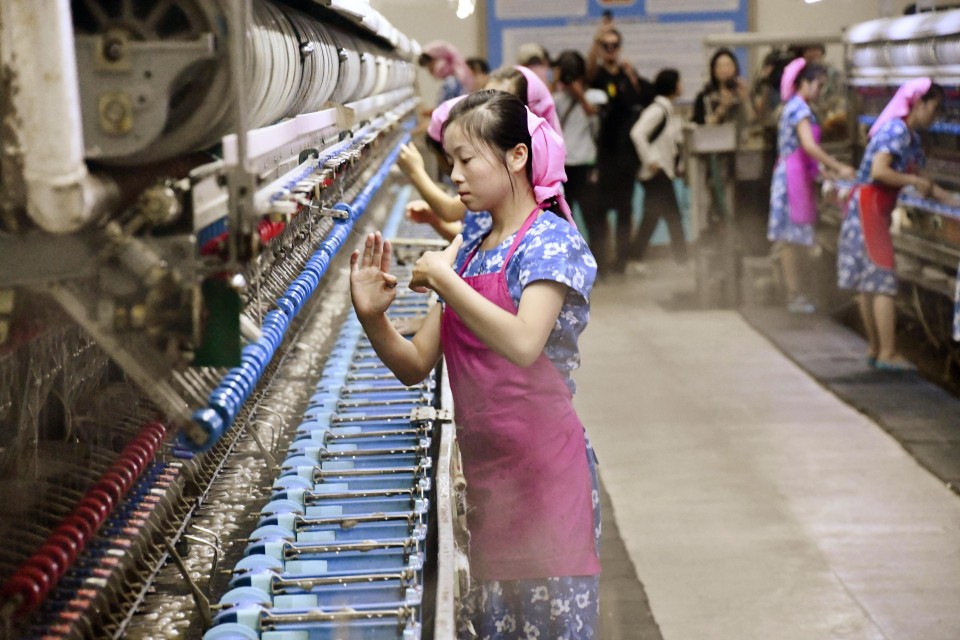 The United States and North Korea remain technically at war as the 1950-1953 Korean War -- in which U.S.-led multinational forces fought alongside the South against the North, backed by China and the Soviet Union -- ended in a cease-fire.

At their historic first summit in Singapore on June 12, 2018, Kim Jong Un and Trump agreed that the United States would provide security guarantees to North Korea in return for "complete denuclearization" of the Korean Peninsula.

In their upcoming direct talks, Kim is likely to strongly urge Trump to ease international economic sanctions and allow it to receive humanitarian aid from other countries, foreign affairs experts say.

North Korea's most influential newspaper also said on the same day that the nation will develop "external relations with all the countries which respect the sovereignty of the DPRK and are friendly toward it irrespective of differences in idea and social system."

North Korea is willing to "shake hands and create a new history" even with a nation with which hostilities were waged in the past, if it has the intention to improve ties now, the Rodong Sinmun added.

"Some North Korean officials are very confident about the next summit with the United States. They say they can show surprising and historical results after the summit," a source familiar with the situation in Pyongyang said.

So far, North Korean state-run media have yet to report on Kim's scheduled second summit with Trump, leaving many citizens in the capital unaware of the event.