Four people were injured and hundreds of others left stranded in train carriages and at an airport early Friday after a magnitude 5.8 quake hit Japan's northernmost main island of Hokkaido the previous night.

While no major damage has been reported from the quake which struck at 9:22 p.m. Thursday, more than 100 households suffered a temporary water outage in the hardest-hit town of Atsuma, already pounded by a major quake last September. Transportation services were disrupted elsewhere and there were reports of small-scale avalanches. 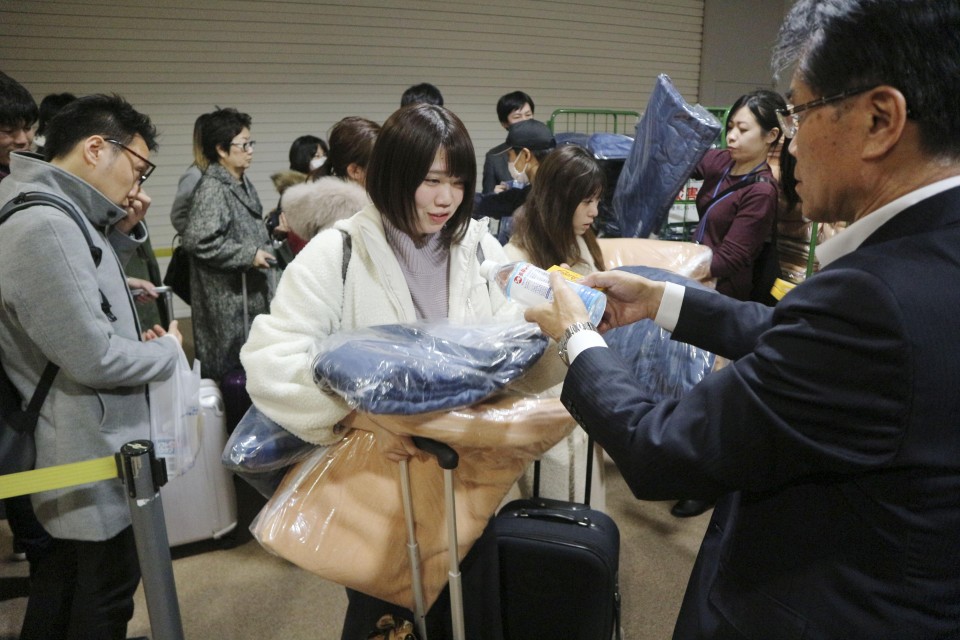 (People receive water and blankets after being stranded at New Chitose Airport.)

Two women and two men in Tomakomai and Sapporo sustained minor injuries after falling during the quake.

Some 680 people were temporarily stranded in train carriages on the JR Chitose Line and about 170 people were forced to spend the night at the New Chitose Airport, the region's main air gateway.

"I was anxious because I didn't know when I can return home," said Takahiro Shibuya, 17, who was waiting for his mother to pick him up at Shimamatsu Station in the city of Eniwa.

The high school student from Chitose said he was on his way home from a cram school in Sapporo when the trains stopped, leaving he and his fellow passengers stranded for about four hours.

"Bus services from the airport to Sapporo had ended, and I could not wait for taxi for hours in the sub-zero temperatures," said Manami Imano, 35, who was on a business trip from Tokyo. 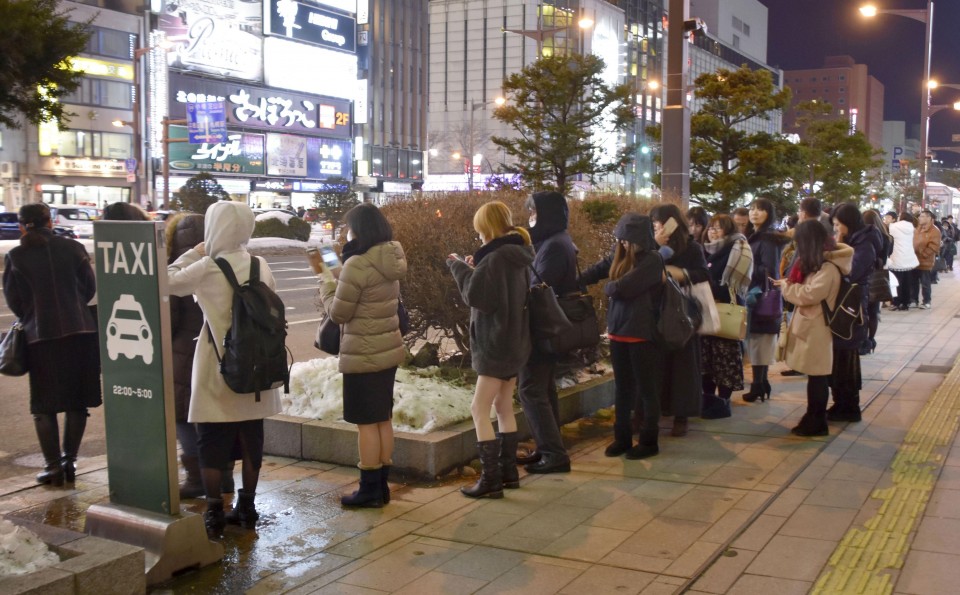 (People line up for taxis late at night in Sapporo as public transportation was disrupted.)

In September, Hokkaido was hit by a magnitude 6.7 quake, which claimed more than 40 lives and injured about 760 people as well as cutting power to millions of homes across the region. The town of Atsuma was hit by deadly landslides triggered by the quake.

Chief Cabinet Secretary Yoshihide Suga said the government has yet to confirm any major landslides or avalanches caused by the latest quake.

"I could not stop shaking thinking about the previous quake," said Atsuma resident Eiko Nakaya, 71, as she received food and water from local authorities.