Trump took up the matter and delivered Abe's message on Wednesday evening when the two-day summit began in Hanoi. How Kim responded was not immediately known, but Abe stressed his readiness to directly talk with Kim about the abductions of Japanese citizens in the 1970s and 1980s, an issue which has prevented Tokyo and Pyongyang from normalizing diplomatic relations.

"Japan will closely cooperate with the United States in addressing the (North Korean) abduction, nuclear and missile development issues," Abe told reporters after talking with Trump over the phone to be briefed on the U.S.-North Korea summit in Hanoi. "I'm determined that I by myself have to face Mr. Kim next."

Trump and Kim failed to agree on steps toward denuclearization by the North as Washington rejected Pyongyang's call for lifting economic sanctions against it. 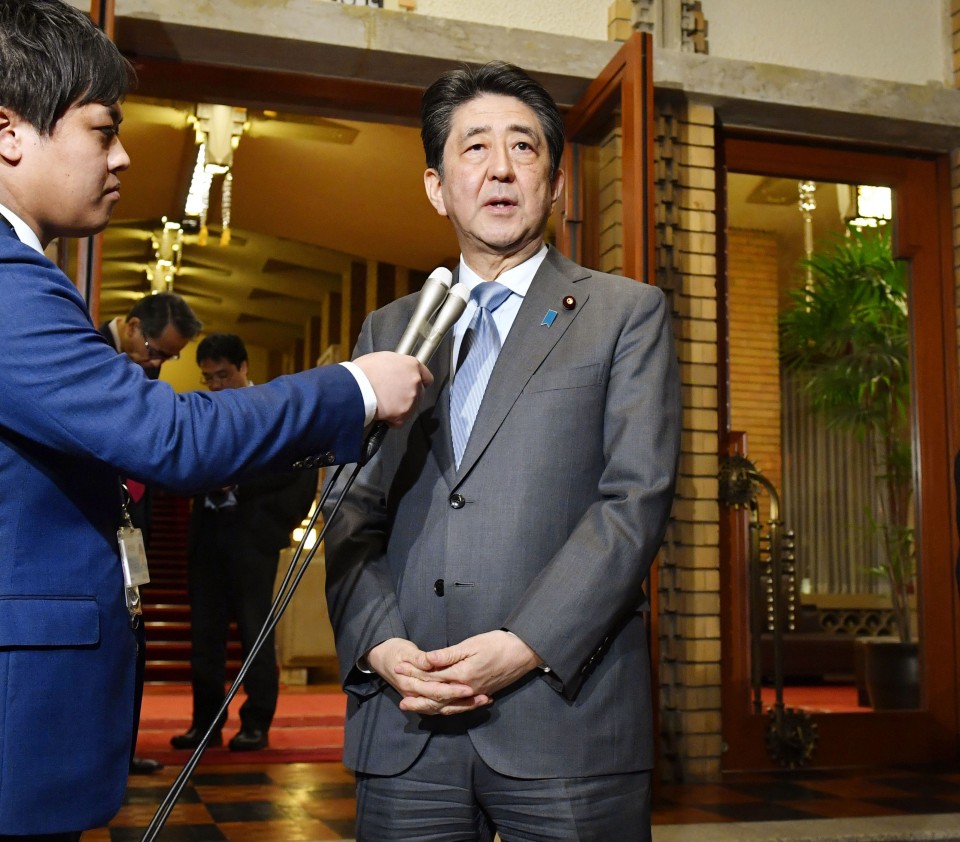 (Abe speaks to reporters at his office in Tokyo on Feb. 28. 2019 after holding a teleconference with Trump.)

His remark indicated Tokyo's concern that the United States might be forced to make compromises that would negatively affect Japanese interests in return for achievement in dealing with North Korea.

Japan officially recognizes 17 citizens as having been kidnapped by North Korea and suspects the country's involvement in many more disappearances.

Five of the 17 were repatriated in 2002, but Pyongyang claims that eight have died and the other four were never in the country.

Family members of the abductees said they hope the Japanese government will continue to work toward the return of their loved ones.

"Prime Minister Abe knows how we feel. I hope he takes every opportunity, no matter how small, to resolve the issue," said Shigeo Iizuka, 80, who heads a group of representing the families. "We will never give up."

Fumiyo Saito, 73, whose younger brother Kaoru Matsuki went missing in 1980 while studying in Spain, said, "I was hoping for something new, but I knew it would be difficult because denuclearization was the main issue."

Japan also hopes North Korea will dismantle all weapons of mass destruction and missiles, including short- and medium-range ones that could hit the country, with Abe saying Pyongyang's nuclear and missile development programs have posed "a major threat to Japan."

Defense Minister Takeshi Iwaya told reporters after the Trump-Kim meeting, "I was expecting a development toward complete denuclearization. It's regrettable (the summit) didn't bear fruit."