A surprise announcement by all-male idol group Arashi that it plans to go on a hiatus at the end of next year continued to ripple across the country Monday.

"I'm shocked by the unexpected news," top Japanese government spokesman Yoshihide Suga said in a daily press conference after the five members of the group made public their decision on Sunday. 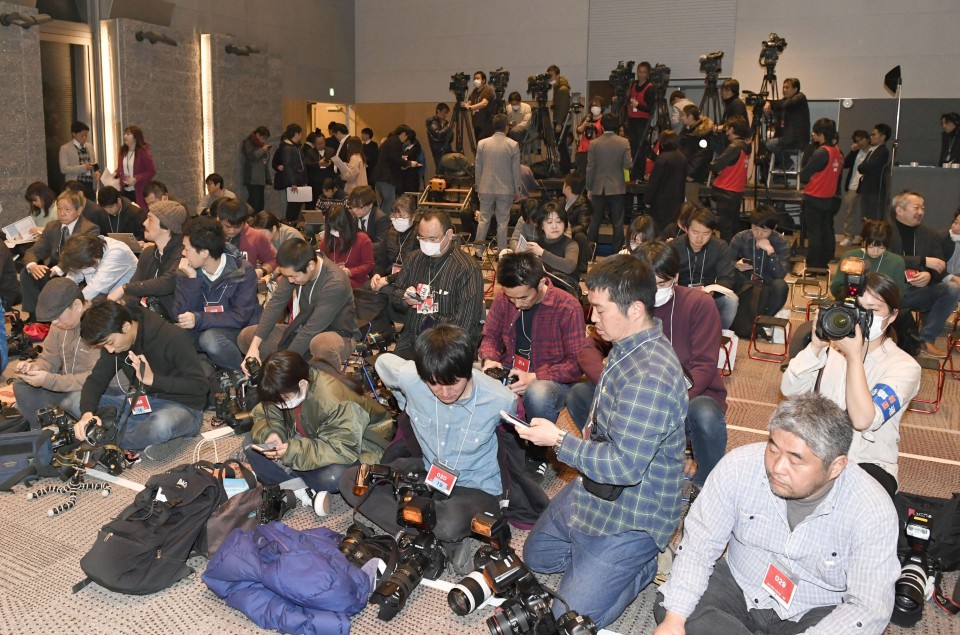 (Journalists gather for a press conference by Japanese male idol group Arashi in Tokyo on Jan. 27, 2019, at which the five-member group announced it will take a break from the end of 2020.)

"I just hope they will do all they can during their remaining time together (through 2020) to keep their fans happy so they will have no regrets," the chief Cabinet secretary said.

The group has engaged in various fundraising activities for regions devastated by natural disasters such as Miyagi Prefecture, one of the areas most severely affected by a major earthquake and tsunami in 2011.

Miyagi Gov. Yoshihiro Murai said he hopes they will continue to "encourage the disaster areas as well as the rest of the world" until the end of 2020.

The news also rocked the television industry, with a number of regular programs featuring the group or individual members.

"The magnitude of the impact that their decision will have on the industry is huge," a person with a national TV network said.

Arashi's members have been active not only in music but in movies, Japanese dramas, variety shows and commercials since making their debut in 1999. 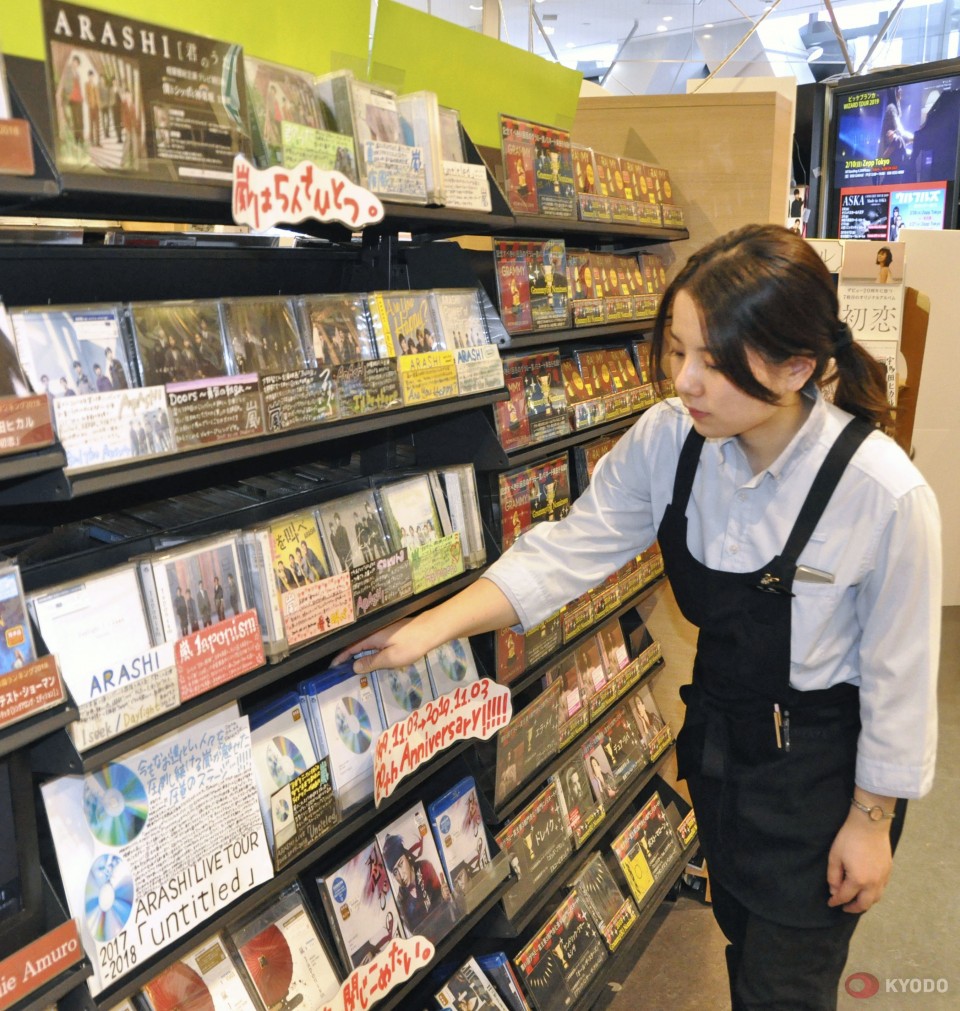 In the business sector, Japan Airlines Co., which has operated an aircraft with portraits of the members painted on its body, said it "wishes a good luck to the members."

Group leader Satoshi Ono, 38, said in a press conference Sunday the decision was made after he told other members in June 2017 that he wished to leave after the 20-year mark in their career.

Arashi is one of the most successful idol groups created by giant entertainment agency Johnny & Associates Inc.

Another TV industry representative who has worked with Arashi said the news was surprising because there was no reason to believe there was discord in the group.

"I couldn't imagine there was any trouble in relationships between them," the person said.

The increasing use of social media is making the lives of celebrities more difficult, industry experts said.

Takashi Usui, a marketing expert in the music industry, said that pressure is increasing on music stars, as they are constantly exposed to online criticism on and off camera.

The changing environment is expected to force more celebrities into temporary breaks or retirements, he added.

With the spreading use of social media among fans, "the level of pressure on idols is different from one or two decades ago," Hiroyoshi Usui, professor at Sophia University, said.

A music store in Tokyo's busy shopping district of Shibuya set up a specialized section with Arashi's CDs, DVDs and other goods. The shop had received a number of queries about related items in stock, it said.

Fans, meanwhile, took to social media to express their feelings of shock and sadness.

"I'll feel deeply hurt when this is being referred to as a suspension of activities, but if we call it Ono's summer vacation it feels more heartwarming," one fan tweeted Sunday night. "So from now on I'm going to use this term instead."

By Monday morning, the phrase "Ono's summer vacation" had become the top trending hashtag in Japan. Other fans joined in, expressing gratitude for the group's career so far and some even posted predictions of what they think Ono plans to do during the hiatus.

"Homework for the summer vacation is to show us, if you want to, what you've made during the holidays and to return to school happy and healthy," another fan tweeted, apparently mimicking what Japanese schoolteachers often tell pupils. "This is 20 years' worth of summer holiday. It's a long vacation! Take all of it and spend it as you like."