Video footage of a troop of monkeys walking across electric wires in snow-covered Aomori Prefecture, northeastern Japan, has gone viral on Twitter.

The clip, played more than 900,000 times as of Thursday afternoon, shows around 20 snow monkeys walking on the wires in a line as if they were performing as circus acrobats. 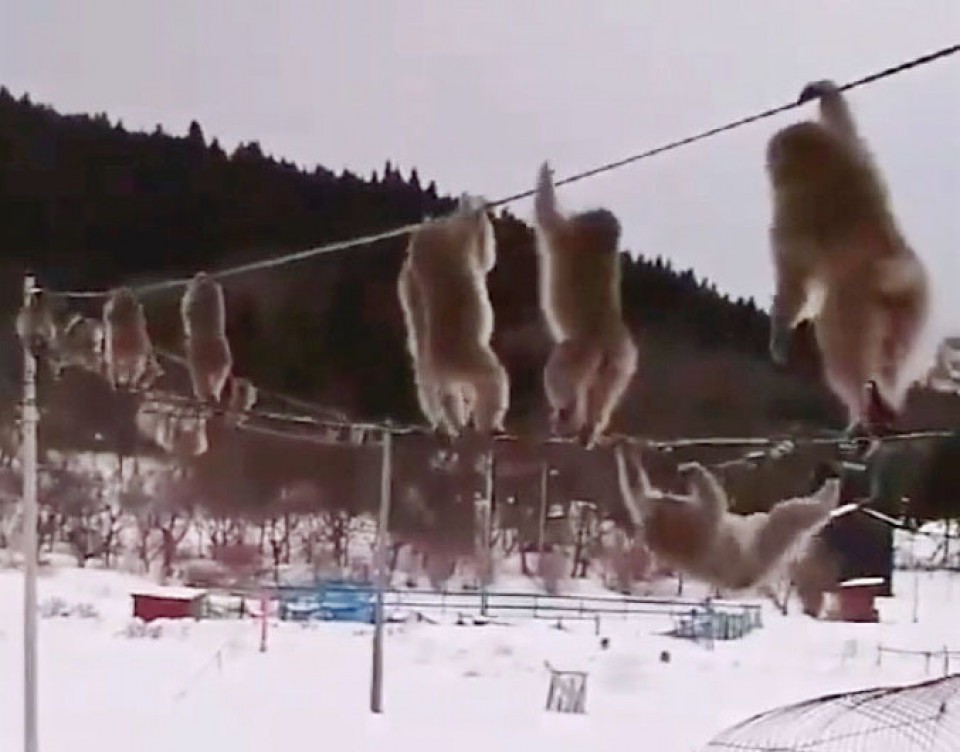 The monkeys were videoed traversing a snow-covered area by holding a wire above their head while walking tightrope-style on another cable. They were apparently heading in the direction of some forest near a residential area.

The scene was filmed at home on Monday by the mother of the uploader. Once posted, the video attracted a number of comments from viewers, saying, "They are cute," or "I can watch this over and over."

The reaction to the footage is "just astonishing," the poster said.