An adorable feline has been installed as the "lord" of an ancient castle in western Japan, drawing tourists and helping the area's recovery from a deadly rain disaster last year.

Named Sanjuro, the cat assumed its title at Bitchu Matsuyama Castle in Takahashi, Okayama Prefecture, on Dec. 16, after running away from home and settling there. 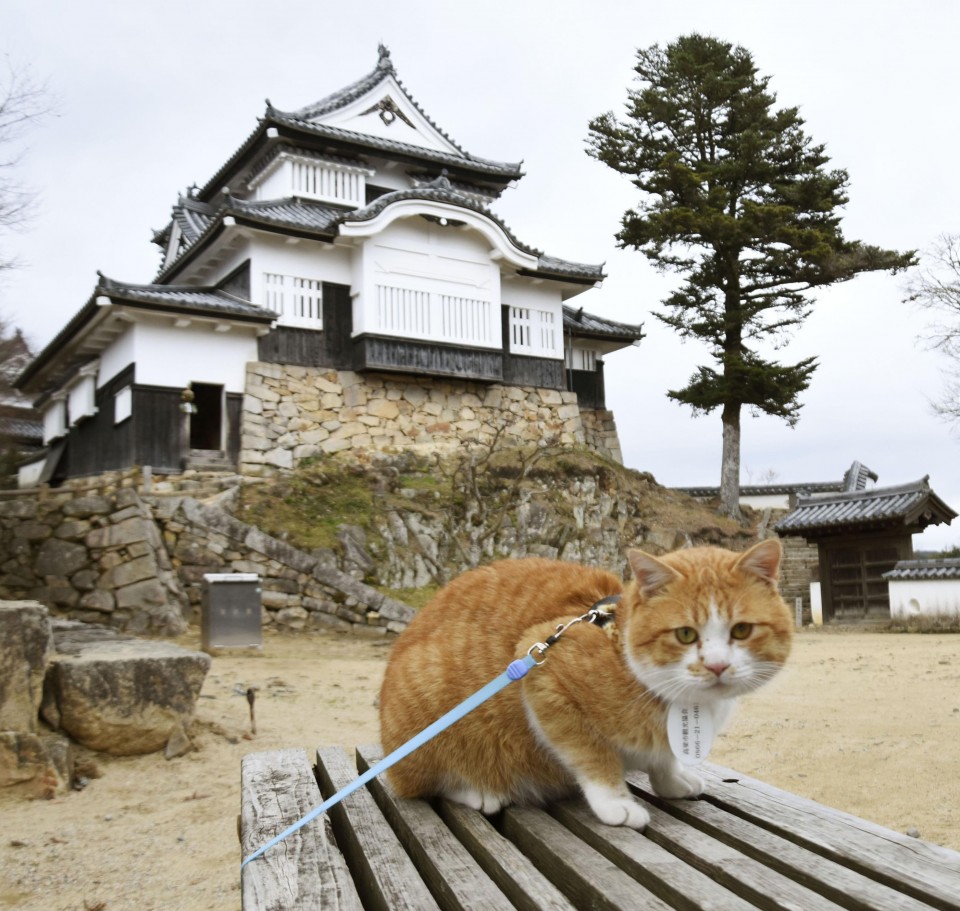 The castle, built in 1240 atop a 430-meter-high mountain, is Japan's highest such structure with a tower. In early fall and winter mornings, a sea of clouds forms in the valleys below the castle, making it appear as if it is floating, according to a tourism promotion body in Okayama.

The three-year-old male cat, named after local samurai Tani Sanjuro, was originally the pet of Megumi Namba, 40, but it went missing from her home in Takahashi on July 14 shortly after torrential rain caused floods and mudslides across wide areas of western Japan.

A week later, it was found by a man working at the castle located about 6 kilometers away from Namba's home. The man started feeding the feline and it took up residence in the historical structure.

Charmed by Sanjuro, Hideo Aihara, the executive director of a local tourism association that manages the castle, decided to make the feline a promotional mascot.

Namba, who heard her cat was living at the castle and came to pick it up in mid-October, later agreed to give the animal to the association, leading to Sanjuro taking up its new role as the cat lord. 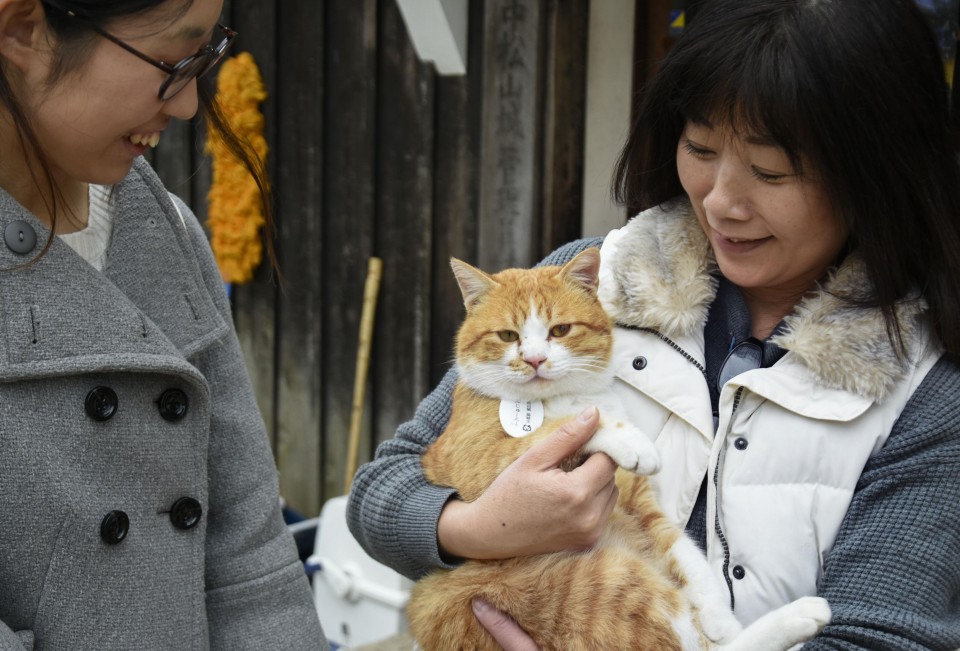 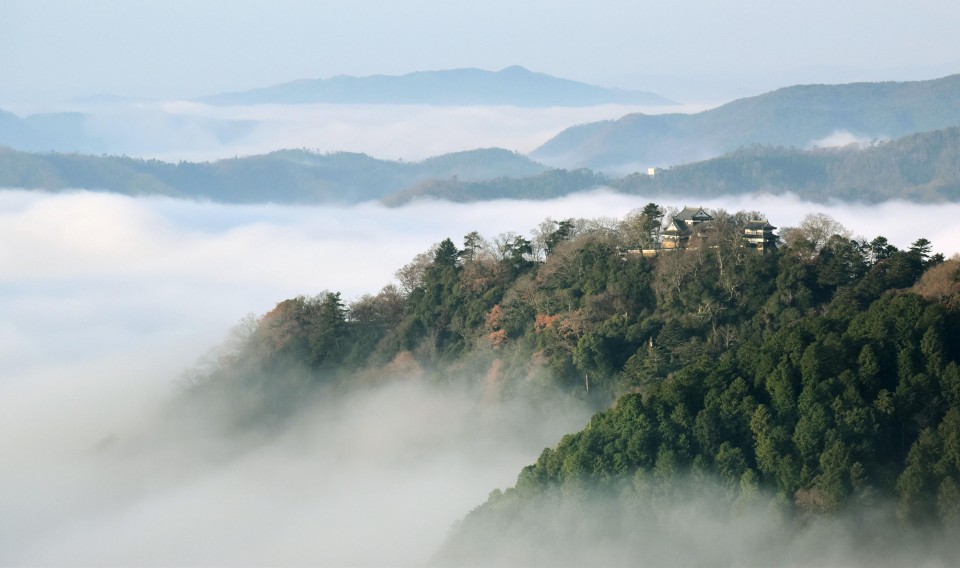 Thanks to Sanjuro, the number of visitors to the castle, which had dropped off due to the disaster, recovered quickly, and its October figures even eclipsed those of the year before, according to the association.

"He is our savior as he brought back visitors. We will take good care of him as the castle's new representative," said Aihara. 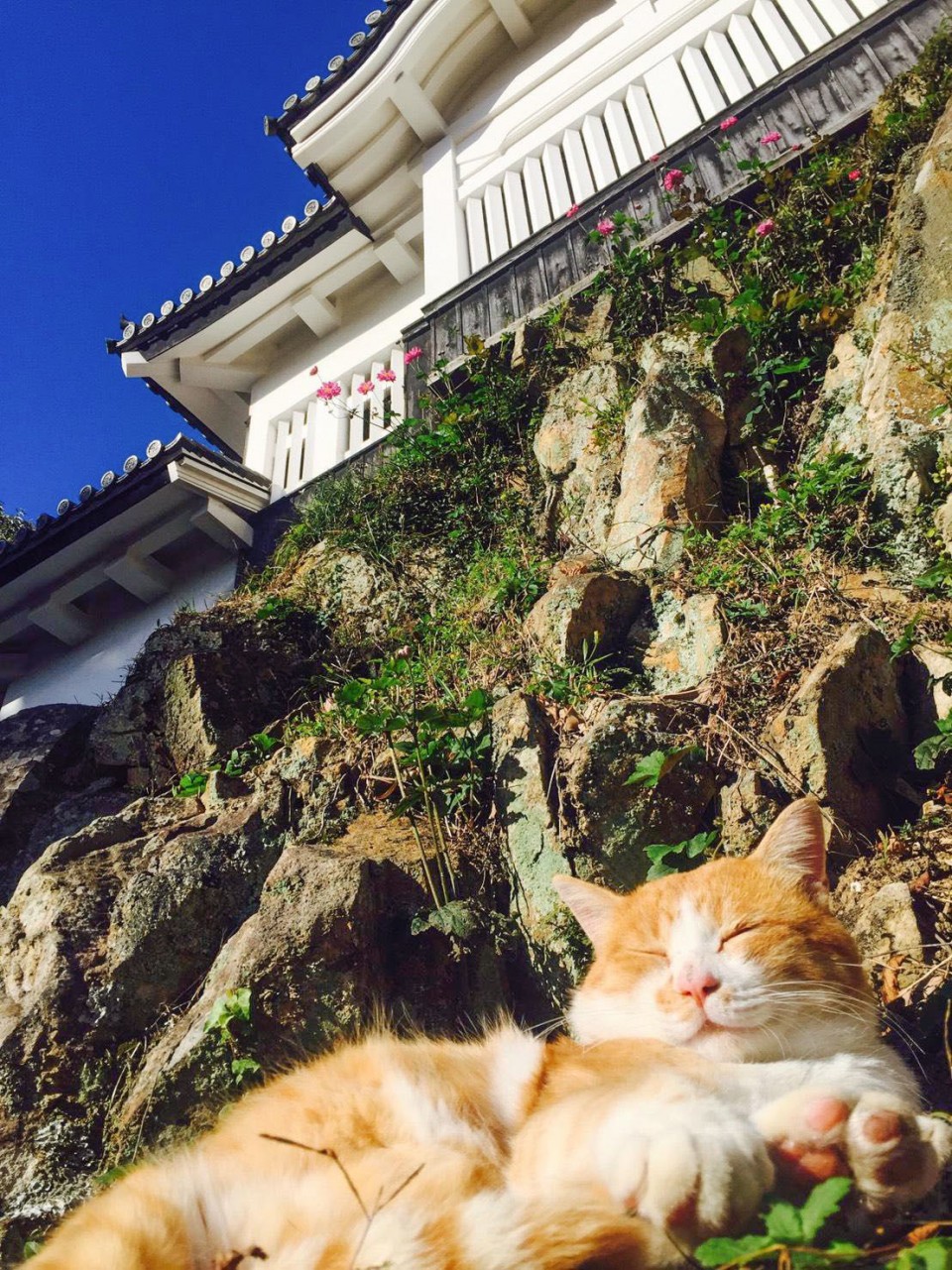