Yoshitomo Tsutsugo is hoping to go to the major leagues next year, but his focus Friday was on a perceived crisis in his homeland's youth baseball culture.

In a press conference at Tokyo's Foreign Correspondents' Club of Japan, the DeNA BayStars captain and cleanup hitter said Japanese youth baseball prioritizes winning competitions at the expense of education. 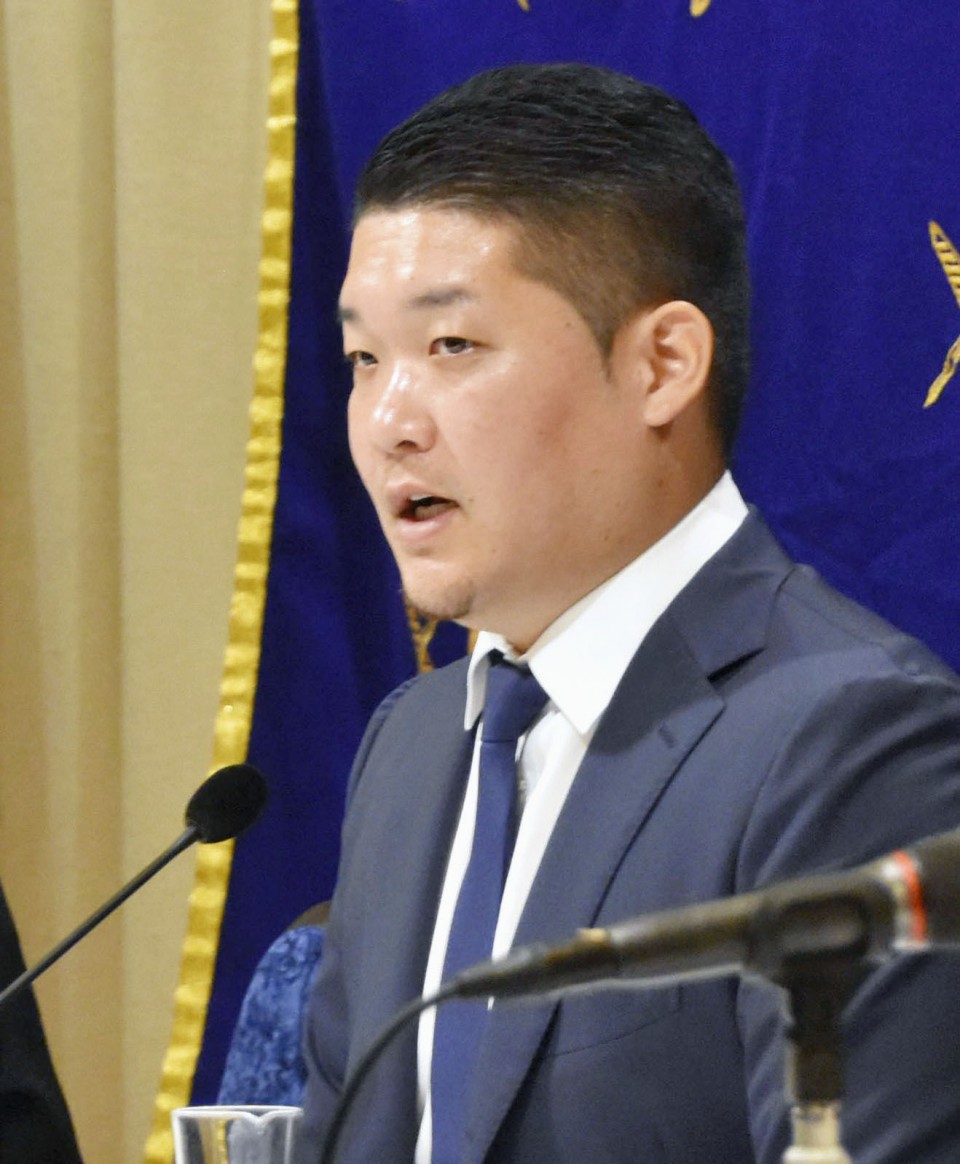 (Yoshitomo Tsutsugo speaks at the Foreign Correspondents' Club of Japan)

The result, he said, is a population of young baseball players that is decreasing six to 10 times faster than the decline in Japan's birth rate.

"I've seen small children who want to play baseball quitting because of the excessive training or because they play when they are injured," said Tsutsugo, who last year revealed his desire to play in the major leagues in 2020.

"This is not limited to baseball. Last year the news was filled with stories about problems between coaches and players. If we don't tackle the root causes of these problems, they are just going to keep happening over and over."

"The way I see it, the problem is that even at a young age, the focus is on winning rather than education for kids' futures."

In Japan's baseball culture, players are expected to say the right things and not talk out of turn. Thus it was no surprise that Tsutsugo repeatedly declined to talk about playing in the major leagues. But on the subject of youth sports, he is defying the stereotype to become an outspoken activist.

The catalyst was a brief time in the Dominican Republic in 2015, where he was infected not only by the Dominicans' passion for the game, but the positive atmosphere in youth baseball games.

When he returned to Japan he became a supervisor of the sports club to which he belonged growing up in Osaka Prefecture, Sakai Big Boys.

Tsutsugo spoke of his childhood, how he played different sports and wasn't expected to play hurt so he could recover and grow, and how the attitude at Sakai Big Boys was more positive than what he'd seen elsewhere.

"I've observed youth games and practices and seen adults shouting and scolding kids for making mistakes," he said. "They're kids. Of course they're going to make mistakes, but the coaches get angry."

He also attacked tournament play, the primary form of competition outside of college and pro ball.

"Professionals, whose bodies have matured, play in leagues, but almost all youth competitions are in the form of tournaments, where everything becomes about winning," Tsutsugo said. "The teams that win play game after game, but only the best players get into games. They can't rest and get hurt, while other kids don't play and lose interest in baseball because it isn't fun."

"We need to end those knockout tournaments, and put limits on pitches and on practice. Baseball needs to stop being adult-oriented and become focused on the education and future of the children."

Youth players from the Dominican Republic were much less likely to have an injury than the youngsters tested at his hospital. The players who suffered the most frequent injuries were those from Japan's national Under-12 team.

In 2017, Tsutsugo batted cleanup for Japan's senior national team in the World Baseball Classic. Although the tournament's pitch limits, meant to protect pro pitchers' arms in the spring, had no impact on him as a hitter, the idea itself made an impression.

"We're putting in pitch restrictions to protect the arms of adults, but when it comes to kids we can't afford them the same protection. If you think about it you'll realize how backward that is," he said.

Tsutsugo repeated a common theme: coaches need to "upgrade their thinking" and stop trying to teach kids in the same way they had been taught 20 or 30 years earlier.

When asked if youth coaches should be required to get licenses, he said it would be impractical since elementary school and junior high school coaches are volunteers who give what little free time they have from their families and jobs to work with kids.

"They don't have that much time to study the issues," he said. "I think the immediate answer is to have rules imposed on them in order to protect the kids. It's up to the authorities to act."

"People in the baseball community are pushing for a resurgence in the sport at the youth level, but if you don't make it fun, if you don't protect the children, there is no point in having baseball at all."