Costing 1.2 million yen per kilogram, the total price of the 278-kilogram tuna from Oma, Aomori Prefecture, is the highest paid at the metropolitan central market since 1999, the first year for which such records are available.

It is customary for bidders to pay extra at the year's first auction, and particularly this time because it was the first such auction held at the new market that opened in October. 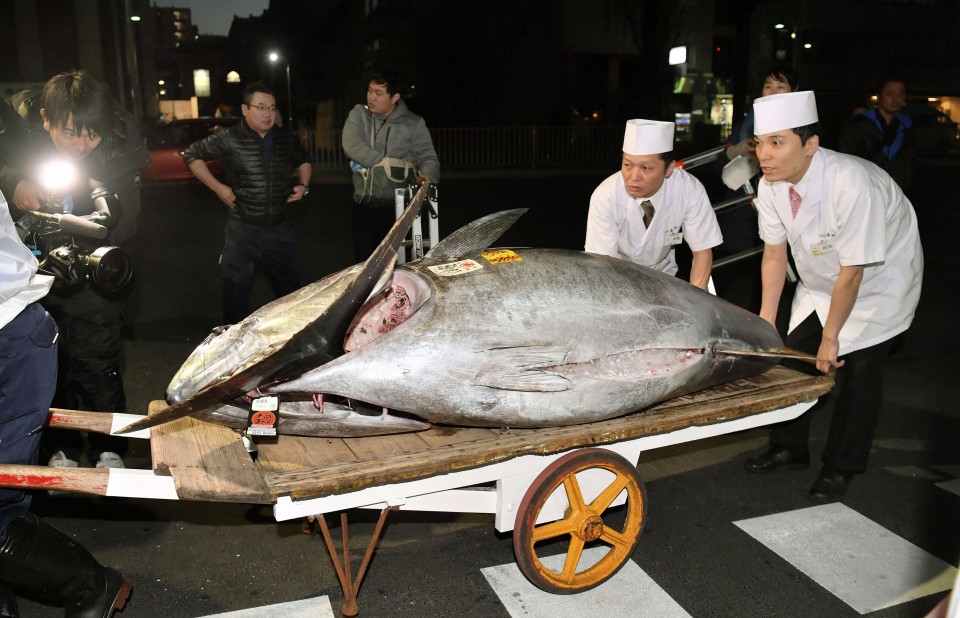 The successful bidder was Kiyomura Corp., the Tokyo-based operator of sushi restaurant chain Sushizanmai, which came out on top at Tsukiji for six consecutive New Year's auctions through 2017.

"I didn't expect the price to get this high," said Kiyomura President Kiyoshi Kimura, but added, "We were able to buy a great tuna and hope our customers will enjoy it."

Ryoichi Fujieda, the 64-year-old Oma fisherman who caught the fish, said he was still in disbelief.

"A local intermediate wholesaler called me about the auction. The amount was so big I thought he must have gotten the digits wrong," said Fujieda.

Kiyomura held the previous record of 155.4 million yen for a 222-kg tuna in 2013. The final New Year's auction at Tsukiji in 2018 saw a tuna fetch 36.45 million yen. It was auctioned off by Yamayuki, an intermediate wholesaler in Tokyo. 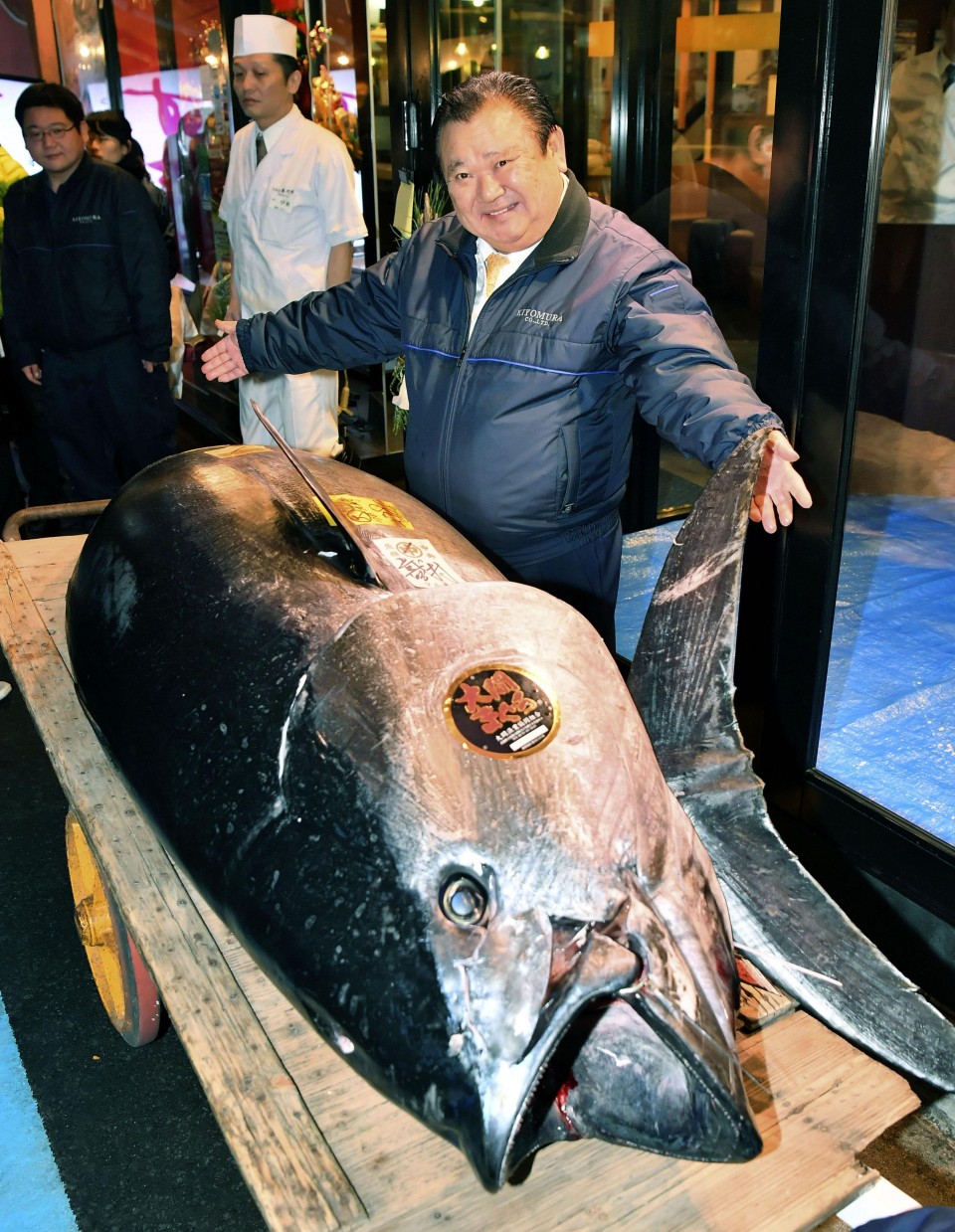 "We received a major boost that goes beyond a congratulatory gift of money for the first New Year's auction after Toyosu opened," said Tokyo Gov. Yuriko Koike after observing the auction.

The Tokyo metropolitan government decided in 2001 to relocate the aging Tsukiji market to Toyosu, but the initial plan to open the new market in 2016 was pushed back following the discovery of pollutants and subsequent decontamination work.

Toyosu market -- a new tourist attraction in Tokyo -- is a closed facility suited for controlling temperatures and sanitation and is 1.7 times larger than Tsukiji.

Unlike at the old market, visitors are only able to observe the bidding from an upper floor.

A special deck, which requires reservations in advance, will open from Jan. 15, allowing visitors to see the bidding up close.