Although Yusei Kikuchi is arriving in the major leagues with less fanfare than Shohei Ohtani did a year ago, the lefty could -- like Ohtani did -- help change people's minds about Japanese pitching.

Kikuchi has a chance to join Ohtani as one of the few Japanese starters willing to challenge major league hitters with fastballs in the strike zone. Not only has Kikuchi been Japan's hardest-throwing left-handed starter, but is arguably Nippon Professional Baseball's predominant strike-thrower.

According to baseball analytics website Deltagraphs, Kikuchi's percentage of pitches in the strike zone has increased in each of the past four seasons. In 2017, when he went 16-6 with a 1.97 ERA, Kikuchi ranked sixth among ERA qualifiers in strike zone percentage. This year he was second with 49.2 percent of his deliveries in the zone just behind rookie Katsuki Azuma's 49.3.

The lefty lives on his four-seam fastball and slider. A year ago, Deltagraphs rated the Seibu Lions starter's heater No. 1 in Japan. The fastball was not nearly as effective in 2018, when according to a source he was trying to retool it to make it more effective in the majors.

His other secondary pitches are a curve and a change, although he toyed with a split-fingered fastball in 2017 and a two-seam sinking fastball in 2018. 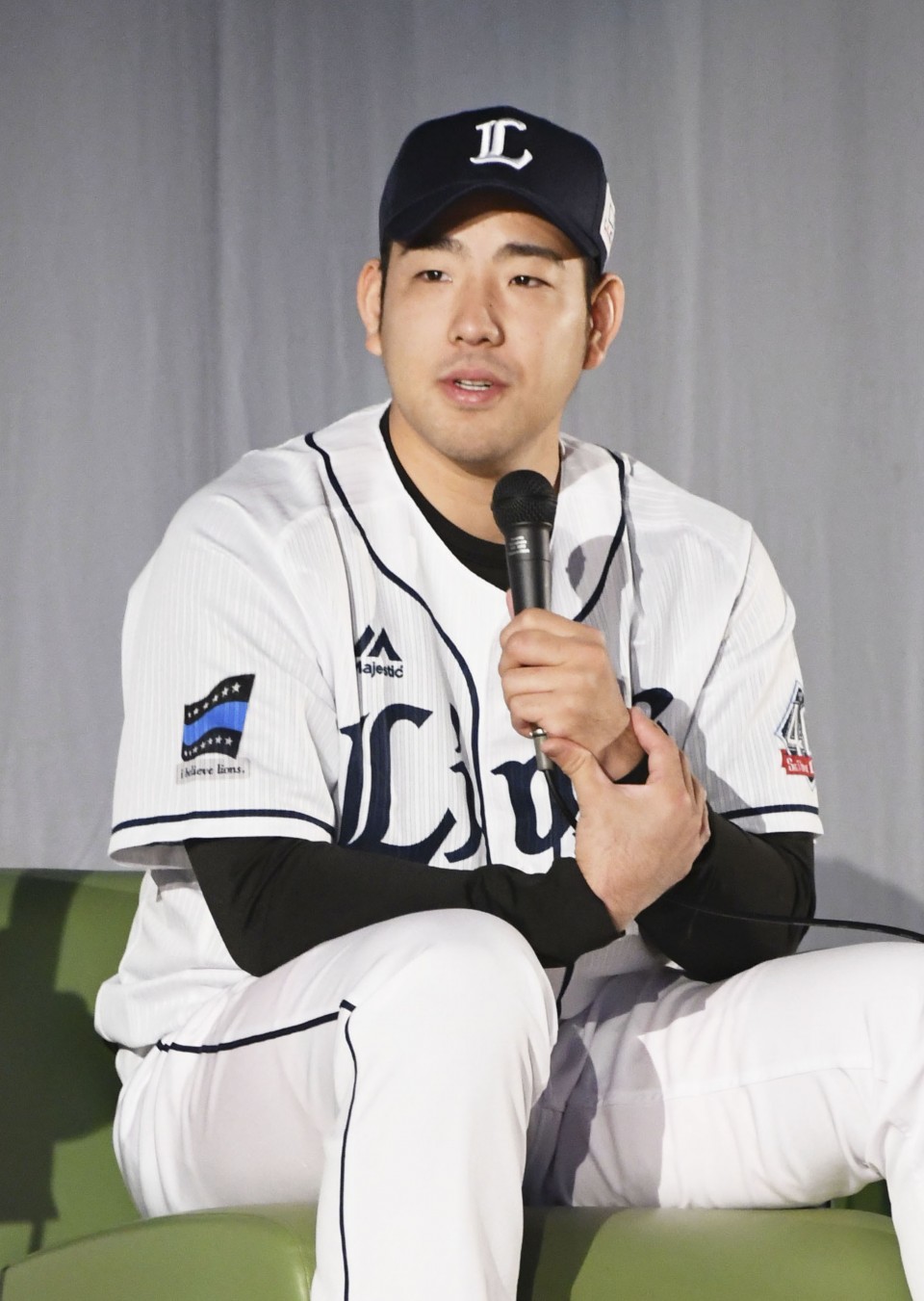 Although Japanese hitters have found it hard to make contact off Kikuchi -- his percentage of swinging strikes was second highest in 2017 and third best in in 2018 -- it remains to be seen whether or not some long drives off major league bats will take some of the edge off Kikuchi's aggression in the strike zone in 2019.

At the winter meetings in Las Vegas, a representative of his agent, Scott Boras, said "Kikuchi's shoulder issues are overblown," and Boras himself said the pitcher had relatively few miles on his arm for a 27-year-old.

The Lions have three times attributed a stint in the minors to Kikuchi's left shoulder issues -- either pain, inflammation or stiffness -- while he has once been sidelined for elbow discomfort.

For one reason or another, Kikuchi did not pitch 100 innings in a season until his fourth pro season, and though he has thrown 130-plus in Japan's 143-game season each of the past five years, he has never thrown 200 in a year.

A hard thrower in his days with Iwate Prefecture's Hanamaki Higashi high school, the same school Ohtani entered in 2010, Kikuchi pitched the team to the northeastern prefecture's first national final at the historic Koshien Stadium in the 2009 spring invitational. 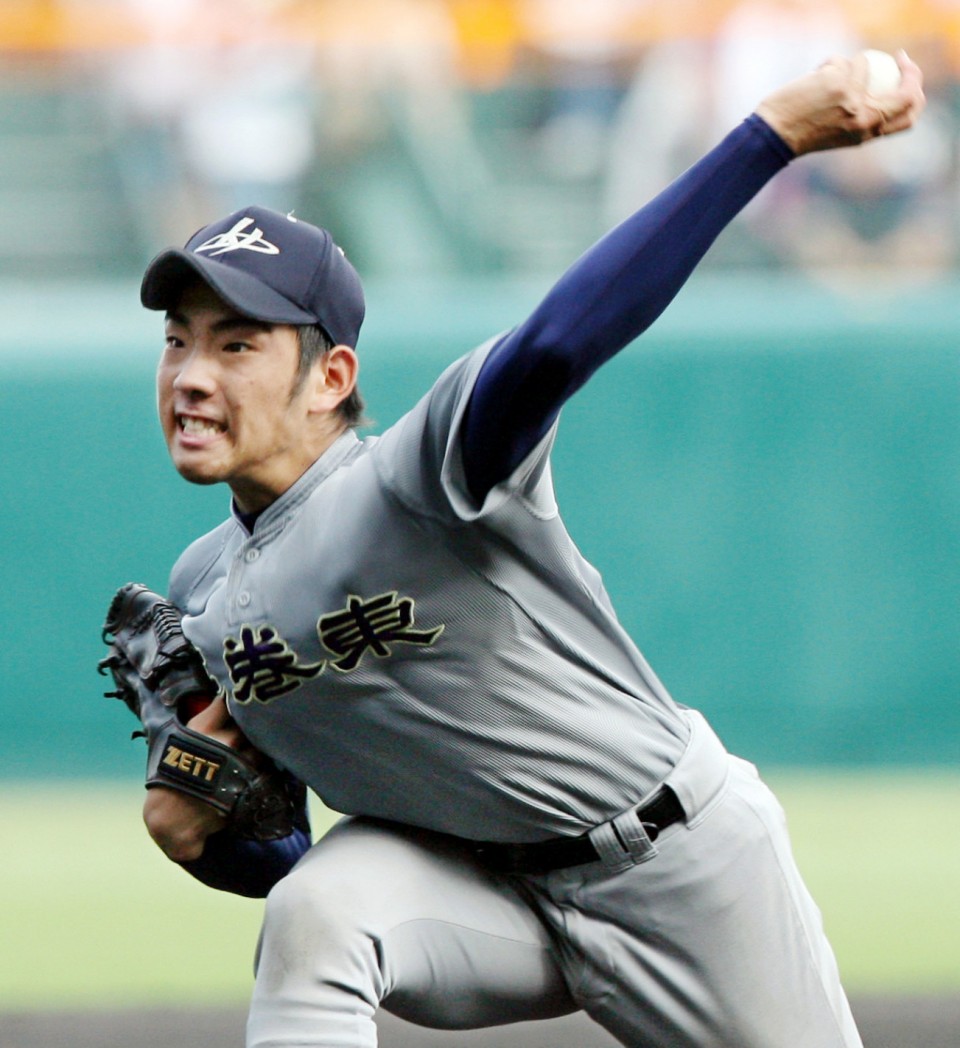 (Kikuchi pitches for his high school in August 2009)

That summer at Japan's showcase national summer tournament, Kikuchi was unable to start his team's semifinal due to lower back pain, but did throw 11 pitches in relief in an 11-1 loss. The Asahi Shimbun reported later that Kikuchi was pitching in that game with a stress fracture in one of his ribs.

In the autumn of 2009, Kikuchi met with at least eight big league clubs that were eager to sign him. Kikuchi, however, left the door open to playing in Japan. Six teams named him as their top pick in Nippon Professional Baseball's annual amateur draft in October, with the Lions winning his negotiating rights in a draft-day lottery.

Although he once drew his manager's wrath for starting a game despite feeling shoulder discomfort in an area where he'd suffered an injury in high school, Kikuchi has gradually matured.

Over time, his control has gone from inconsistent to excellent, and in 2018 he hired a company to analyze his form and provide him with feedback on his mechanics.

Despite this season's numbers (14-4, 3.08 ERA) falling a step back from his 2017 career year, Kikuchi has credited his consultants with making things go as well as they did.