Japan hooker Shota Horie said Thursday he underwent surgery on his right foot in November to treat a stress fracture.

Horie, who plays for Panasonic Wild Knights in Japan's Top League, is expected to return to the field by this autumn's Rugby World Cup, having been a member of the national team in the past two tournaments. The timeline for his return, however, is undecided.

"I want to return as soon as possible. I would like to do my best," he said after a medical in Tokyo. He added that his goal is to play in the Rugby Pacific Nations Cup, which kicks off in July. 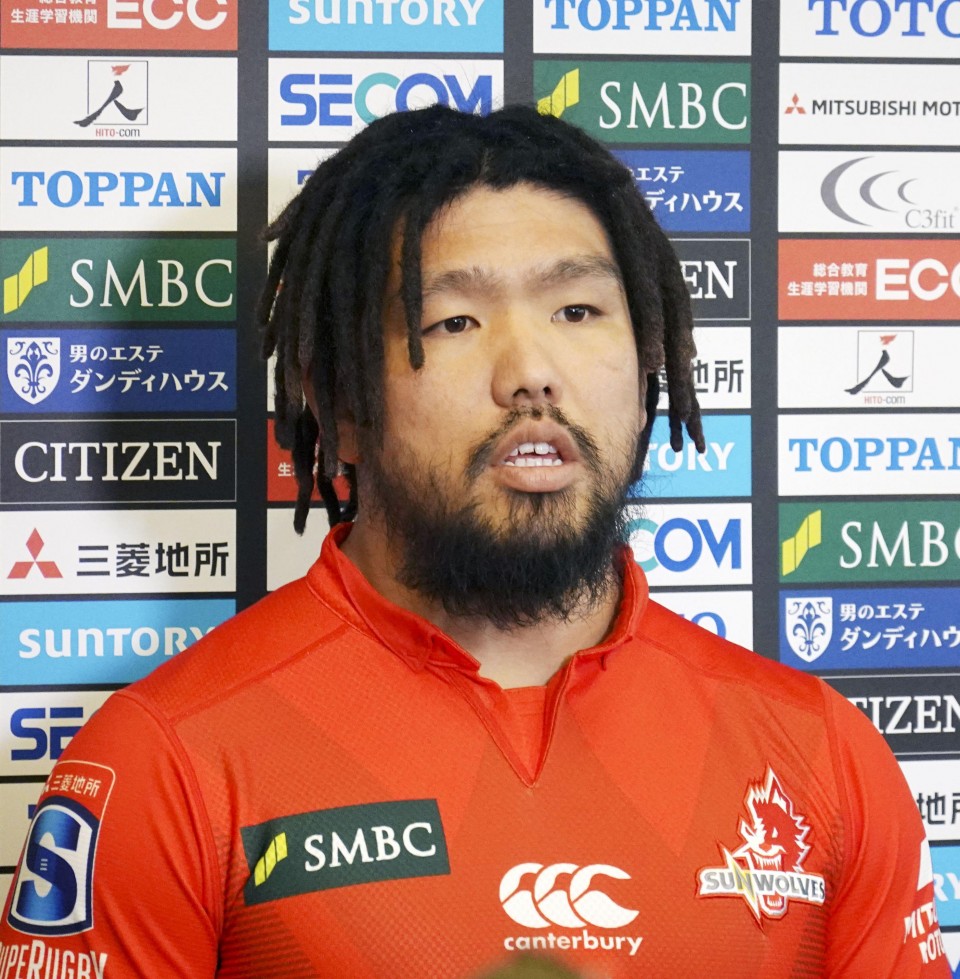 The 32-year-old, who has 58 caps for Japan, said he went under the knife because the foot did not heal even though he missed the Brave Blossoms autumn test series.

He will focus on rehabilitating rather than play for the Sunwolves, Japan's Super Rugby franchise, when they open their season in February.

Japan's New Zealand-born wing Lomano Lava Lemeki also revealed he has a stress fracture in his groin, and will "require a month or two" to heal. Lemeki was the Top League's top try scorer in his fifth season with Honda Heat.