Baseball: Ohtani sheds light on simple life in the U.S.

Los Angeles Angels two-way phenom Shohei Ohtani revealed how he was able to become the first major league player in 100 years to hit 15 home runs and pitch 50 innings in a season -- by leading a simple life off the field.

In an exclusive interview with Kyodo News, the 24-year-old American League Rookie of the Year said he has not changed his habits much since he lived in the Nippon Ham Fighters' dormitory during his five-year pro career in Japan.

"It was no big thing. I washed my own clothes like I did in my old dormitory days," Ohtani said.

"Making my own breakfast wasn't such a big deal, but I can't drive since I don't have a license and I can't communicate that well in English."

Known for his discipline on and off the field, Ohtani said he preferred to use his free time for other things besides cooking, one of the major differences from his life back home.

"I only make what's easy, things that I can make fast. I want to spend as little time on meals as possible," he said. "I just want to eat the essential nutrients and make use of the other time. You can eat quickly when you eat alone."

Ohtani, who joined Babe Ruth as the only players to start 10 games on the mound and hit 20 homers in a single season, conceded his video game habits are another difference in his life in the United States. 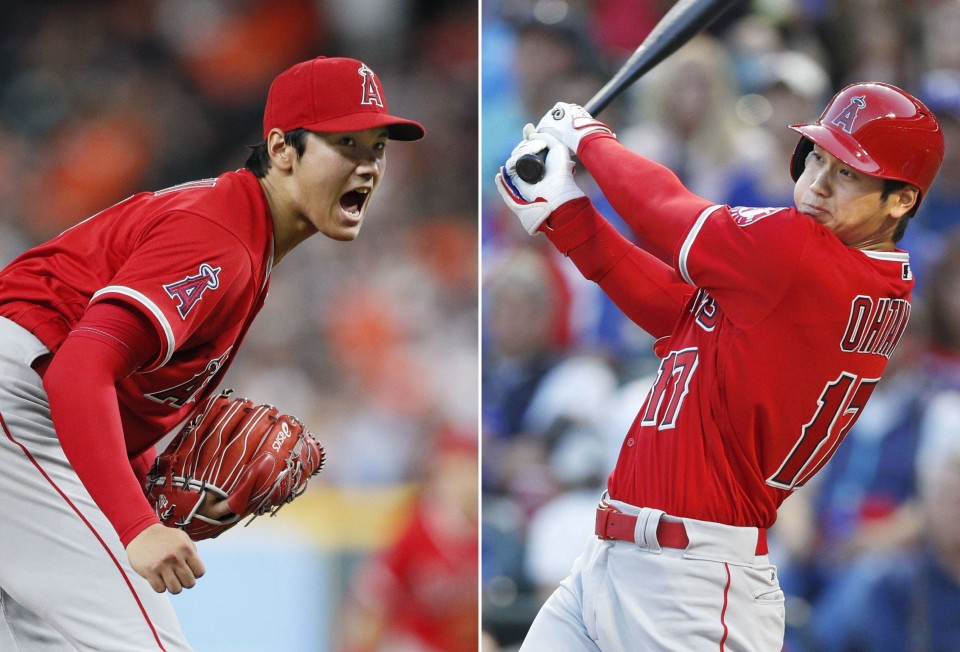 But the young star contends his gaming has an upside, given the time he spends playing online with his friends and teammates is a way for him to become fluent in English.

"I go home, play games and sleep. I didn't (play games) much in Japan, but a lot of people do (in the United States), and since we talk while we're playing, it's become a way to study communication. Just plain talking, it's fun."

Despite the Angels' 162-game regular season schedule, Ohtani said he still had time to get out and enjoy some of the sites in the southwest of the United States.

"I went out during camp more than I did in Japan. I felt like I really wanted to go on vacation somewhere, so I went to the Grand Canyon and Sedona (in Arizona)," Ohtani said. "It was amazing. I've never seen anything like it."

Ohtani said he was also able to experience more than just baseball near "The Big A," the Angels' home stadium in Anaheim, and looked forward to catching a National Football League game at some point.

"I watched basketball and ice hockey," said Ohtani, who was spotted at an Anaheim Ducks game in February with fellow Angels pitcher Andrew Heaney.

"I'd like to go to an American football game once, since I've never seen one. I tried to go to a (Los Angeles) Rams game, but everyone was under the weather."

Ohtani admitted, however, that his lack of a driver's license makes it hard to get around, but said he has put off getting one for the time being after undergoing offseason Tommy John surgery to repair ligament damage in his throwing elbow.