Sydney's Taronga Zoo has welcomed the birth of two baby echidnas, marking just the second time in 30 years that the unusual native Australian mammals have been successfully bred at the zoo.

Echidnas, which grow to about 5-6 kilograms in weight, have sharp spines covering their short stocky bodies and are one of only two egg-laying mammals in the world, the other being the platypus.

"They're like a giant hedgehog," explained Brett Finlayson, a senior keeper at the zoo, told Kyodo News in an interview on Friday.

Finlayson said the birth of the two "puggles" -- as young echidnas are called -- is an exciting moment for the zoo, with the last two births occurring in 2016 and 1987.

"There still haven't been many born in a zoo environment so our understanding of them as a species is still limited, in particular breeding and courtship," he said.

The female echidna lays a single egg into her pouch that hatches after about 10 days. 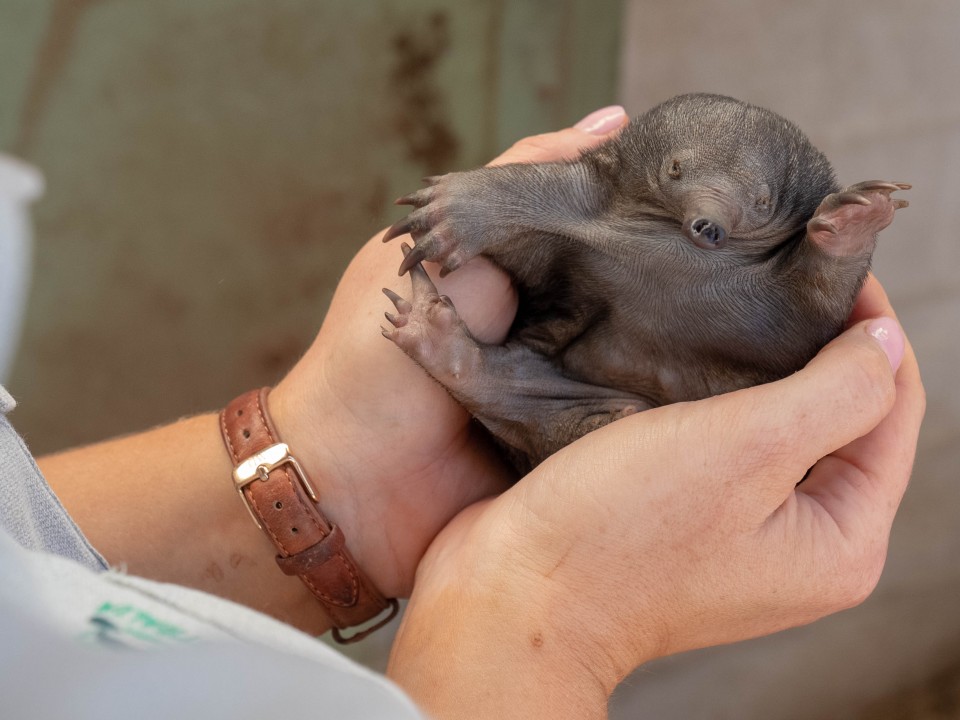 The tiny, jellybean-sized puggle stays in the pouch for about three months before its mother moves it to an underground burrow.

The zoo's baby echidnas, which were born to different mothers, are between 90-100 days old, but will not go on display until they are roughly 6 months old, or when they have been fully weaned.

While both puggles are healthy and doing well, Finlayson said one is being hand-reared by a zoo nurse because its mother was not producing enough milk -- a common occurrence in first-time mothers.

"You have to be so dedicated to do it. You have to sleep next to the puggle," he said. "You wait until you hear the puggle scratch (inside its box) and it doesn't matter what time of the night it is, you wake up and you feed it. It's very rewarding."

The short-beaked echidna, as the species in Australia is known, is commonly found across the country, as well part of New Guinea to the north, but is not readily seen because of its quiet, reclusive nature. It feeds on termites and other insects.

Three critically endangered species of long-beaked echidna, another genus, are found in New Guinea. Finlayson said the zoo hopes to adapt its breeding methods to help save them. 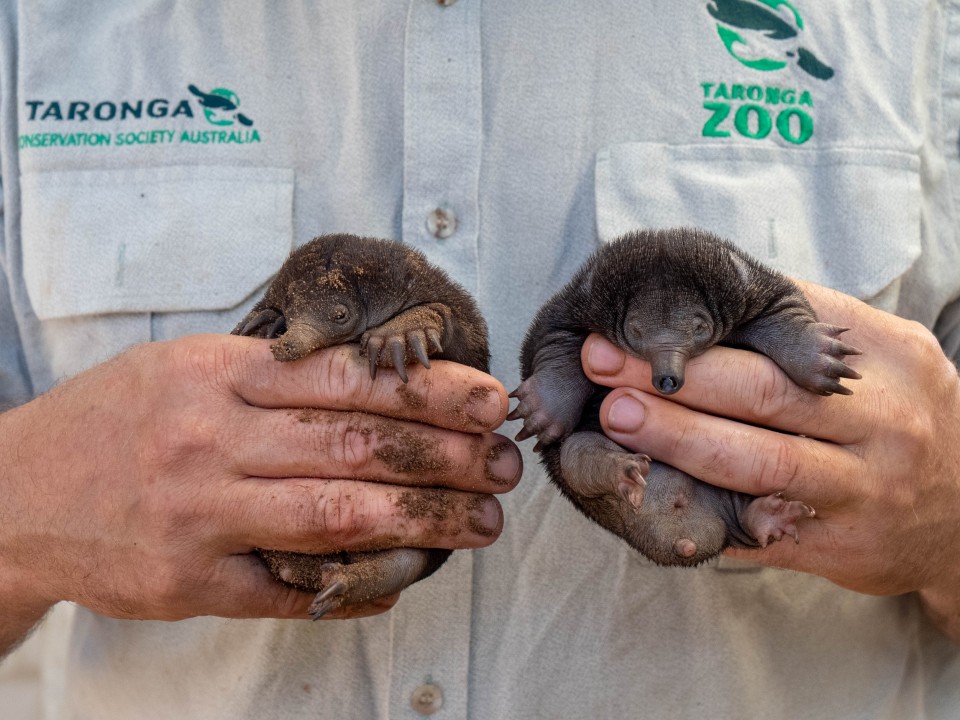