During the early days of World War I, a young Japanese man who had left his country behind seeking a new life enlisted into the British army to fight the Germans.

In the four ensuing years of war, Harry Fusao O'Hara would be injured almost 70 times, receive multiple medals for bravery, and become the first and only known Japanese national to have ever flown in Britain's Royal Air Force. 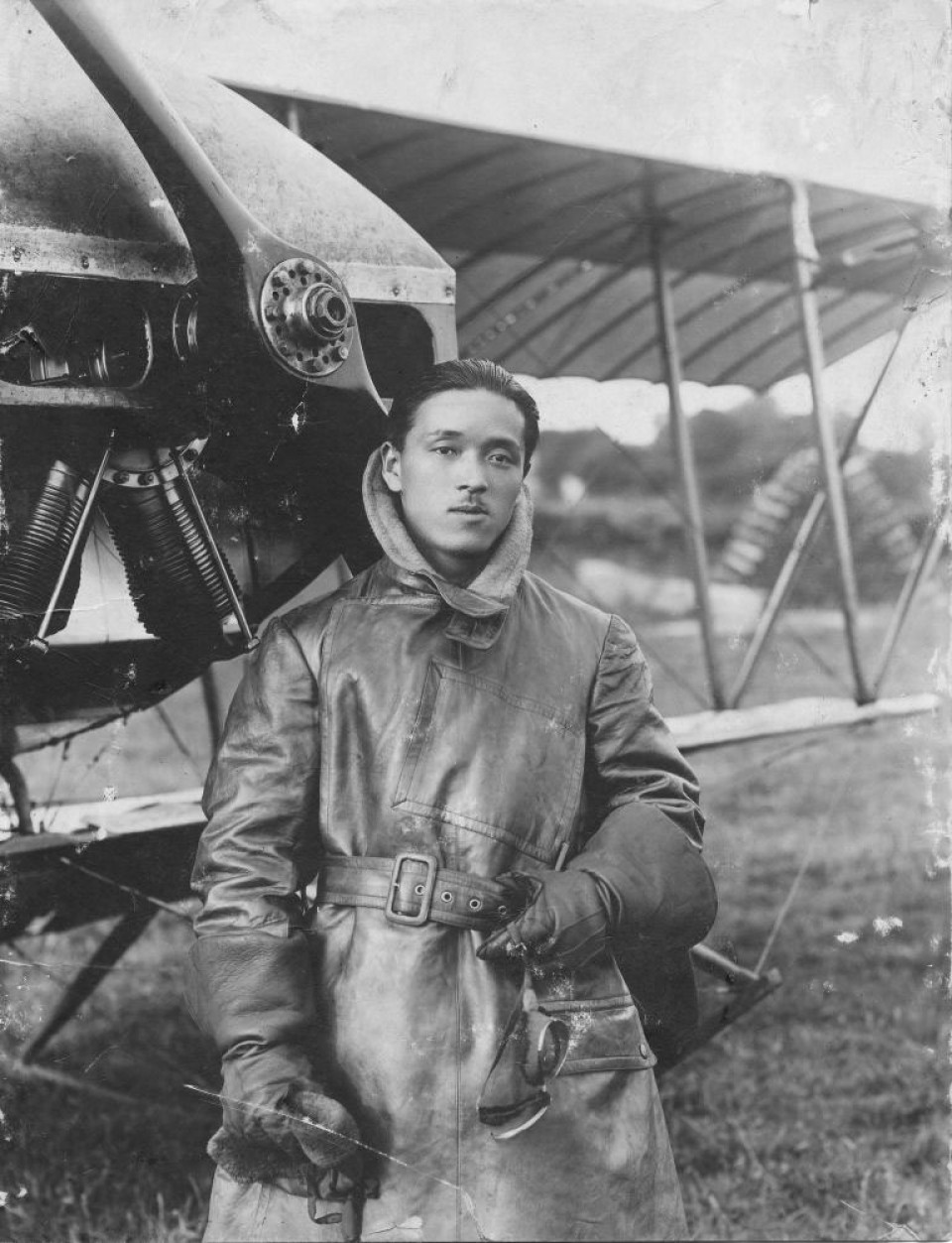 According to his youngest and only surviving daughter Geraldine Reedijk, 87, O'Hara was born in Yokohama in 1891. He attended Waseda University as a young man where he developed "leftist ideas," dropped out and ran off to India to work as a reporter for Japanese newspapers.

He quickly volunteered to join the British Army after war broke out, with Britain and Japan allies at the time, and went on to amass what several contemporary newspapers called "a record unsurpassed in gallantry" before being seriously injured in combat.

Receiving a medal for his bravery, O'Hara then joined the Royal Air Force in 1917 as a mechanic before working his way up to becoming the force's first and only known Japanese pilot. 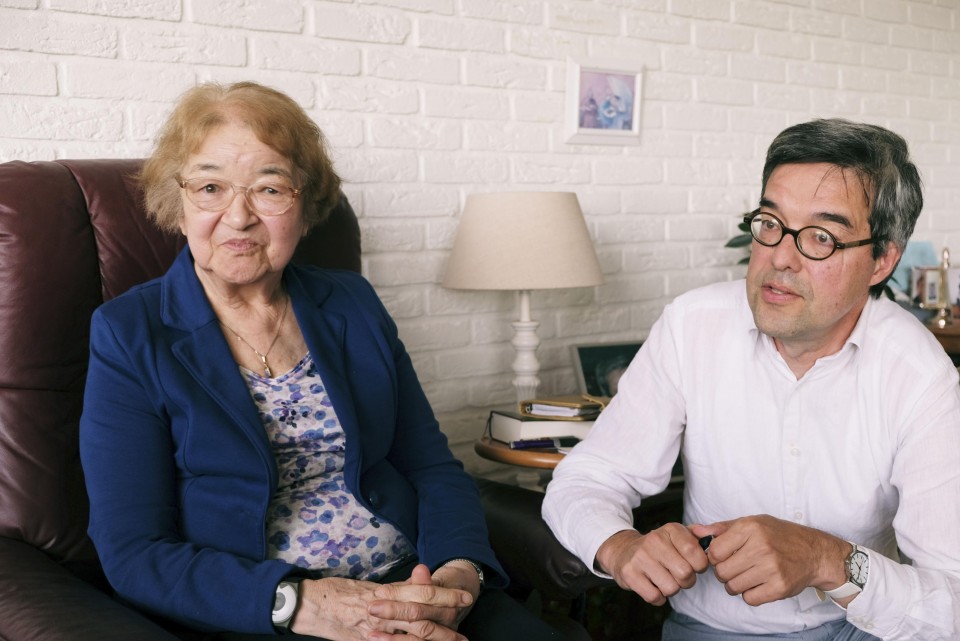 (Geraldine Reedijk and her son Wim in September 2018)

At the beginning of June 1918, O'Hara was shot in the jaw and evacuated to Britain, bringing an end to his military career a few months before the armistice was signed on Nov. 11.

O'Hara applied to become a pilot at exactly the right time, according to RAF Museum curator Peter Devitt. A portrait of an intense looking O'Hara stands out among the heroes -- the only Asian among the portraits -- that decorate the wall at the RAF Museum.

Until World War II, the RAF officially discriminated against anybody of "non-European heritage" and barred them from becoming officers.

"The color bar was explicit...you can't get away from the fact that it was racist. In peacetime, you would never have seen these people (of non-European heritage) being accepted," Devitt said.

Devitt explained that the heavy number of casualties and acute need for more personnel in the latter part of World War I forced the RAF into letting O'Hara become a pilot alongside a "handful" of other ethnic minorities, although he was never granted the rank of officer.

After the war ended, O'Hara married a British woman named Muriel McDonald and settled in London where they had three children. Although he remained a Japanese citizen for the rest of his life, he never went back to Japan.

"He loved England, and the English way of life," Reedijk, 87, told Kyodo News at her home in Holland.

O'Hara's injuries made it difficult for him to hold down steady work, and with only a meager pension the family initially struggled financially until he eventually found a job at a charity decorating trays and boxes with lacquer.

Reedijk described her father as a kind, quiet man who adored his children and "fitted in very well."

"He would go shopping and the girls would flock to help him, because he was very friendly," she said. "He would bow, and they thought that was marvelous." 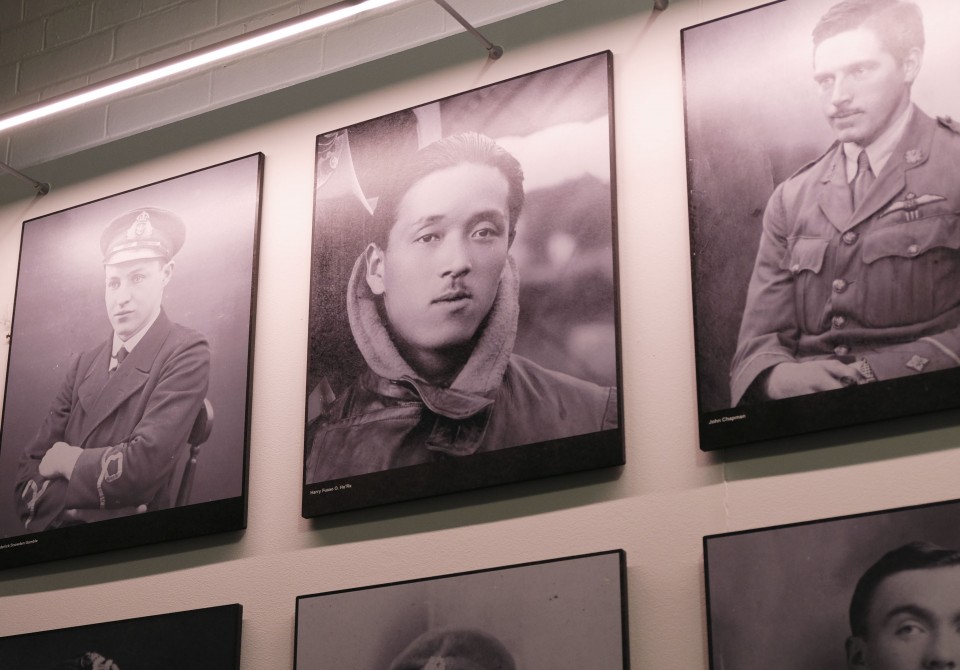 (Photo taken in July 2018 shows portrait of Harry Fusao O'Hara, center, among other heroes at the RAF Museum)

According to Reedijk, O'Hara hardly ever encountered discrimination in Britain for being Japanese, although she also said she rarely asked her father about his past because she was so young and World War II was breaking out.

"We never asked him about the flying and so on, because we were in the middle of the war," she said.

"My brother was called up, and immediately the worry about my brother...filled our lives really," she added.

Reedijk has no memory of her father being interned during World War II and his name does not appear on any such records.

O'Hara died from cancer six years after World War II ended at the age of 59, survived by his wife and three children.

Although his injuries troubled him for his entire life, Reedijk said he was able to walk until shortly before his death.

Reedijk's son Wim, 61, a retired theologian, is now researching his family's past and has visited Japan to reconnect with his heritage.

"Sometimes I have thought it all sounds too fantastic to be true, but then all of a sudden it is true," he said. "He was even more interesting than I thought he was."

"He was very adventurous," Geraldine Reedijk said. "I'm very proud of him." 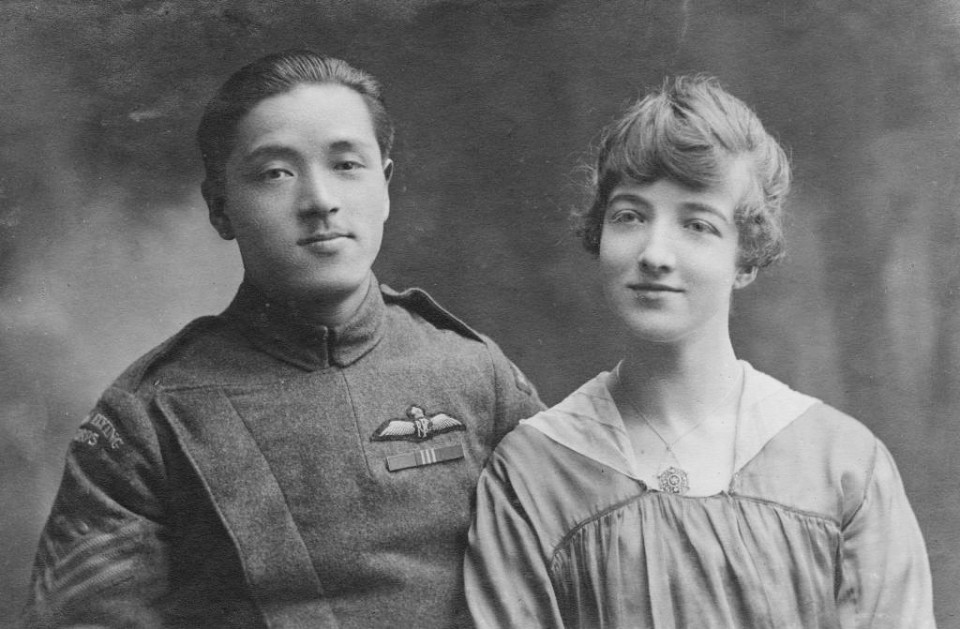