Japanese novelist Haruki Murakami said Sunday he will donate manuscripts of his books as well as vinyl records for an archive at Waseda University, hoping it will become a "feel-good place" on campus.

"Nothing would make me happier if such a facility were of use to those who want to study my works, whether Japanese or foreigners," said Murakami in a very rare appearance in a press conference. "I hope it will be the start of an exchange not just of my works but also of cultures."

The world-renowned writer acknowledged that when he was a student at the university he did not attend classes and instead very often spent time reading old books at a theater museum on campus. 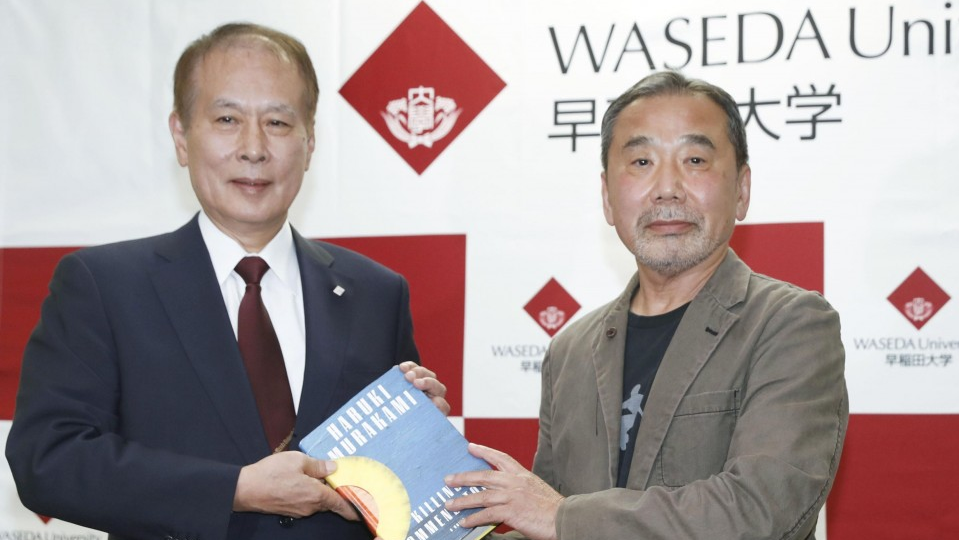 "Such an experience has helped my writing," said Murakami, who entered the university in 1968 and graduated seven years later. "This kind of place is needed."

Murakami, also a translator of American literature, including "The Long Goodbye" by Raymond Chandler and "The Catcher in the Rye" by J.D. Salinger, said, "I feel strongly that language interactions have made me grow."

"I would have suffocated if I was only engaged in Japanese literature," said Murakami. "I hope (the new facility) will be a space that is open to the inside and outside."

The Japanese author's novels, translated into more than 50 languages, have become a global phenomenon, propelling him to the status of likely contender for the Nobel Prize in literature. 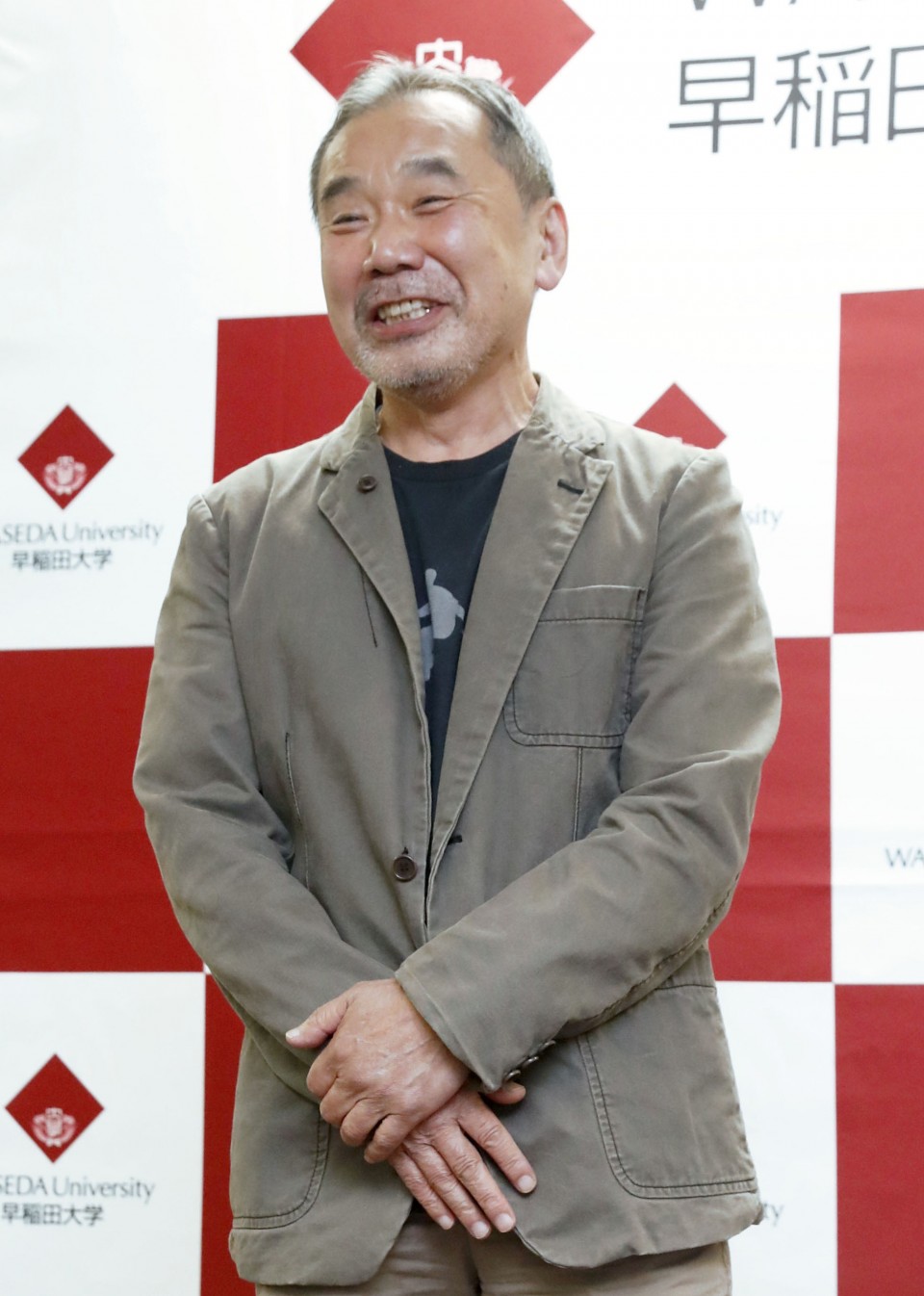 The 69-year-old said he had considered other places, including foreign universities he has worked at, as archive sites for his documents but said he chose the Japanese university because it is the school he graduated from and felt right.

"After nearly 40 years of writing, there is hardly any space to put the documents such as manuscripts, related articles, whether at my home or at my office. I don't have a child so I was also worried that they may be scattered after my death," Murakami said, adding that keeping them in one location is also convenient.

Murakami said he will also donate letters he exchanged with other authors and translated works to the Tokyo institution, possibly also a manuscript of his popular novel "Norwegian Wood" that he wrote in notebooks, if he can find them. He also expressed hope to launch a scholarship for researchers.

The press conference, the first held by Murakami in Japan in 37 years, took place as the novelist, previously known to have avoided the spotlight, has been increasing his public appearances in recent months, including debuting as a radio show host in August.

"I felt that the donation (of my archives) was very important to me so I thought I needed to properly explain," Murakami said, when asked about the reason for holding the press conference.

Waseda University President Kaoru Kamata told the press conference, "We hope to establish a research base for Murakami fans around the world and scholars seeking to further study Japanese literature and culture which they will see as a must-go place."

In the envisioned facility, Murakami said if possible he wants to organize a concert using his collection of over 10,000 vinyl records and also create a space that resembles his working room with audio devices and bookshelves.

Murakami, who opened a cafe for jazz enthusiasts in Tokyo while still a student at Waseda University, has said music is an essential component of his career in literature.

"I start working around 4 or 4:30 a.m. but the night before, just as if I am going on a field trip, I select vinyl records that I want to listen to the following day and place them by my pillow," he said. "My joy is to work while listening to those records."

Murakami debuted with the novel "Hear the Wind Sing" in 1979, which won him the Gunzo literature prize for up-and-coming writers. The 1987 novel "Norwegian Wood" named after a Beatles song catapulted him to fame in Japan and around the world.

He has won several foreign literary prizes, including the Franz Kafka Prize in 2006, the Jerusalem Prize in 2009 and the Hans Christian Andersen Literature Award for 2016.