Rugby: Leitch says Japan have chance to "take down" All Blacks

Japan take on the All Blacks Saturday with one New Zealander-turned-Japanese saying the Brave Blossoms are in with a chance of an upset.

Japan captain Michael Leitch said Friday that the game at Ajinomoto Stadium is a golden opportunity "to take down" the three-time Rugby World Cup champions.

"The preparation has been excellent and we hear it's a sell-out crowd so we are really looking forward to it," said Leitch, who leads a side that shows three changes and one positional switch from the team that started last week's 31-28 loss to a World XV in Osaka.

Leitch's optimistic view was shared by former All Black and World XV coach Robbie Deans, who said earlier in the week that "a massive upset" was possible.

"It's a great opportunity for Japan. It's what they are going to be confronted with in a year's time (at the Rugby World Cup)," Deans told Kyodo News.

"It's going to be daunting in some ways because there will be a lot of pressure, expectation and hope from the nation, and this is the perfect prep."

"To play the All Blacks at home with nothing to lose -- I'm hopeful they will give them many moments where they are uncomfortable and where they can turn the scoreboard over and create some doubt. Because if they do that, who knows? You might see a massive upset."

The chances of a shock result have certainly been increased with Steve Hansen naming a side that features eight uncapped players in the match day 23, though the All Blacks coach dismissed the notion he was devaluing the shirt by picking so many rookies.

"We play so many test matches and so many Super (Rugby) games that it's nonsense when you hear people saying they didn't give test caps away like this years ago," Hansen said. 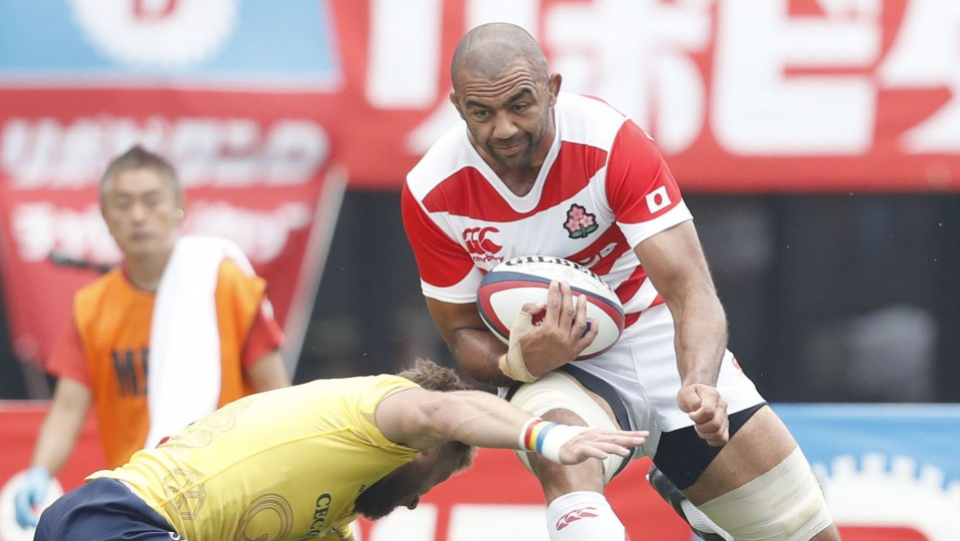 Japan coach Jamie Joseph was in no doubt the game would still be a huge challenge.

"Whoever the All Blacks play they are going to be very strong because they are the best team in the world," Joseph said.

The Japan coach went on to say that much of his side's preparations had revolved around what they want to do rather than what New Zealand will bring to the game.

"We were prepared for a totally new team, so it was pointless watching the strongest All Blacks team play. We're focusing on what we want to achieve."

The return of the hard-running Kazuki Himeno in the back row will certainly add to one area of Japan's arsenal that Deans believes is essential if they are to cause a huge upset.

"They are going to have (to carry the ball) against the All Blacks. You have to have the threat (of a kicking game) but you can't be one-dimensional."

With Japan's bench starting to make an impact of late rather than acting as damage control -- "experience and capability," explained Deans -- the key for the hosts will be ensuring they do not allow the All Blacks to start quickly.

"They didn't roll over and kept coming and that's a good sign," Deans said of last week's comeback that saw Japan come from 31-7 down to almost win the game at the death.

Leitch said defense would be key and he praised the input of new assistant coach John Plumtree, who like Joseph knows many of Saturday's opponents through his role as head coach of the Hurricanes.

"He's changed the (defense) system a lot," Leitch said. "The Japanese have always been passive and he's been telling us to get off the line and put pressure through line speed."

And that pressure is what Leitch believes could help the Brave Blossoms to a historic win, despite the history between the two sides.

"When you look at the All Blacks (side for Saturday) they don't have that many test matches collectively, so it's an opportunity to pressure their leadership group," Leitch said.

"If we are going to take the All Blacks down it will be tomorrow."