North Korea on Tuesday destroyed 10 of its guard posts in the demilitarized zone dividing the two Koreas as agreed with South Korea, the South's Defense Ministry said.

"North Korea had notified us in advance through a Yellow Sea military communication line that it would blow up 10 guard posts at 3 p.m. on Nov. 20, which had been designated for destruction as a trial," the ministry said in a statement. 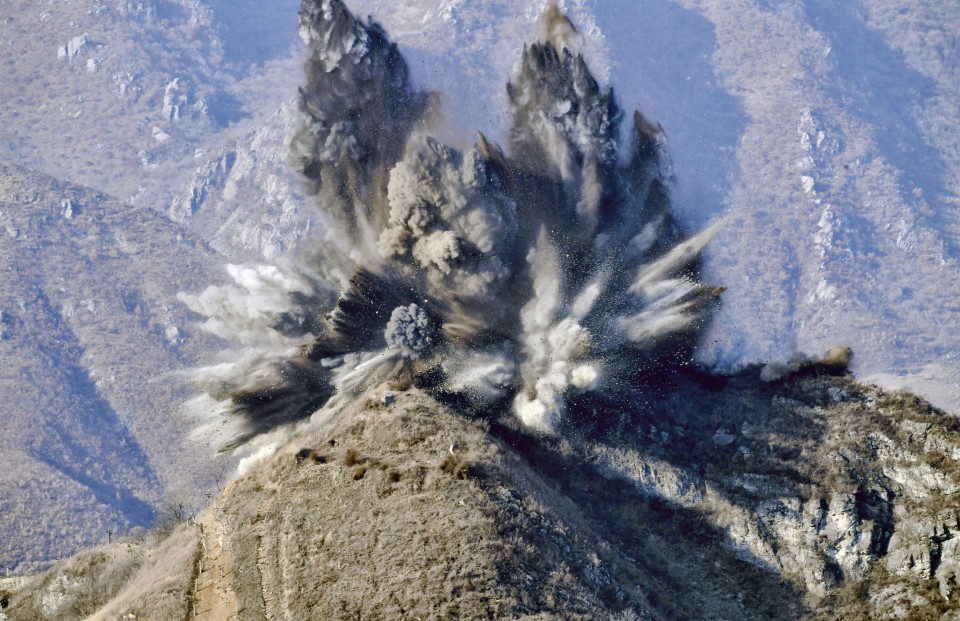 At an inter-Korean summit in Pyongyang in September, North and South Korea agreed to withdraw guard posts located within 1 kilometer of the heavily fortified border, amounting to 22 in total, as part of efforts to ease military tension.

The Koreas agreed this month to keep one structure each for historical purposes, after removing firearms from them.

One of the 10 guard posts slated for demolition on the South Korean side was destroyed last Thursday.

The ministry said North and South Korea plan to completely demolish all 20 guard posts within the 2-km band over the Military Demarcation Line by the end of this month.

The DMZ is a truce zone set up at the end of the 1950-1953 Korean War. The war ended without a peace treaty, leaving the two sides technically still at war.