In a press conference after their summit in Vladivostok, Abe renewed his commitment to concluding a post-World War II peace treaty with Putin, which Tokyo and Moscow have not signed due to the territorial row over the group of islands.

Abe said he and Putin approved a "road map" to realize the activities on the islets in five areas -- aquaculture, greenhouse farming, tourism, wind power and waste reduction -- which they agreed on last year.

Deputy Chief Cabinet Secretary Kotaro Nogami, who briefed reporters, said the two countries decided to cultivate sea urchin in the sea and farm strawberries in greenhouses, among other activities, but provided no details on the timing or location of any project, citing ongoing consultations. 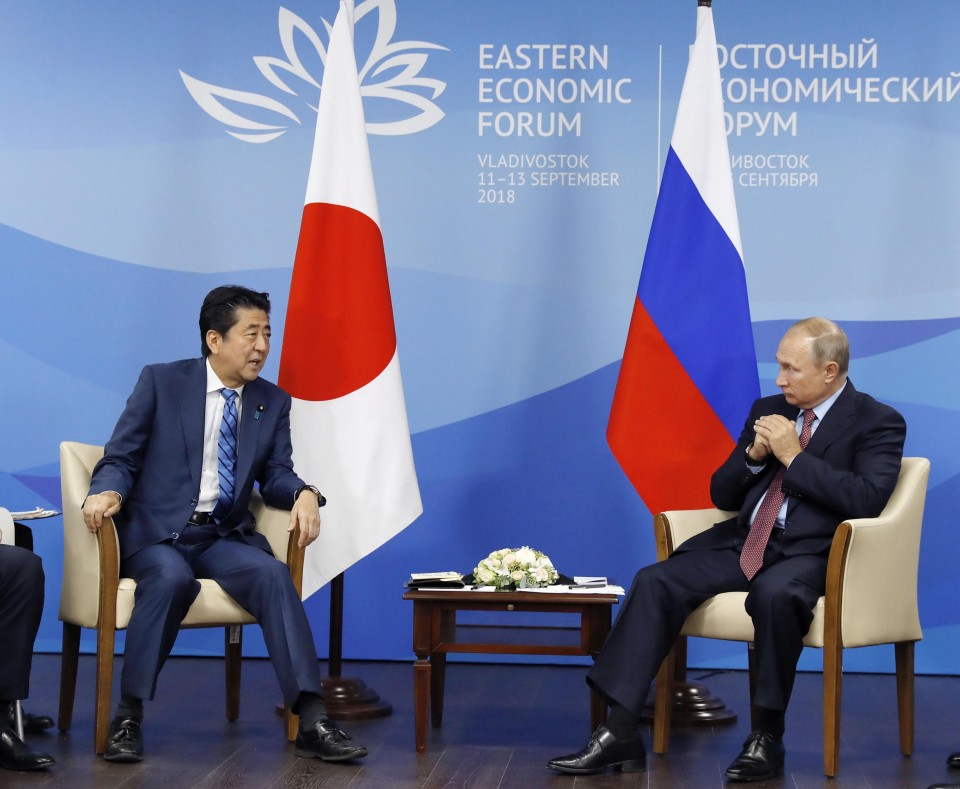 Japan is looking to build trust through such activities to pave the way for settling the decades-long territorial spat over the Russian-held, Japanese-claimed islands and eventually signing a peace treaty. Russia, for its part, aims to attract Japanese investment in the resource-rich but underdeveloped Far East region.

Although the two leaders admitted that it would be difficult to settle the peace treaty issue in the near future, Abe said, "I will continue to make utmost efforts with President Putin to bring an end to the issue." Putin also said, "I am ready to explore solutions that both sides could accept."

The islands of Etorofu, Kunashiri, Shikotan and the Habomai islet group, called the Northern Territories in Japan and the Southern Kurils in Russia, were seized by the Soviet Union after Japan surrendered in World War II in August 1945.

Abe said the two countries will dispatch business missions in early October after failing to do so last month due to bad weather.

It remains unclear whether the two sides will be able to come up with a special framework that does not compromise either side's legal position on the islands' sovereignty or create legal problems in implementing the economic activities.

The Abe-Putin summit comes ahead of Russia's planned large-scale military exercise in the Far East and Siberian regions, although Moscow has explained it will not take place on the contested islands.

Abe told Putin that Japan is "keeping a close eye on" the development, Nogami said, without elaborating further on their exchanges. 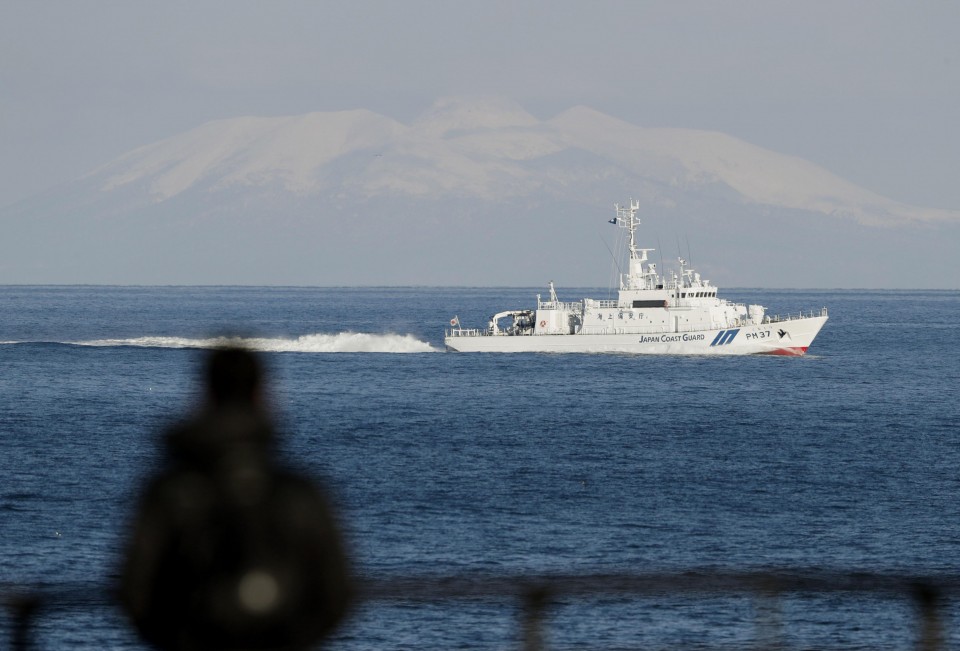 (The island of Kunashiri seen from coastal area of eastern Hokkaido)

On a shared regional security concern, Abe and Putin confirmed their close cooperation toward the denuclearization of North Korea ahead of what will be the third summit between South Korean President Moon Jae In and the North's leader Kim Jong Un, scheduled for Sept. 18 to 20.

But they appeared to be apart on their approaches to that goal. Abe repeated the necessity of completely implementing U.N. Security Council resolutions on the North, while Putin said he hopes various issues related to Pyongyang would be settled in a political and diplomatic manner as a result of the promoted inter-Korean talks.

The Eastern Economic Forum has been held since 2015 under Putin's initiative aimed at attracting investment to the Far East region. Kim was invited to the event, but the Russian government said he will not take part.

The Japanese prime minister, along with other participating leaders, is scheduled to deliver a speech in Wednesday's plenary session.

In the Japan-China summit scheduled on Wednesday, Abe and Xi are expected to talk about how to promote ties further as this year marks the 40th anniversary of a bilateral peace and friendship treaty.

As part of high-level reciprocal visits, Abe is looking to fix the date of his planned visit to China on Oct. 23, when the treaty took effect 40 years ago, Japanese government sources said.

Abe and Xi are likely to discuss ways to promote bilateral cooperation under Xi's "One Belt, One Road" cross-border infrastructure initiative.