Shohei Ohtani went 0-for-3 as the cleanup hitter Tuesday and snapped his hitting streak at eight games as the Los Angeles Angels beat the Texas Rangers 1-0.

Ohtani left teammate Mike Trout stranded three times, first when he grounded out against recently-recalled right-hander Adrian Sampson with two outs in the opening inning at Angel Stadium, leaving Trout at first base. 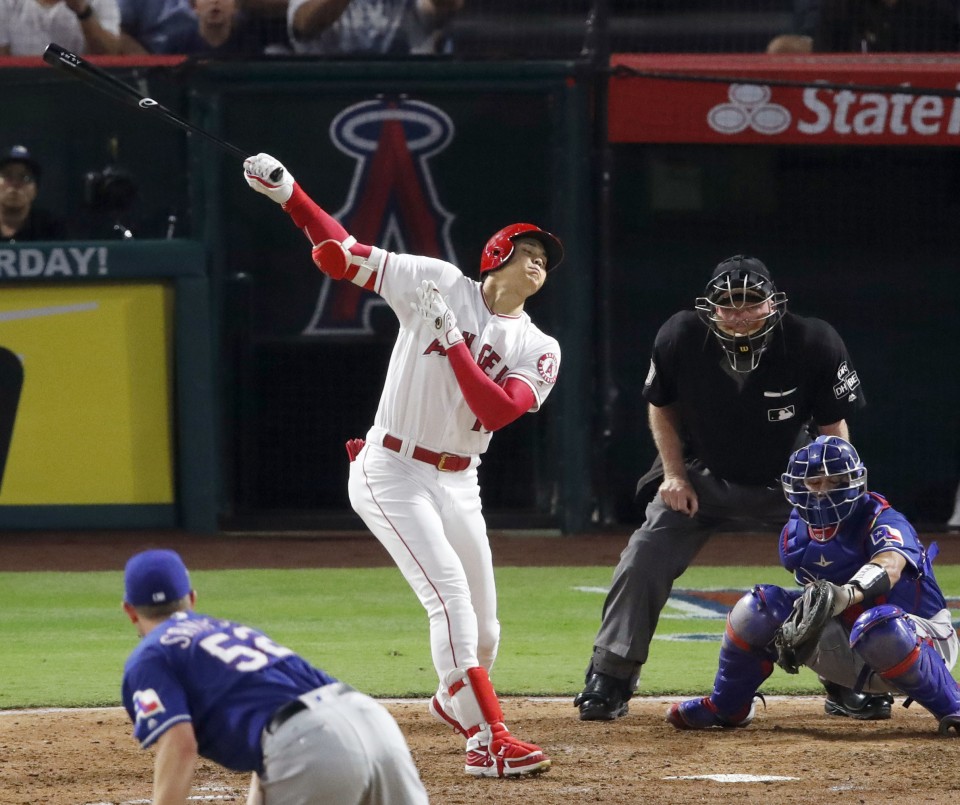 (Ohtani strikes out in the fourth inning)

After Trout, batting third in the lineup, was hit by a pitch in the fourth, Ohtani fouled five times and took Sampson to a full count but eventually struck out. Trout advanced to second on a wild pitch, but Sampson retired the next two batters to end the threat.

Trout drew a walk and stole second in the sixth, but Ohtani grounded out to end the inning.

In a bullpen game for the Angels, Noe Ramirez (5-5) fanned three in 1-2/3 innings for the win while six pitchers took a no-hitter into the eighth. Both teams allowed just two hits each.

Jose Fernandez provided the game's only run with a second-inning solo shot off Sampson (0-1). 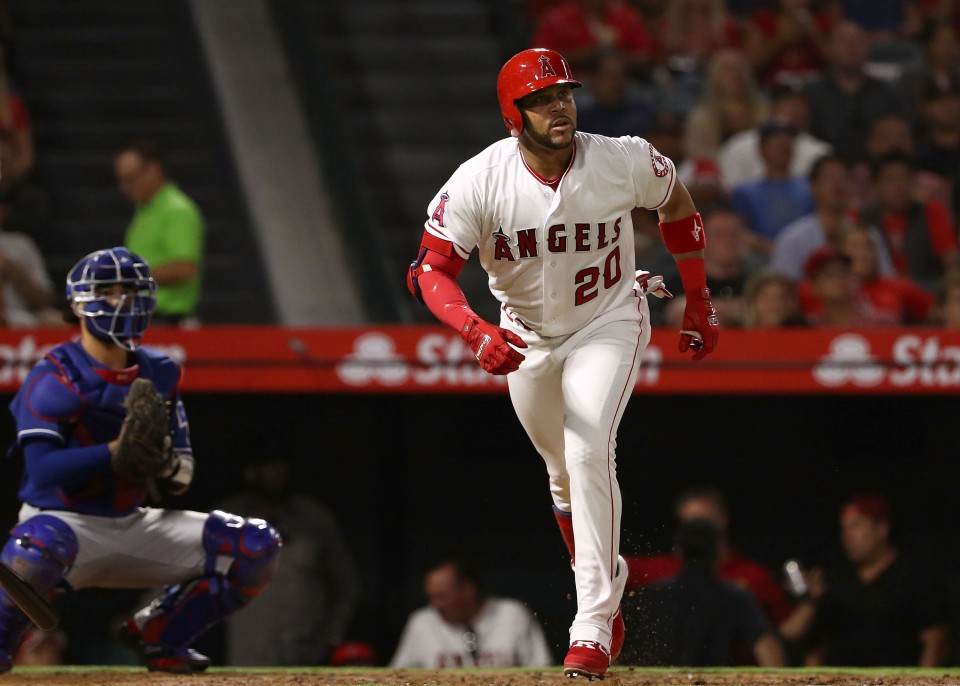 At Coors Field, Yoshihisa Hirano earned his first major league save for putting out a fire in the ninth inning of the Arizona Diamondbacks' 6-3 win against the Colorado Rockies.

Hirano relieved Jake Diekman in the ninth after the lefty gave up a leadoff double to Carlos Gonzalez and a bunt single to Ryan McMahon that put runners on the corners.

Hirano got back-to-back strikeouts, but McMahon advanced to second on defensive indifference. With the game on the line, Hirano got Charlie Blackmon to line out to seal the victory.

The 34-year-old reliever said he did not feel anything particularly special, however, on getting his first big league save.

"I closed out games all the time in Japan. I was preparing to do that anytime here," said Hirano, who had 156 saves over 549 games with Nippon Professional Baseball's Orix Buffaloes between 2006 and 2017. 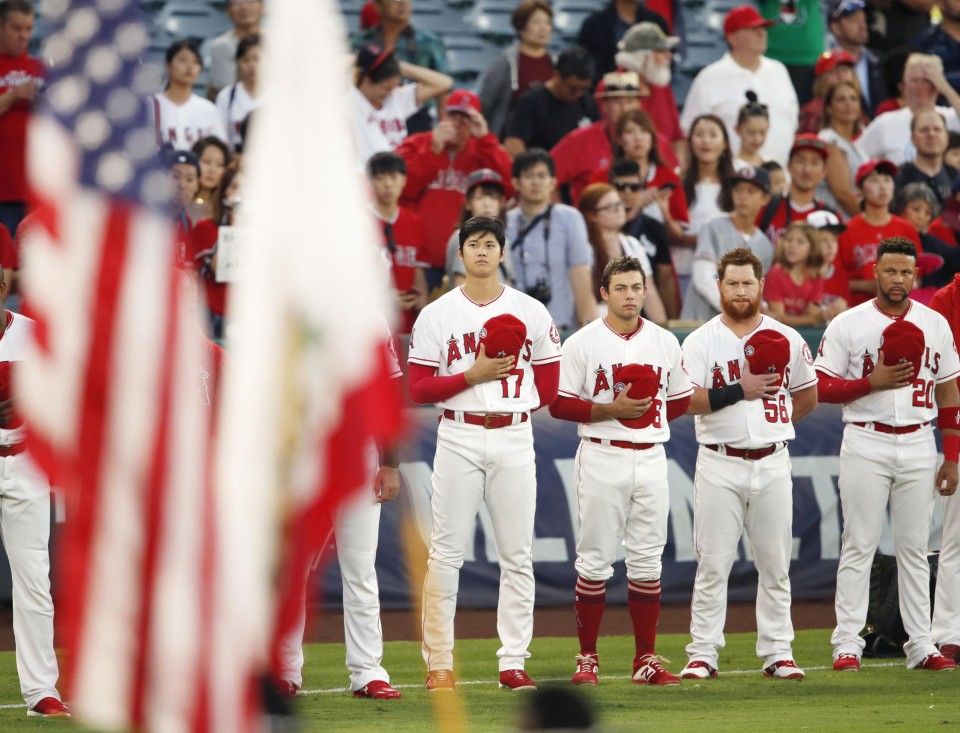 (A moment of silence is observed in honor of Sept. 11 terror attack victims)

The Diamondbacks ended a three-game skid and evened the four-game series at one apiece, moving within 2-1/2 games of the National League West-leading Rockies.

In his rookie major league season, Hirano is 4-2 with 55 strikeouts in 70 appearances. He signed a two-year, $6 million contract with the Diamondbacks last December.

At Safeco Field, San Diego Padres reliever Kazuhisa Makita was called up from the minors before their game against the Seattle Mariners. He did not take the mound in the Padres' 2-1 win.

Makita was joined by three other players from Triple-A El Paso as the Padres look to bolster their bullpen. He was relegated to the minors for the sixth time last month.