Poaching of endangered Asian elephants for their skin is soaring in Myanmar, driven by huge demand in China where it is being used for medicines and jewelry.

British wildlife conservation group Elephant Family warns that the trend poses "a new threat" to their survival as, unlike tusk poaching, not only males but also females and juveniles are being targeted. 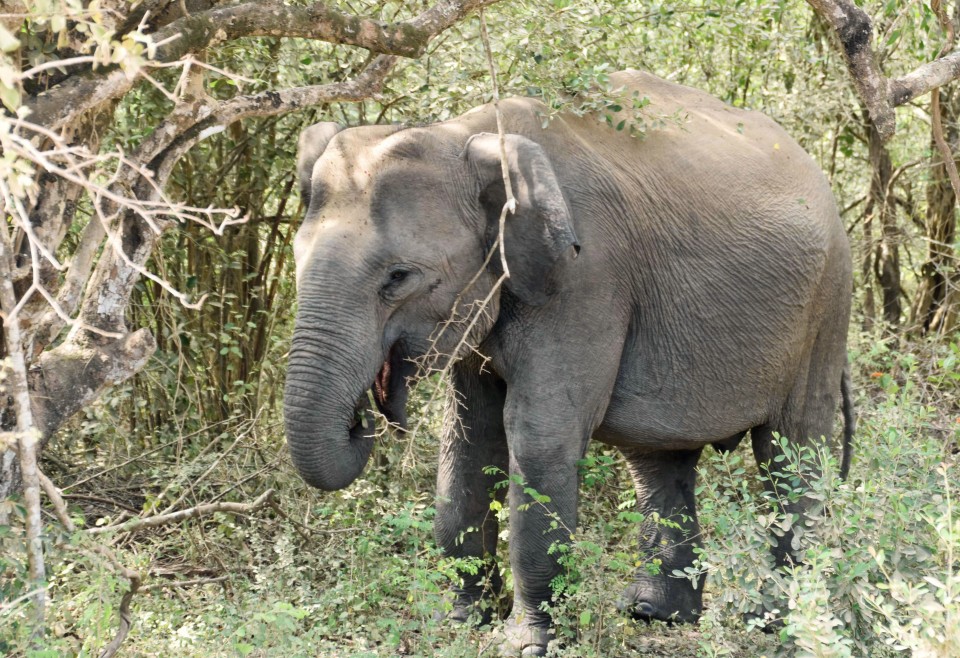 "Elephant skins? Give me 4 hours, and I'll get you anything from the hunters in the jungle," said a shopkeeper at a pharmacy in Kyaik Hto, eastern Myanmar, when asked about the availability of elephant skin.

The Asian elephant is listed as "endangered" on the International Union for Conservation of Nature's Red List. According to Elephant Family, their numbers have declined by around 90 percent in the past 100 years mainly due to tusk poaching.

Currently, an estimated 30,000 to 50,000 Asian elephants remain in the wild of 13 countries in Southeast and South Asia such as Myanmar and Thailand.

Elephant Family says growth in the Asian elephant skin trade was first confirmed around 2014, when it expanded from small-scale sales to wholesale commercial trade.

The organization earlier this year released a detailed report noting an alarming escalation in the illegal trade in elephant skins.

Among its key findings, it said the primary source of Asian elephants used in the skin trade now appears to be Myanmar, where poaching incidents have increased dramatically since 2010. 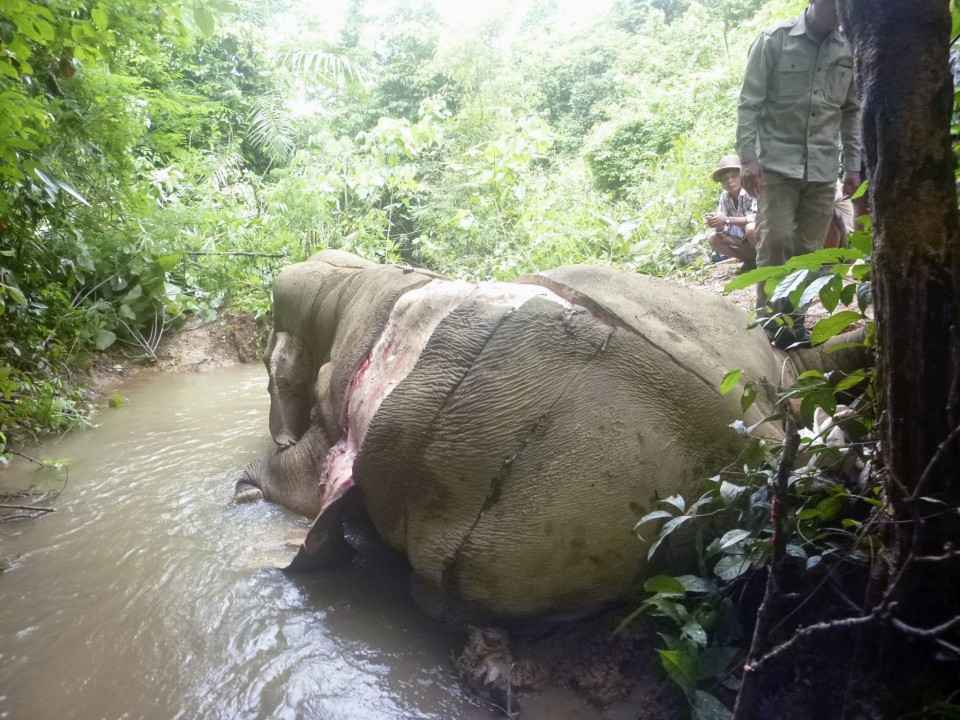 (A carcas of an elephant with its skin removed.)
[Courtesy of Elephant Family]

That year, four elephant carcasses were found in the wild in Myanmar, according to figures provided to the nongovernmental organization by Myanmar's Forest Department. In 2013, the number rose to 26, and three years later it more than doubled to 61.

The carcasses have been found with the skin on their back peeled off in a rectangular shape, indicating they were killed specifically for their skin.

While officials in Myanmar acknowledge the poaching crisis, traders have also mentioned other Asian elephant range countries, indicating that the wild populations beyond Myanmar are also at risk.

Many NGOs fear elephants in Myanmar may be hunted to extinction within a matter of years.

Under the Convention on International Trade in Endangered Species, or CITES, all trading of Asian elephant in any form is prohibited.

"Undoubtedly, the vast majority of known importers, online traders, physical salespeople and consumers are in China," the report said.

Although China this year banned trade in ivory and ivory products, the State Forestry Administration, which serves as China's CITES Management Authority, has in recent years issued licenses for the manufacture and sale of pharmaceutical products containing elephant skin, according to the report. 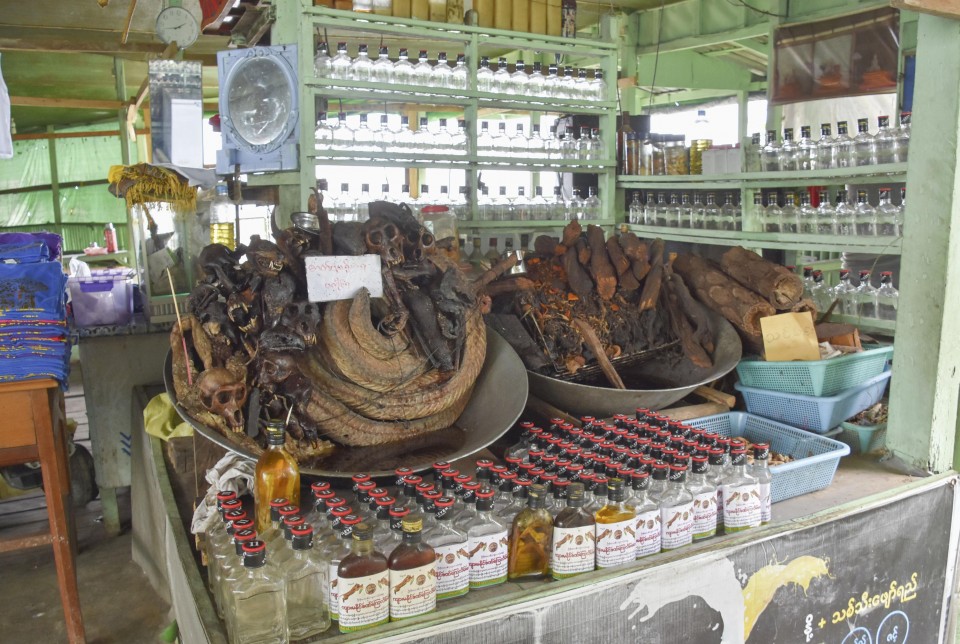 The skin is mainly being used for medicines as well as jewelry and prayer beads. In the former, it is ground down to powder for use as an ingredient in traditional medicine products. In the latter, it is dried and shaped into beads for bracelets and necklaces.

Belinda Stewart-Cox, acting director of conservation at Elephant Family, says the skin trade is targeting males, females, juveniles indiscriminately, "and that means no elephant is safe."

Besides physical markets in Myanmar and China, elephant skin beads and powder are increasingly being traded through online portals such as Baidu, China's largest, as well as social media platforms like WeChat, according to the report.

"We are now seeing an increase in the online advertising of powdered elephant skin for sale to, apparently exclusively, buyers in mainland China," it said.

Moreover, Chinese pharmaceutical companies were found to be advertising the sale of medicine that contains Asian elephant skin derivatives.

The average price for elephant skin pieces in Myanmar was around 660 yuan (about $100) per kilogram, with traders there quoting prices in the Chinese currency. 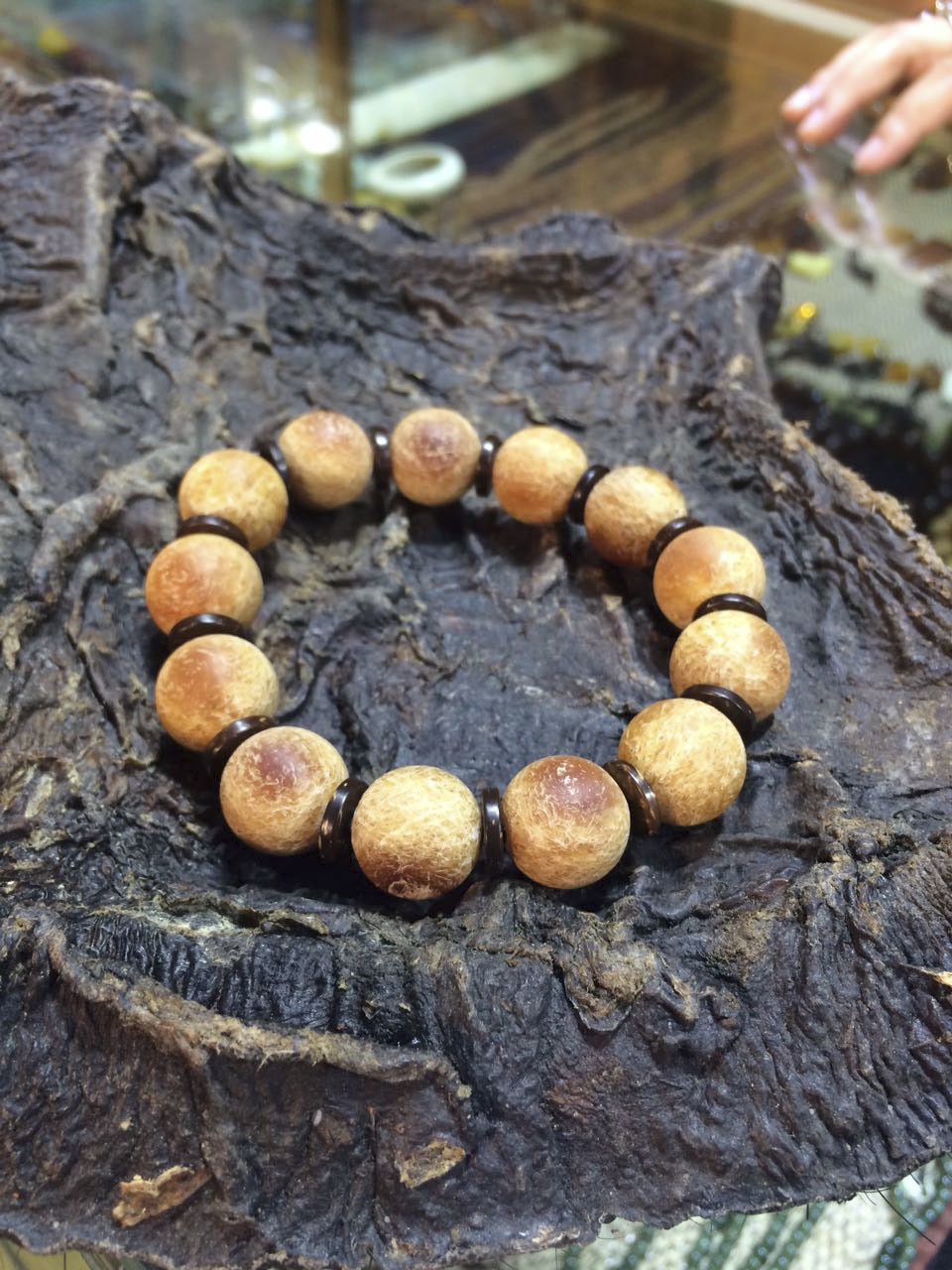 (Jewelry made from elephant skin)
[Courtesy of Elephant Family]

Nicholas Cox, conservation director of the World Wildlife Fund Myanmar, warns, "If it becomes difficult (to kill elephants) in Myanmar, then they (the poachers) will go for somewhere else."

Among the recommendations in its report, Elephant Family says CITES should be extended to include all illegal trade in Asian elephants, parts and derivatives.

It also calls on Myanmar to develop anti-poaching strategies while advising China to cease all licensing in elephant skin product manufacture, distribution and retail.