Inoki said he is planning to meet with Ri Su Yong, a vice chairman of the ruling Workers' Party of Korea, during his stay in Pyongyang through Monday. Ri is known as a trusted confidant of North Korean leader Kim Jong Un. 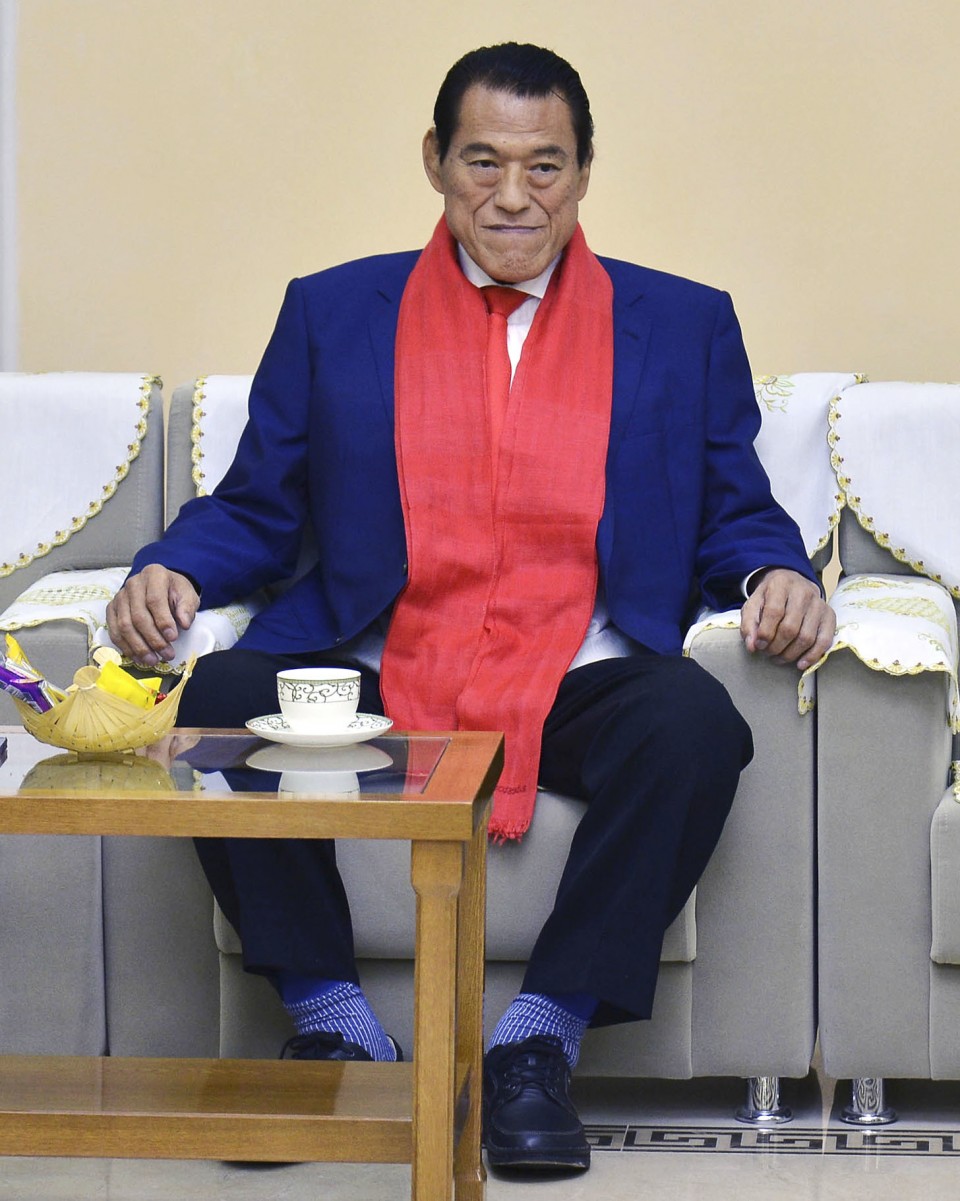 North Korea "is likely to change ahead and I would like to manage to get its true opinion," Inoki told reporters in Beijing on Thursday, expressing willingness to develop bilateral ties by promoting sports exchanges. Tokyo and Pyongyang have no diplomatic relations.

The 75-year-old House of Councillors member, who does not belong to any political party, is expected to exchange views with North Korean officials on the issue of Japanese nationals abducted by Pyongyang in the 1970s and 1980s.

His 33rd visit to North Korea coincides with the 70th anniversary of the country's founding on Sunday. He is scheduled to return to Japan on Tuesday.

Relations between Japan and North Korea have been worsening over the abduction issue. 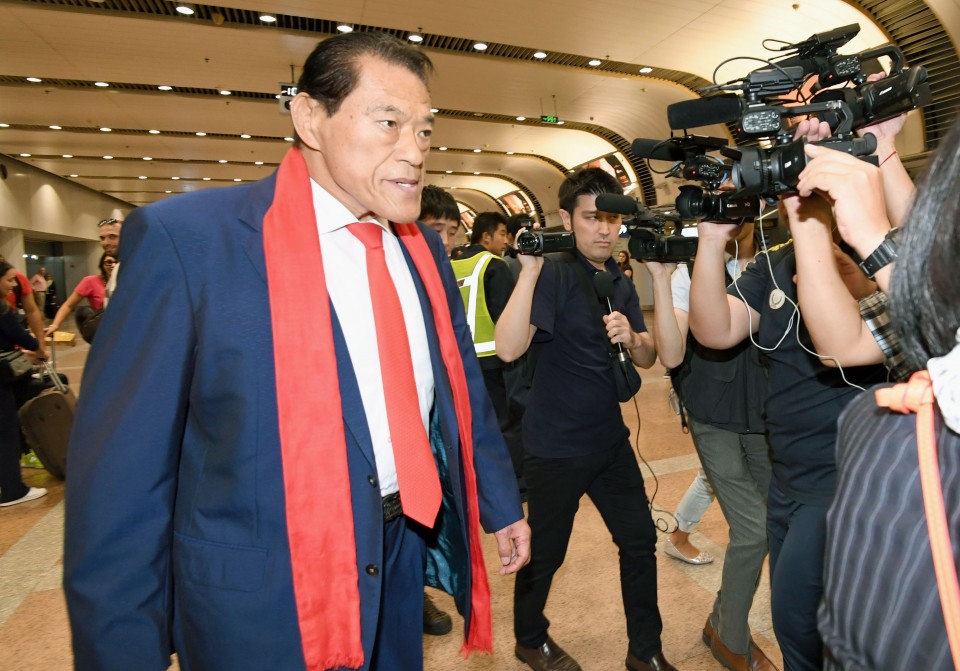 (Inoki at Beijing airport after his visit to Pyongyang in Sept. 2017)

In recent months, North Korean official media have said the issue has been already "resolved," while calling on Tokyo to atone for its past military occupation and colonial rule of Korea.

The Japanese government has requested that all its citizens refrain from traveling to North Korea, as part of sanctions against the country for developing and testing nuclear weapons and ballistic missiles in defiance of international warnings.