Want a piping hot pizza any time you feel like one? So did truck driver Yoshiharu Taniguchi, who craved freshly-made Italian pizzas when he worked long nights. His solution: hunt for a pizza vending machine.

He tracked down an Italian company that manufactured them and a few years later it developed a machine for Japan.

Shortly after the vending machine was installed in Hiroshima's Nishi Ward in late July, it went viral on social media and attracted crowds within a week. 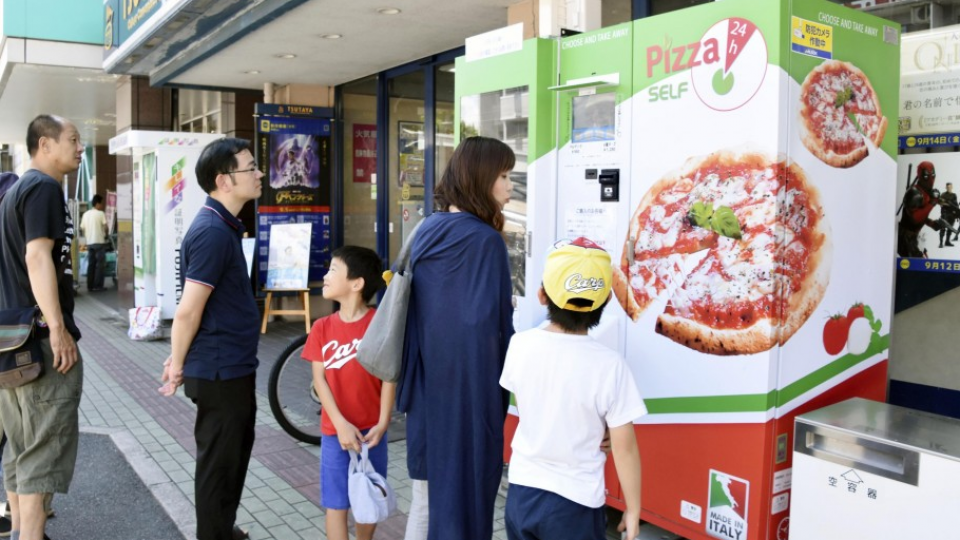 Long lines form daily with as many as 40 people queuing up for pizza at any one time. Customers include out-of-towners like Akari Miura, a 24-year old part-time worker from Tokyo. "It'll make a nice Instagram post and I'll have good memories of Hiroshima," she said.

The vending machine's popularity lies in the pizza's authenticity and freshness. The pizza dough is handmade in Venice. It is baked for 5 minutes between 180 to 260 C. Pizzas come in two varieties: "Margherita" and "Four Cheese".

Taniguchi, 43, is now the CEO of the company that installed the pizza vending machine. Determined to go national, he is working with eight Japanese manufacturers, with the aim of developing a pizza dispenser that is better suited to Japan's humid climate.

"Japan still has many opportunities. My goal is to spread pizza vending machines throughout Japan from Hiroshima." 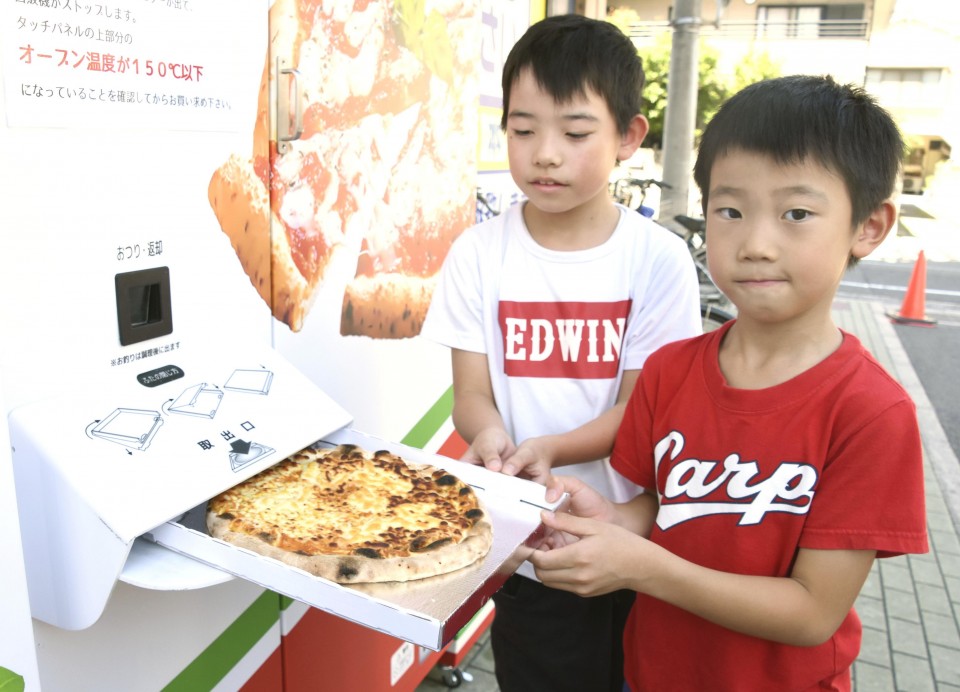