A 26-year-old woman qualified Thursday to become a fighter jet pilot for the first time in Japan.

"My longtime dream has come true. I want to become a full-fledged pilot, no different from men, as soon as possible," 1st Lt. Misa Matsushima said after a ceremony at an Air Self-Defense Force base in Miyazaki Prefecture, southwestern Japan, marking the completion of a training course to become an F-15 fighter pilot.

Matsushima, who completed the course with five men, is expected to start working as a pilot of the military aircraft in six to 12 months after undergoing further training to obtain the qualification to scramble an F-15 to intercept aircraft intruding into Japan's airspace, according to the ASDF.

"I hope she will continue to blaze a difficult path and become a role model for women who aspire to become fighter pilots," said Osamu Uemori, who taught her on the training course. 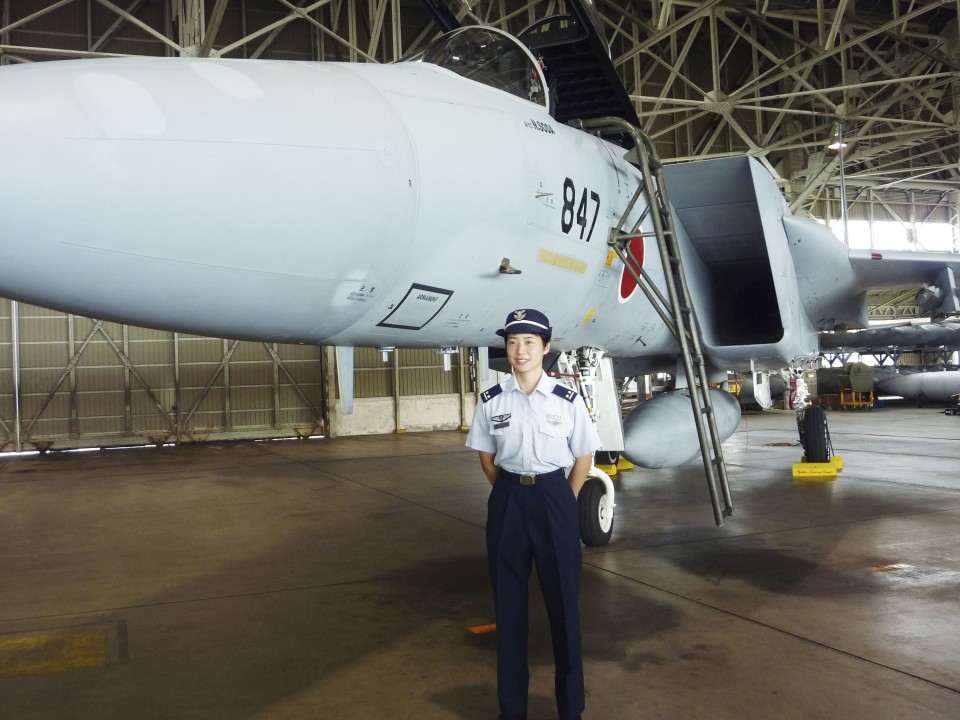 A Yokohama native, Matsushima joined the ASDF after graduating from the National Defense Academy in March 2014. After obtaining a pilot's license in October 2016, she continued her efforts to become a fighter pilot.

Matsushima will be assigned to the 5th Air Wing at the Nyutabaru Air Base in the prefecture on Friday and will continue her training there.

With the Defense Ministry aiming to double the number of female Self-Defense Force members, it has been easing restrictions to allow women to work effectively in all fields. The ASDF abolished the gender restriction on becoming fighter and reconnaissance aircraft pilots in November 2015.