Aichi Prefecture and Nagoya, the co-hosts of the 2026 Asian Games, will hold the event from Sept. 19 to Oct. 4 to avoid Japan's summer heat, the Olympic Council of Asia formally decided on Sunday.

The fall dates for the 16-day competition were set at an OCA general assembly attended by Aichi Gov. Hideaki Omura and Nagoya Mayor Takashi Kawamura. The 2026 Games host city contract was also signed during a special ceremony.

The co-hosts hope to give due consideration to athlete performance and spectators at venues by staging the competition in fall, avoiding the sweltering summer heat that has proven a concern during preparations for the Tokyo 2020 Olympics.

The quadrennial summer multi-sport event, the world's largest after the Olympics, will be hosted by Japan for the third time.

Japan hosted the 1958 Tokyo Games and the 1994 Hiroshima Games as well as four editions of the winter Asian Games, including the most recent edition in Sapporo in 2017.

Aichi and Nagoya were chosen as hosts of the 2026 Games at the OCA general assembly in 2016. 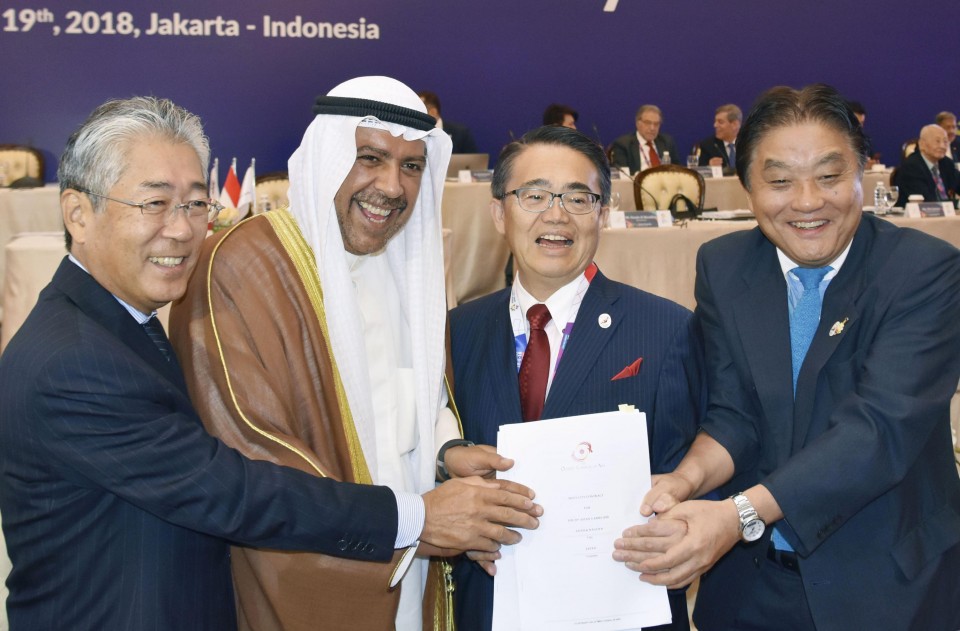