As Japan stays away from nuke ban treaty, eyes on hibakusha, citizen power

He acknowledged the power of hibakusha as he reminded the world from Nagasaki -- one of the two atomic-bombed cities in Japan -- that the realization of a nuclear-free world is still distant and work remains for disarmament.

"When we see nonproliferation at risk, and when we see a lack of commitment to disarmament, to amplify the voice of the hibakusha becomes more and more important," Guterres said in an interview with Kyodo News ahead of the 73rd anniversary of the U.S. atomic bombing. Guterres became the first U.N. chief to attend the commemorative ceremony on Thursday. 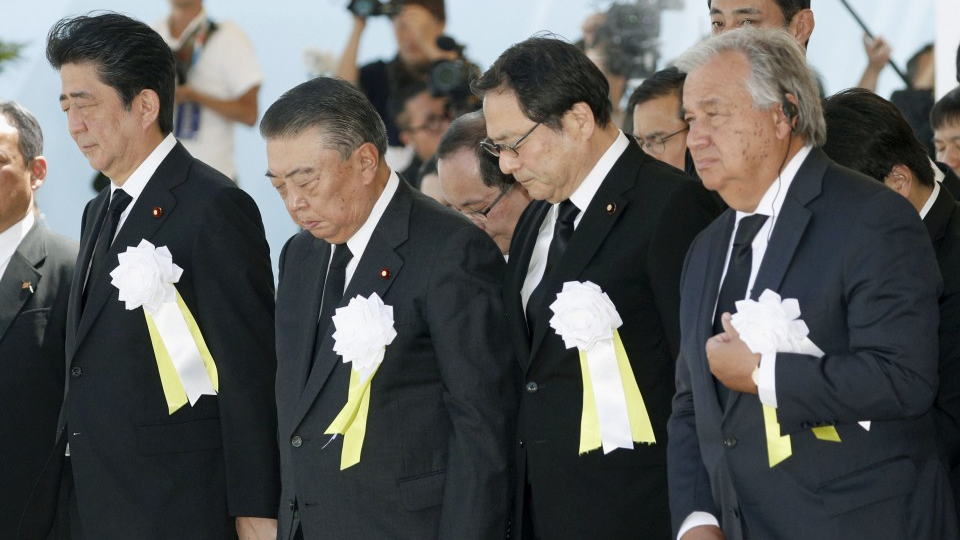 As Prime Minister Shinzo Abe reiterated the government's stance of not joining an international nuclear weapons ban treaty on the anniversary of the bombings, the role of survivors and people in Hiroshima and Nagasaki is expected to come into sharper focus.

With its reliance on U.S. nuclear deterrence in the postwar era, Japan continues to face what appears to be the dilemma of pushing for a world free of nuclear weapons but not signing the Treaty on the Prohibition of Nuclear Weapons.

Terumi Tanaka, who represented atomic bomb survivors at the Nagasaki memorial ceremony, expressed displeasure with Japan's absence from the treaty.

"In line with the wish of its ally the United States, the Japanese government that should well understand the suffering of hibakusha and the inhumanity of nuclear weapons, will neither sign nor ratify the nuclear ban treaty. This is what the prime minister himself said a year ago on the atomic bomb anniversary," Tanaka said.

On the occasion of this year's peace ceremonies, Abe said Japan will serve as an "intermediary" between nuclear powers and non-nuclear states but it does not plan to join the treaty.

"Unfortunately not even one nuclear power has joined the treaty because it was created without taking into account the realities of security," Abe told a press conference on Thursday.

While Japan shares the same goal of eliminating nuclear weapons that the treaty also aims to achieve, what nuclear powers should do is reduce their arsenals for a nuclear-free world, according to the prime minister.

Japan's security policy has centered on its longtime alliance with the United States, a nuclear power. Since taking office in 2012, Abe has sought to strengthen the alliance while committing to nuclear disarmament and nonproliferation.

Under Abe, who has cited the severity of security threats from North Korea's nuclear and missile development, Japan has also been beefing up the country's defense capabilities and increasing related spending.

While expectations for a quick breakthrough in denuclearization talks between the United States and North Korea have somewhat waned, the mayors of both Hiroshima and Nagasaki still expressed hope for progress.

Nagasaki Mayor Tomihisa Taue urged nuclear powers as well as countries relying on them to rethink their security policies and shift away from nuclear dependence as more than 14,000 nuclear warheads still exist in the world. 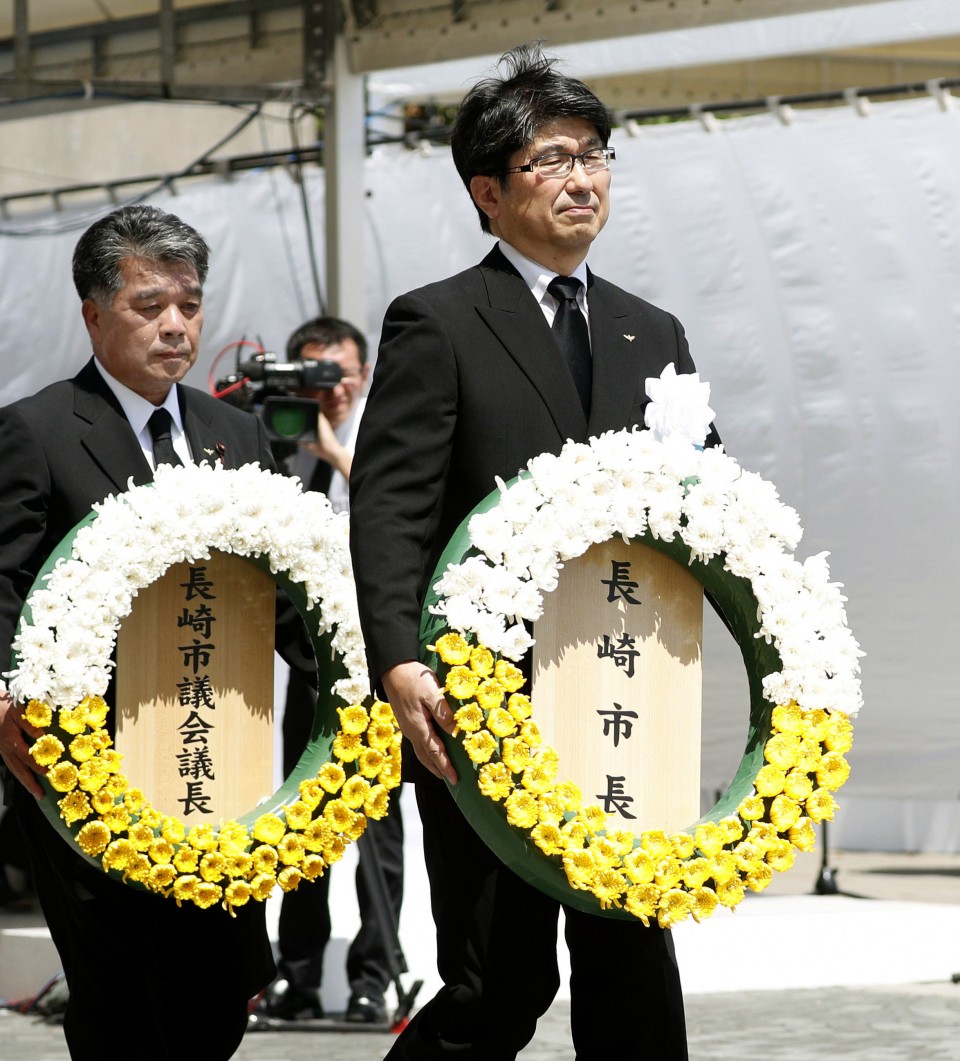 "I strongly request that you change to security policies not dependent on nuclear weapons before humanity once again commits a mistake that would create even more atomic bombing victims," he said.

The momentum for nuclear disarmament was still in place, a year after the adoption of the treaty as well as the awarding of the 2017 Nobel Peace Prize to the International Campaign to Abolish Nuclear Weapons, or ICAN.

ICAN led efforts to campaign for the treaty that had the backing of over 120 U.N. members.

"Just because Japan did not sign and join the nuclear ban treaty, some say Japan is absent from the process. But that's not the case," Kawasaki said in Hiroshima. "It's only that the Japanese government is not there."

Kawasaki believes the nuclear ban treaty will be an "inheritance" from the hibakusha to future generations, who will be tasked with using it.

The aging of atomic bomb survivors is a pressing challenge for Japan with their average age now over 82.

Passing down their stories to future generations and educating them on the atomic bombs is taking on importance in achieving a nuclear-free world.

"The Japanese government doesn't seem so enthusiastic so the power of citizens counts" in eliminating nuclear weapons, Osumi said.