All nine crew members of a rescue helicopter which crashed on an eastern Japan mountain were confirmed dead Saturday, while the government's transport accident investigation panel started its probe at the accident site.

"For some reason, the helicopter appears to have flown at lower altitudes and hit trees," a panel investigator said of the area near the prefectural border of Gunma and Nagano where the Bell 412EP went down Friday.

Local police also checked the site. The helicopter had made a sharp turn before it went missing, according to local authorities.

Eyewitnesses said the helicopter was flying at a very low altitude, and one said the engine was making an unusual sound.

There was no flight recorder on the aircraft, according to the Gunma government, as such devices are not mandatory for rescue helicopters.

The helicopter belonged to the prefectural government and was operated by the Tokyo-based aviation company Toho Air Service. Last year one of the company's helicopters crashed in Gunma Prefecture, killing four employees who were aboard. 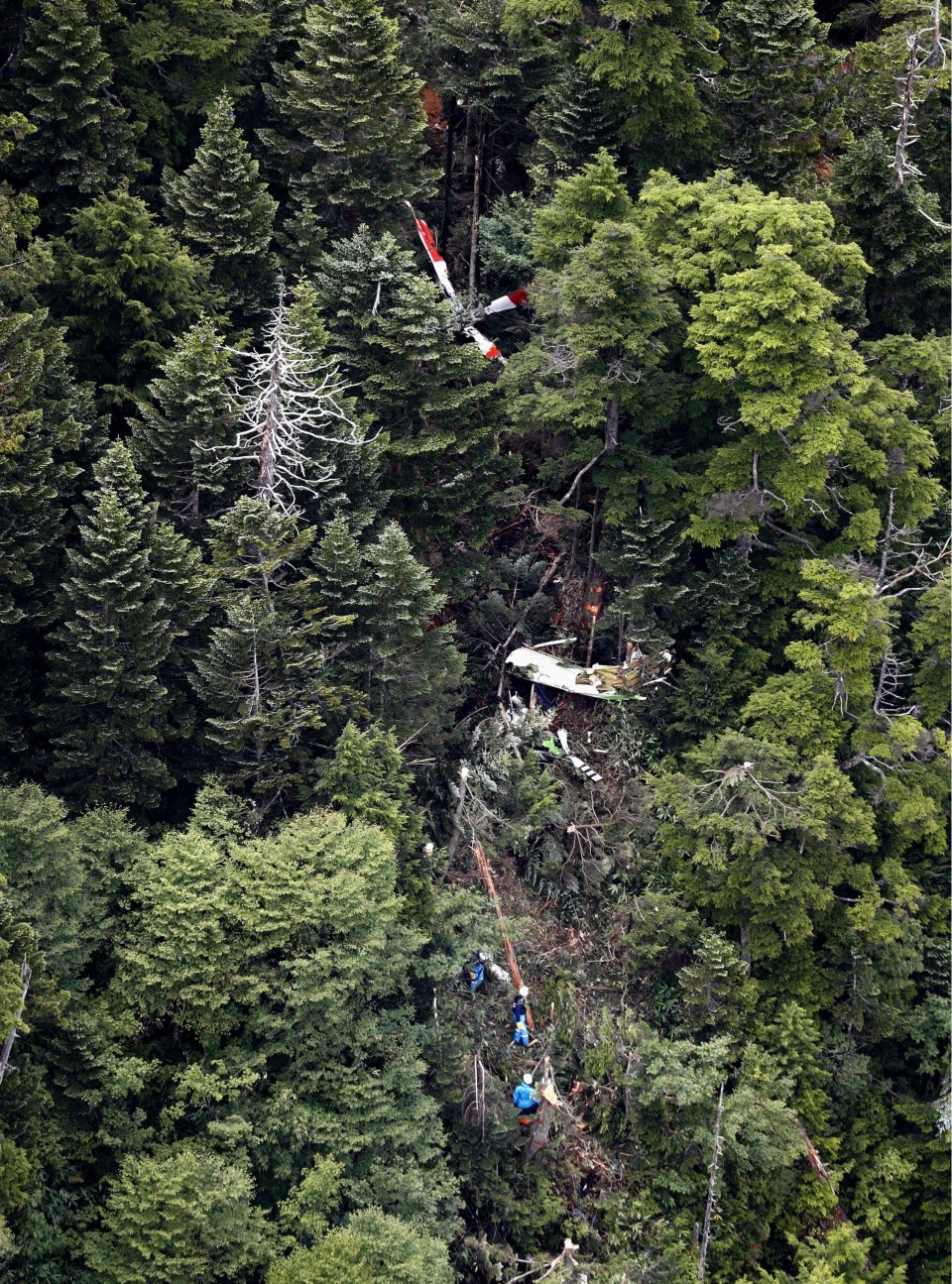 The rescue helicopter was checking a mountain trail ahead of its opening to climbers on Friday when it crashed. Two of the crew had been confirmed dead Friday.

Bodies of the remaining seven crew were recovered from the crash site as the search operation resumed Saturday morning and around 160 rescuers, police officials and Self-Defense Forces personnel entered the area by foot.

The prefectural government has identified the nine who died, including the pilot Noriyuki Amagai, 57, and mechanic Susumu Sawaguchi, 60, both employees of Toho Air Service.

Those two were part of a prefectural disaster management unit, as were two passengers -- Satoshi Ozawa, 44, and Akihiro Oka, 38.

The Gunma government said contact with the Bell 412EP was lost after it left a heliport in Maebashi city around 9:15 a.m. Friday. It was due to return an hour and a half later.

According to a local weather station, the weather near the crash site was cloudy, but the wind was not strong at the time.