Former WBO minimumweight champion Ryuya Yamanaka announced his retirement from boxing on medical grounds Friday after being diagnosed with bleeding around the brain.

The 23-year-old received the diagnosis after being taken to the hospital following his unsuccessful title defense against Filipino Vic Saludar in Kobe in July.

Under Japan Boxing Commission regulations, if a commission physician determines a boxer has suffered any degree of cerebral hemorrhaging during training sessions or fights, his license automatically becomes invalidated.

"I couldn't accept it at first. I thought I could keep boxing until I was 30," Yamanaka said at a press conference Friday. "I wanted to continue fighting for as long as I felt strong enough."

"(Retirement) came a lot faster than I thought it would, but I want to thank everyone around me for their support."

Yamanaka made his pro debut in June 2012 and was crowned WBO minimumweight champion in August 2017 after beating countryman Tatsuya Fukuhara. Over his 19 career bouts, he had 16 wins, including five by knockout, and three losses. 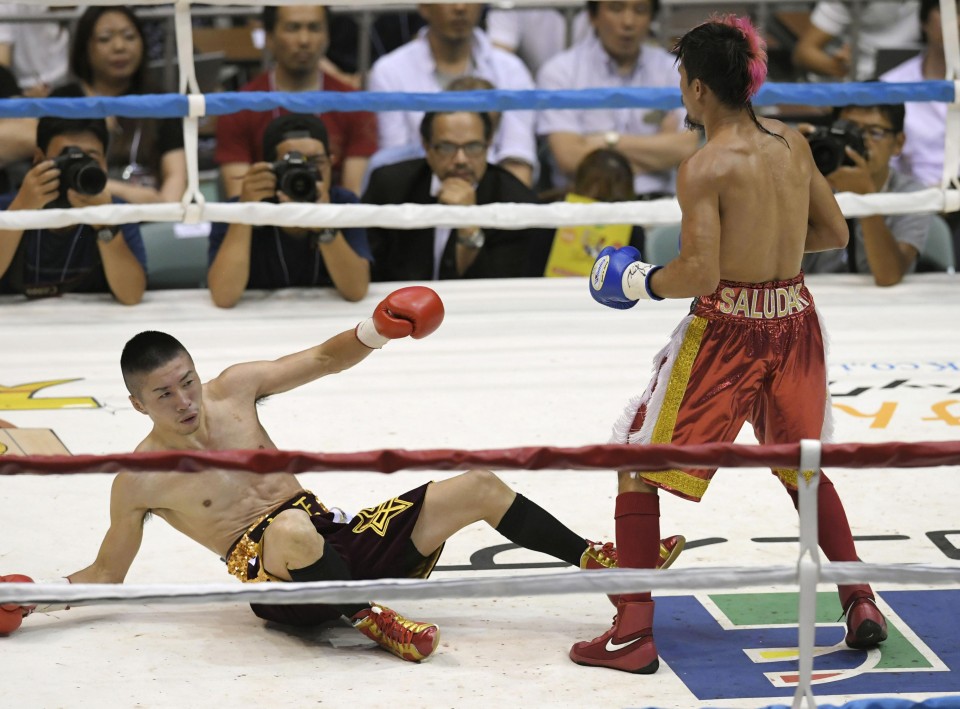