Tennis: Nishikori into 4th round of Wimbledon, Osaka bows out

Japan's Kei Nishikori advanced to the fourth round of Wimbledon on Saturday with a 6-1, 7-6(3), 6-4 victory over Australian Nick Kyrgios.

But on a day of mixed fortunes for Japan, Naomi Osaka crashed out of the tournament after losing 6-2, 6-4 to Angelique Kerber of Germany, marking her second straight-sets, third-round defeat at the grass-court major.

It took world no. 28 Nishikori 1 hour, 37 minutes to see off 18th-ranked Kyrgios in the last match of the day for the men's draw. 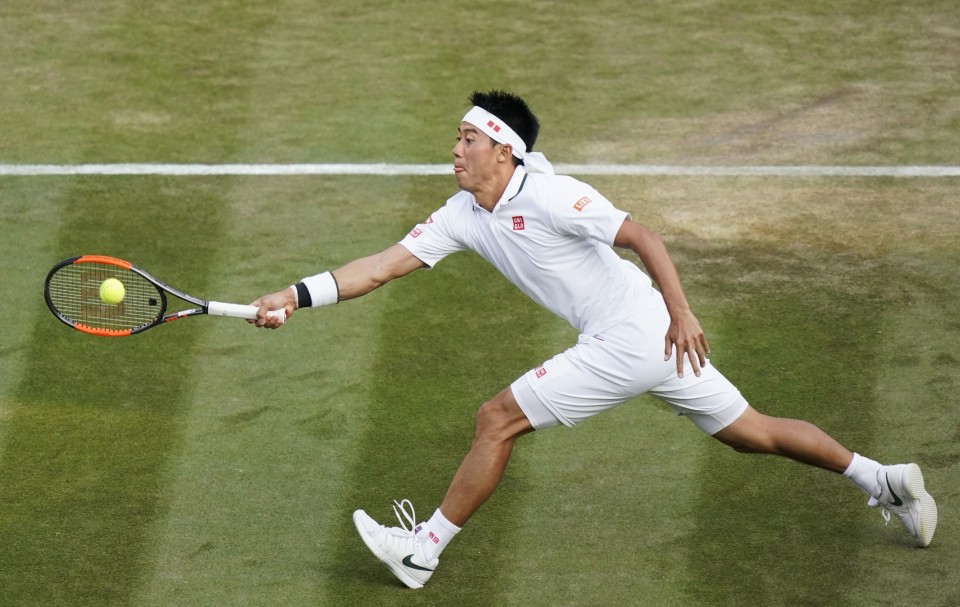 "It was the best match I've ever had on grass," said Nishikori. "Everything was working well, very happy to win like this today."

After breaking Kyrgios' serve twice to polish off the first set in a mere 16 minutes, a quick break at the beginning of the second set seemed to indicate a swift victory for Nishikori, until a change of racquets seemed to revive Kyrgios' spirits enough to break back and push his opponent to a tiebreak.

However, Nishikori ultimately took the set with a comfortable 4-point lead and went on to win game, set and match by breaking the Australian at 5-4.

He will advance to the fourth round of Wimbledon for the third time in 10 appearances to face qualifier Ernests Gulbis of Latvia, currently ranked at 138th in the world.

"Gulbis has a great serve and a strong shot on grass," said former world No. 4 Nishikori. "I think returning his serves will be the key, like it was today."

Wimbledon is the only grand slam where Nishikori has yet to reach the quarterfinals.

Earlier in the day, it took world No. 10 Kerber 1 hour, 3 minutes to defeat 18th-ranked Osaka, who until the match had not dropped a single set in her 2018 Wimbledon campaign.

"In the end I didn't fight as much as I wanted to," said Osaka. "Nothing was really working the way I wanted it to do."

"I need to find a way to win even if there's nothing working, I think that's what all the best champions can do," she added. 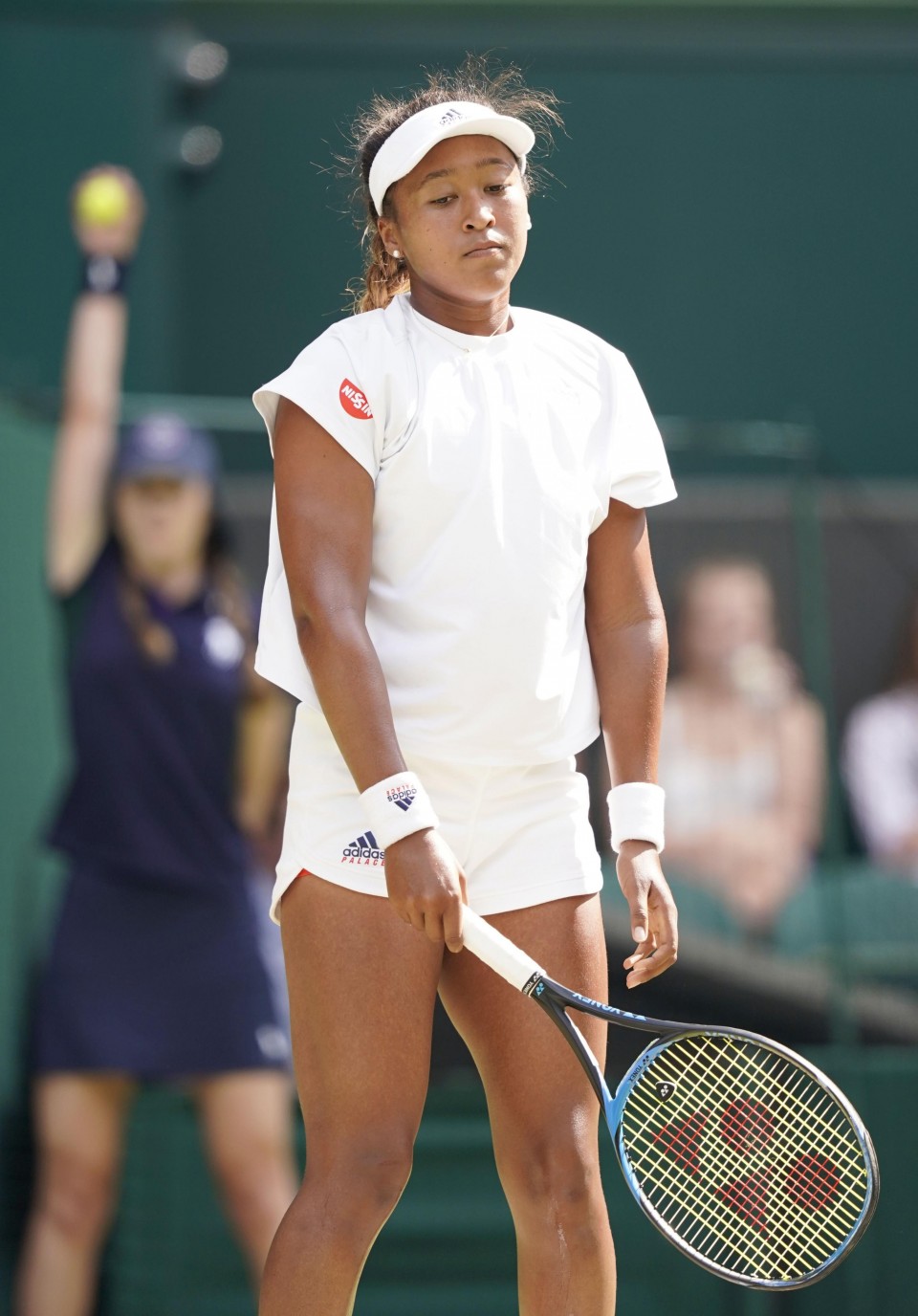 Kerber stormed into the lead in a quick first set by breaking Osaka's initial serve and holding her own to love, followed by another break shortly afterward.

Going on to break Osaka's first serve to love in the second set, Kerber remained dominant and served out to the end of the match without ever facing a break point.

"It was my first time. To go there and not really enjoy the moment, I think that's the part I regret the most," she said.

The loss marks the second third-round defeat for Osaka at Wimbledon, who lost in straight sets to Venus William at her debut appearance in 2017.