Parasols -- normally regarded as items used by women -- are proving to be increasingly popular with men in Japan, as dangerous heatwaves continue to grip the nation.

Parasols have been attracting attention in recent years as a means of protection against the sun, but this summer sales of those for men have been rapidly rising amid the scorching heat, according to store officials. 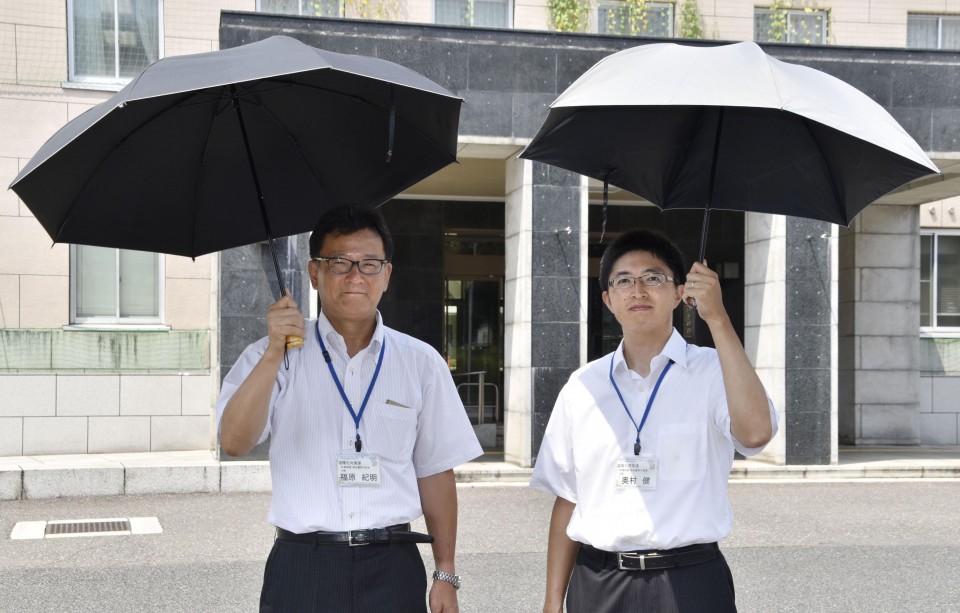 "I think the extreme heat is winning over men's embarrassment (at using them)," said a person related to the parasol industry.

Last year, officials of the Saitama prefectural government launched a group to promote the use of parasols among Japanese men. Members of the group use parasols during their commutes and for other activities as well.

The prefecture north of Tokyo encompasses Kumagaya, one of the hottest cities in the country which shattered the nation's record on July 23 when the temperature hit 41.1 C

"I was hesitant at first because not many men were using them," said Noriaki Fukuhara, 51, who recently made his debut as a "higasa danshi" (parasol man) -- a term showing signs of catching on as a 2018 buzzword. He said that since he started using one, "a pleasant world has opened up for me."

"I would also recommend it for protecting children from heatstroke," said Takeshi Okumura, 35, a member of the group who has been using parasols for three years.

The promotion of men's parasols is not new in Japan.

The Environment Ministry released the results of a survey in 2011 which showed the combination of parasols and the government's "Cool-Biz" casual-wear campaign can reduce heat stress by about 20 percent, but said it would be necessary to spread the idea among men.

In 2013, higasa danshi was nominated as buzzword of the year, as the presence of men with parasols began to be seen in society. 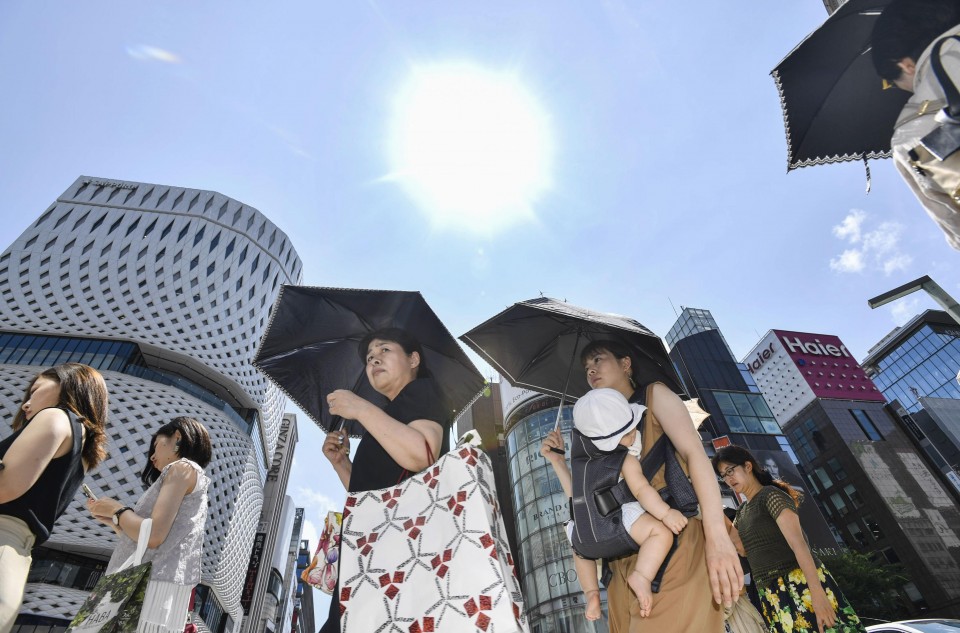 "While the number of users was gradually increasing, removing the 'psychological barriers' of men was a challenge," Kazuhiro Miyatake, 59, manager of an online parasol and umbrella shop in the Nishinari Ward of Osaka city, said.

"They are selling really well this year, probably due to extremely hot weather," said Miyatake.

Parasol sales in June and July at the men's store of Isetan Shinjuku in Tokyo more than doubled from a year earlier, with foldable, all-weather parasols being especially popular. According to the store, many of the female customers are asked by their husbands to buy parasols for them.

"Parasols are portable shades. They can protect your life and be used as fashion items, too. I hope men will enjoy the pleasant experience of shielding themselves from the sun while walking," Miyatake said.