North Korea commemorated the 65th anniversary Friday of the suspension of open hostilities in the Korean War in 1953, with Pyongyang urging the United States to agree to formally terminate the conflict as soon as possible.

From the early morning, many citizens laid flowers and bowed before giant statues of North Korea's founder Kim Il Sung and former leader Kim Jong Il, the current leader's grandfather and father, on Mansu Hill in the heart of Pyongyang.

Also, around 300 people -- including North Korean top officials such as Kim Yong Chol, a close aide to leader Kim Jong Un, and officers of the nation's military and bereaved families -- visited the Fatherland Liberation War Martyrs Cemetery in the capital.

Later in the day, women wearing the country's high-waisted, long-skirted traditional dresses danced together and celebrated the anniversary across the city. 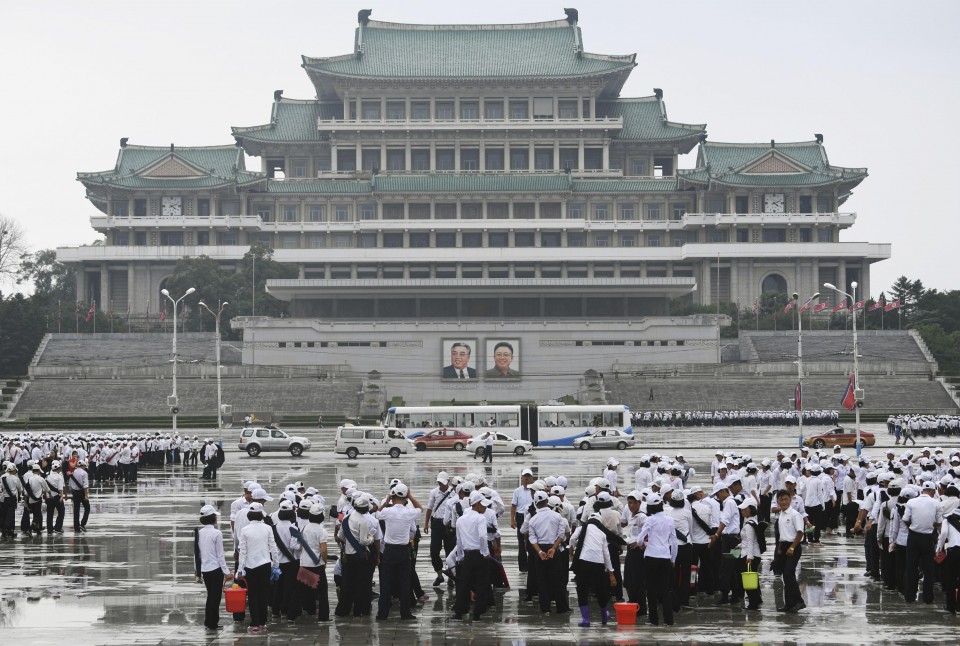 Following a historic summit last month between Kim and U.S. President Donald Trump in Singapore, North Korea on Friday repatriated the possible remains of some U.S. soldiers who died in the war, the White House said.

By arguing that the return of the remains is an important step in improving bilateral relations, North Korea is likely to call on the United States to declare an end to the 1950-1953 Korean War and provide security guarantees to Pyongyang.

But it is uncertain whether Washington will accede to North Korea's requests, amid lingering skepticism about whether Kim will really implement concrete measures to achieve "complete" denuclearization as promised.

At the first-ever U.S.-North Korea summit in June, Kim also agreed with Trump on the repatriation of the remains, while they confirmed that they will work together to build a "lasting and stable peace regime" on the Korean Peninsula.

Kim has reiterated that the denuclearization of the peninsula can be achieved if the United States and South Korea create an atmosphere of peace and stability.

Meanwhile, China, which fought alongside North Korea in the war against the U.S.-led United Nations Command set up to support South Korea, sent Kong Xuanyou, the country's special representative for Korean Peninsula affairs, to Pyongyang. 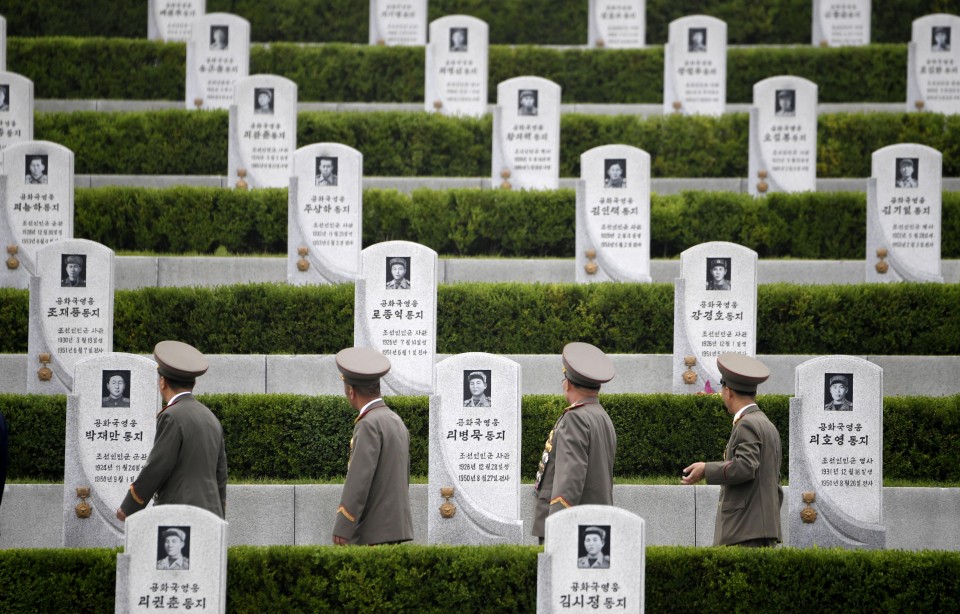 China has sought to play a pivotal role in any discussions on replacing the Korean War armistice with a peace treaty, as the Asian power has warned against the U.S. leading negotiations with North Korea.

In Pyongyang, flowers were placed at the "Friendship Tower," which was built in memory of Chinese volunteers who fought in the war, Kyodo News confirmed.

China-North Korea ties are "developing into special and durable friendly relations unprecedented in history as they were forged in firm militant friendship and genuine trust deepened at the cost of blood and life," Kim was quoted by KCNA as saying.

"The Korean people would as ever take pride in having the creditable fraternal country and the great friend like the People's Republic of China," the leader said, according to the news agency.

North Korea designates July 27 as a holiday. In the nation's capital, slogans to celebrate the "victory" in war appear in public spaces, but make no criticism of the United States and South Korea.

Kim has recently pledged to bolster economic growth, instead of pursuing nuclear weapons and ballistic missiles.

The ruling Workers' Party of Korea said in April, "We will concentrate all efforts on building a powerful socialist economy and markedly improving the standard of people's living through the mobilization of all human and material resources of the country."

During the Korean War, which began on June 25, 1950, with a North Korean invasion, the United Nations forces led by the United States fought alongside South Korea against the North, supported by China and the Soviet Union.

Hostilities ceased with an armistice agreement signed on July 27, 1953, by the U.S.-led U.N. Command, North Korea and China. South Korea was not a party.

The Korean Peninsula has since been split in two by the Demilitarized Zone, a 4-kilometer-wide strip of land that runs for 250 km across the peninsula and has come to be known as the world's last Cold War frontier.