A year ago, before he was named to his first All-Star team, Seibu Lions slugger Hotaka Yamakawa felt his career in pro baseball was teetering on the brink of failure.

Although he now leads all of Nippon Professional Baseball in home runs and runs batted in, the stocky 26-year-old first baseman was at a loss. Despite driving balls over walls more frequently than any player in Japan in nearly 20 years, Yamakawa had run into a different kind of wall. 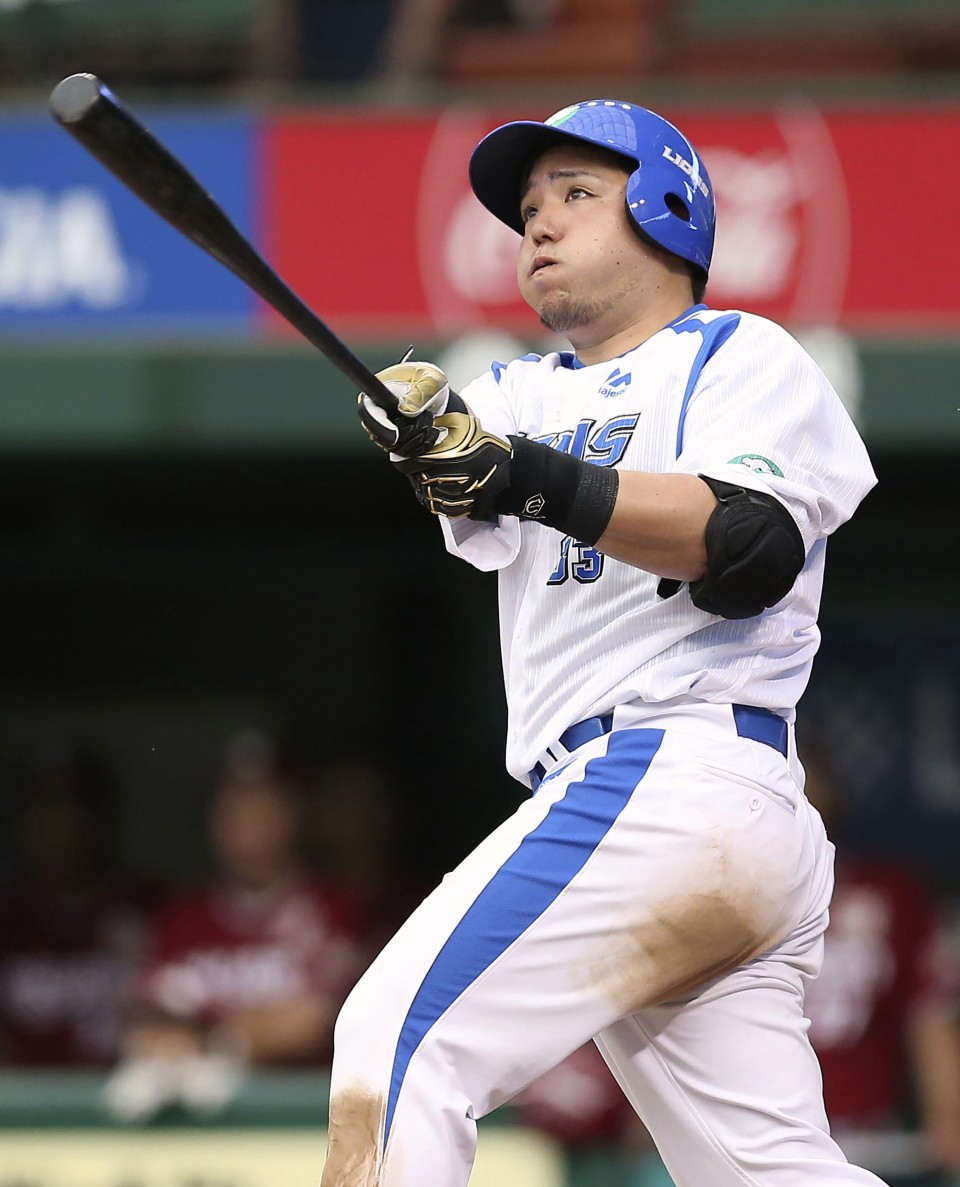 "I'd get called up and pinch hit or even get a start," Yamakawa recently told Kyodo News. "But if I went hitless in a couple of at-bats, I might get pulled from the game or be on the bench the next day. It's really hard to get your timing, to settle in or make adjustments in that situation."

The Lions' second draft pick in November 2013, Yamakawa dominated against minor league pitching for nearly three years but didn't get a shot at everyday playing time with the Lions' first team until the end of the 2016 season.

That's when the right-handed hitter showed he really belonged. Over the final two months of the season, Yamakawa hit 13 home runs in 113 at-bats, with a respectable .283 average, 21 runs and 27 RBIs.

But when the 2017 season opened and he managed just three hits in 27 at-bats over a month, the Lions ignored his track record and sent Yamakawa back to the minors for more work.

The big obstacle in his path was the Lions' established first baseman, Ernesto Mejia.

"Mejia was my rival. I knew I had to hit a lot more than him or I wouldn't win a regular position," Yamakawa said.

Yamakawa homered once in every 9.9 at-bats in 2016, a single-season figure surpassed just once in 12 years -- when Wladimir Balentien hit a record 60 home runs in 2013. But with Mejia having agreed to a three-year contract extension in September 2016, the Lions needed just 27 at-bats to decide Yamakawa wasn't ready.

"If I had resigned myself to not surpassing Mejia, my motivation would have sagged and I felt I'd forever be second fiddle to him," Yamakawa said. "So I thought, 'I am going to give it one more shot at challenging him (for the starting job).'" 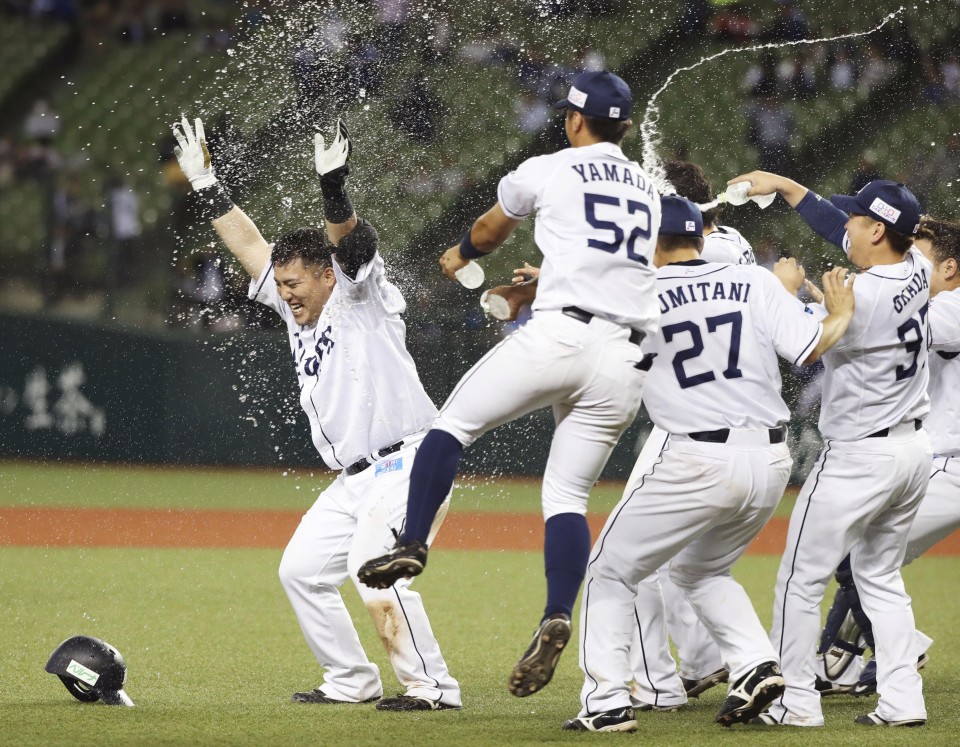 And though Yamakawa saw Mejia as a rival, Mejia saw Yamakawa as a talented teammate. Mejia, who spent 10 years in the minors without playing a single major league game, was happy to offer the youngster advice -- even if Yamakawa rarely had the luxury to experiment with batting adjustments during his brief stays with the first team.

"You work so hard in the minors, and then finally you get called up and regardless what you do, it's over in a hurry. If you are playing every day, there's always tomorrow -- even if you don't get a hit. But before becoming a regular, if you don't get a hit, there is no tomorrow. Instead, there's a chance they'll say, 'Go back to the farm team.'"

On the farm, Yamakawa had earned a reputation for his extreme work ethic, Lions batting coach Shigenobu Shima said. Like Mejia, Shima could sympathize with Yamakawa's dilemma, having spent nine years in the minors before getting his first real chance at the age of 28 -- when he hit 32 home runs in 2004 and led the Central League in batting average.

"I was the farm team batting coach when Yamakawa started," Shima said. "He'd be out there even on his days off practicing hard. He just loves baseball that much. Everyone at this level loves baseball, but he was on a different level."

Yamakawa recalled those practices, often in the company of catcher Tomoya Mori, but ascribed the extra work to desperation rather than to his love of the game. Mori, who turned pro out of high school, had been the Lions' top draft pick in 2013. Coming out of university, Yamakawa felt he had a lot of catching up to do and put additional pressure on himself.

"It wasn't fun. It was work," he said. "I felt I had to produce straight away in my first year."

"The first thing I noticed (as a pro) was that it was a somewhat different world from the one I had envisioned. It's work. And everyone is working desperately to earn a chance to play on the first team, and I felt right away that it would be hard to last long in this profession."

But after his May 2017 demotion, Yamakawa realized practice was no longer enough, that the adjustment he needed was not with his swing but his attitude.

"I began to think, 'If I don't do anything differently, nothing is going to change.' I decided I was going to own the first at-bat every time I had a chance to play. That turned out to be the biggest key to my becoming a regular," he said.

"I would go into those first at-bats with the mentality that if I didn't hit, I'd get fired. I was hitting with the understanding that my job was on the line, and that's how I was able to get results." 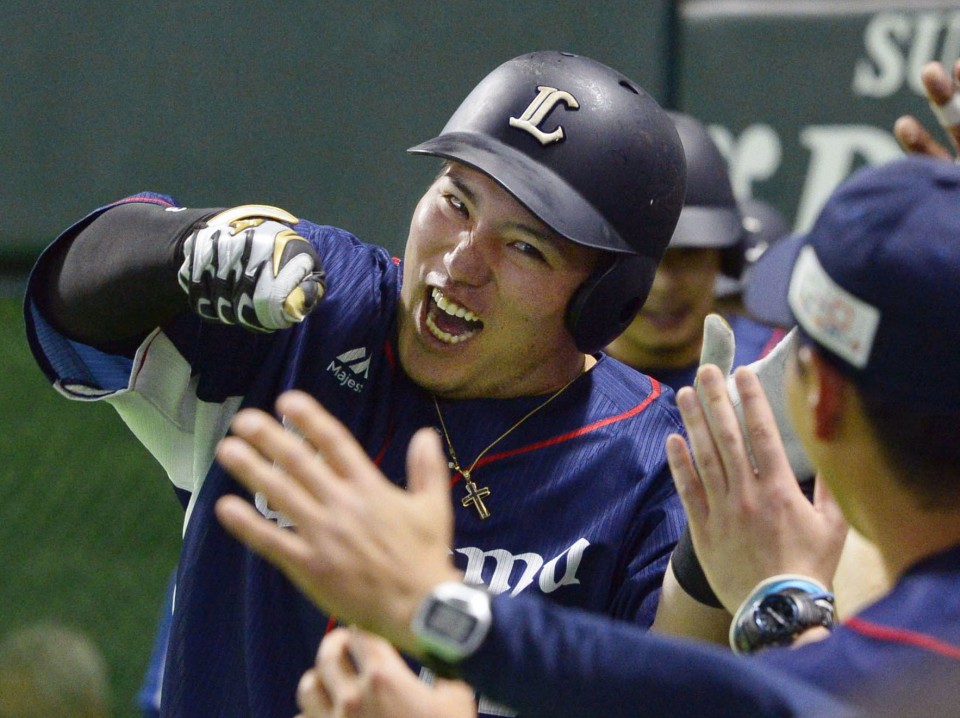 Yamakawa's first chance to roll the dice on those pivotal at-bats came when the Lions recalled him on July 8. With Seibu trailing 2-0 in the eighth inning that day against the Rakuten Eagles in Sendai, Yamakawa came up with two outs and a man on. His pinch-hit home run tied the game.

As one would expect, by going all out to get hits in those first plate appearances, Yamakawa struck out more often but pounded the ball when he made contact. More than half the balls he put in play resulted in hits. He hammered the ball in his other at-bats but not quite to the same degree, and on Aug. 4, Mejia was sent to find his batting form in the minors.

"It's not like I was putting extra pressure on myself, it was more like a new resolve I had. But in the end, I think, however, that a lot of my winning the job came down to luck," said Yamakawa, who finished second in the postseason voting for the Pacific League's Best Nine Award at first base -- despite playing in just half a season.

"I simply got hot while Mejia slumped. If it had been a case of both of us hitting as well as we could, it would have been hard for them to choose me."

Although Mejia once provided Yamakawa with the ultimate motivation, it is his teammate's advice that he treasures most.

"He has given me so much advice," Yamakawa said. "He tells me, 'Put a good swing on the ball, try and drive it to right center, and you'll be fine.' His advice has been spot on and as I made use of it, I began getting lots of hits, so I'm indebted to him."

"But let's say, if I'm hitting and he's not, there's no way I could give him any advice. What could I tell him about anything? He has so much more ability than I do. If you look at what he's done in his career, he's so far above me in every way."