A Japanese high court ruled Wednesday that two nuclear reactors at a central Japan plant should not suspend operations, overturning a lower court ruling in favor of local residents who claim the plant is vulnerable to major earthquakes and other disasters.

The Kanazawa Branch of the Nagoya High Court ruled that the Nos. 3 and 4 reactors of Kansai Electric Power Co.'s Oi plant do not threaten the personal rights of those living nearby and the utility has not underestimated the size of a potential earthquake occurring in the area.

"It is the worst possible court ruling we can think of," said Hiroyuki Kawai, a lawyer who supports the local residents.

The Fukui District Court ruled in May 2014 against their restart in the first such ruling over Japanese nuclear power plants since the Fukushima nuclear crisis in March 2011. It is the first high court ruling given among a slew of lawsuits filed by people seeking suspension of nuclear reactors nationwide.

"Although it is possible to scrap nuclear power generation itself in light of the Fukushima nuclear plant accident, making such a decision is beyond the role of the judiciary, and it therefore should be left for politics to decide," said Presiding Justice Masayuki Naito.

The pressurized water reactors in question already resumed operation in March and May, respectively, after clearing in May last year new safety standards introduced in the wake of the meltdowns at Fukushima Daiichi power plant triggered by a major earthquake and ensuing tsunami. 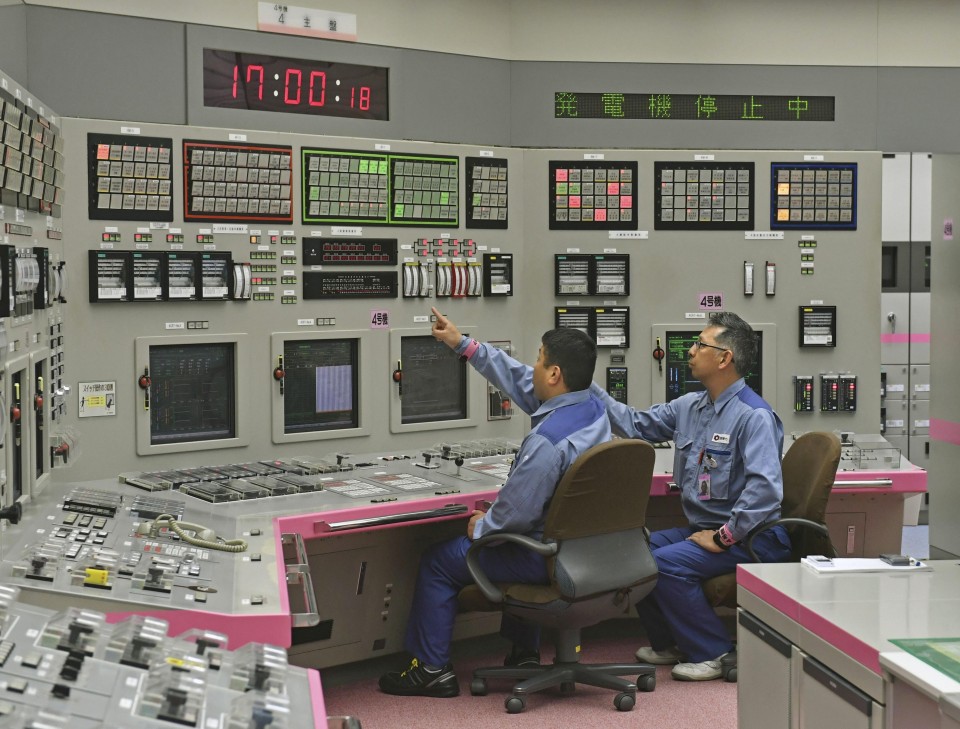 The reactors had been idle since going offline in September 2013 for regular safety inspections. Their operations were previously halted in March and July of 2011, respectively, for inspection and restarted in July 2012 after clearing provisional safety standards.

During a high court hearing, Kunihiko Shimazaki, a former member of the Nuclear Regulation Authority who was in charge of the screening of the two reactors, testified the utility could be underestimating the size of a potential earthquake it assumes for designing its reactors' quake resistance.

Kansai Electric argued it has made its calculations by assuming longer and wider faults exist around the premises.

The district court ruled it will not allow the restart of the two reactors, citing flaws in the utility's measures against earthquakes and allowing suspension if there are specific risks to people's most fundamental right to protect their lives.

While plaintiffs said the district court ruling was appropriate as it took into account the Fukushima accident and damage it caused, the utility said the ruling was based on abstract risks and the court needs to base its decision on scientific expertise.

Of the plaintiffs, the court only accepted the claims by 166 and rejected 23 who were outside the 250-kilometer area from the power plant. Both the utility and the rejected plaintiffs appealed the ruling.