The dozen sites related to the persecution of Japan's "Hidden Christians" have been awarded World Heritage status largely due to the fact that they show how Japanese believers protected their faith at all costs, experts say.

A UNESCO advisory board offered suggestions to the Japanese government that led to the selection of the places as World Heritage sites on June 30.

Christianity was introduced to Japan in 1549 by Saint Francis Xavier, a Basque and Jesuit hailing from an area now designated as northern Spain, and his companions. The hidden Christians of Japan have come under the spotlight in recent years since Pope Francis, the first Jesuit pontiff, mentioned them in a speech.

"Even when all lay missionaries and priests had been expelled from the country, the faith of the Christian community did not grow cold," Pope Francis said in his address to the bishops of the episcopal conference of Japan in 2015, as he commemorated the discovery of hidden Christians in Japan in 1865, despite a ban and persecution that lasted more than 200 years.

"These two pillars of Catholic history in Japan, missionary activity and the 'Hidden Christians,' continue to support the life of the Church today," the pope said.

Japan initially nominated the "Churches and Christian Sites in Nagasaki" with 14 components in 2015 but withdrew the nomination as the International Council on Monuments and Sites suggested Japan put more focus on the persecution of Christianity, enforced by the Tokugawa shogunate from the 17th century.

Japan dropped two components which were considered not strongly connected with the prohibition period and renamed the property to the hidden Christian sites, resubmitting it in 2017.

The registered property in southwestern Japan includes the remains of Hara Castle, the most important site of the Shimabara rebellion (1637-38) involving peasants, mostly Christians, that led to the country's seclusion policy.

Also included were villages on Kashiragashima Island, where hidden Christians camouflaged their faith under the guidance of a Buddhist man. They had migrated to the island, which was used to quarantine smallpox patients, and hence avoided by outsiders. 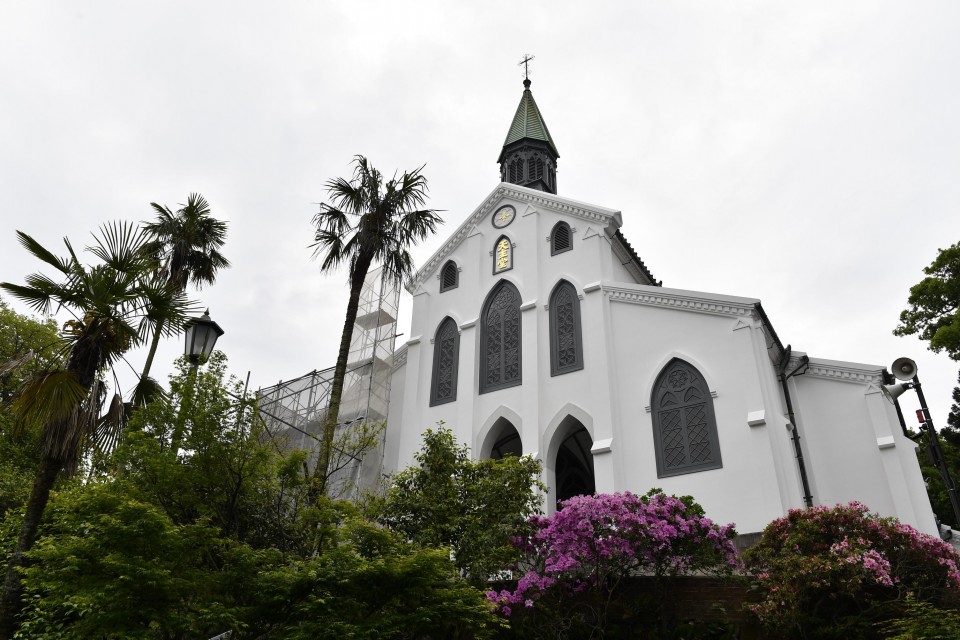 "They took our suggestion positively and demonstrated flexibility and creativity in changing components of the property and its boundary," Toshiyuki Kono, president of ICOMOS and professor of international law at Kyushu University, said in a recent phone interview with Kyodo News. Kono became the first Japanese national to head ICOMOS in December last year.

"We were able to hold very effective academic dialogue which led to ICOMOS' high evaluation," he said.

"If you look at cases of the country's World Heritage sites in the past, ICOMOS did not give any specific advice on things to do," said Chihei Suzuki, senior World Heritage specialist at Japan's Cultural Affairs Agency.

"This time, however, ICOMOS showed a clear direction and they also said we shall work together to achieve that goal. It was significant," said Maki Sakamoto, who is a unit chief of the Office for World Cultural Heritage at the agency.

Compared with other World Heritage properties directly associated with religious suppression, the sites in the Nagasaki region are unique because the communities involved continued to transmit their religion on their own, in secret and under difficult conditions for an extended period.

They also hid themselves from society by outwardly behaving as Buddhists and Shinto followers. Japan points out such differences in its "justification for inscription" to the World Heritage list.

For example, in comparison with Turkey's Goreme National Park and the Rock Sites of Cappadocia, "Japanese laypeople passed on the Christian faith by themselves in the complete absence of priestly guidance, while it is thought the clergy remained in the communities in Cappadocia and that contact was maintained with Constantinople and other centers of Christianity," the document argues. 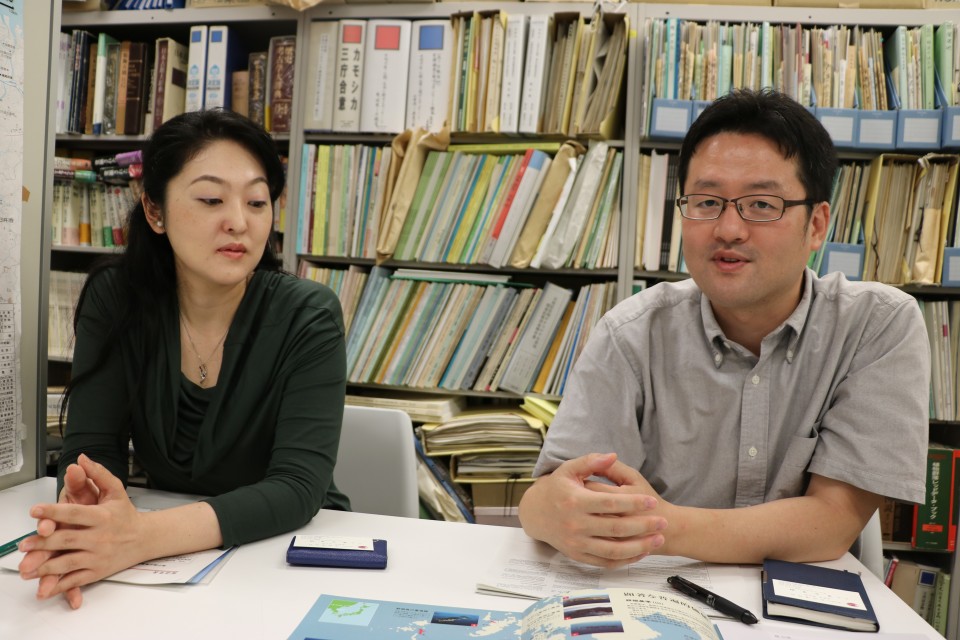 With all Catholic Church leaders banished, hidden Christians in Japan were led by community leaders called "chokata," who administered the observance of the liturgical calendar, and "mizukata," who performed baptisms.

"We basically shifted our focus from the value of architecture to hidden Christians' way to hide themselves, as well as their daily lives and customs," Suzuki said.

After the ban on Christianity was lifted in 1873, many hidden Christian communities rejoined the Catholic Church under the guidance of missionaries who were sent by the Vatican, while there were people who continued their distinctive beliefs and practices.

Those who have not been reintegrated into the Catholic Church were called "kakure kirishitan," and a small number of them still exist today in the area. There were people who have been converted to Buddhism and Shinto as well.

In villages where hidden Christians rejoined the Catholic Church, people helped construct churches in places dating back to the period of the ban, such as the houses of former hidden Christian leaders, some of which are included in the property of the World Heritage site.

It is relatively easy to recognize the churches in cultural heritage terms but local residents needed explanations about why their farmlands were given the same status, according to Suzuki.

"People were wondering why this field, bush or forest is part of the World Heritage. They needed the reasoning and significance in relation to the history and tradition of hidden Christians," Sakamoto said.

The properties in the Nagasaki region, especially those on remote islands, face a difficult task amid aging and depopulation to secure a sufficient number of people to preserve the sites, just like other heritage sites in the country.

"Since they were awarded the World Heritage status as villages, they have to be preserved as villages first (to maintain their value)," Kono said, adding that a wide variety of knowledge and coordination among personnel in different fields is essential.

Kono stressed the importance of developing sustainable tourism, a type of tourism in which a sufficient number of people visit the area without damaging the structures and causing harm to the daily lives of villagers.

"I think parties concerned need to find new forms of tourism which no one has thought of and discussed before, in finding a new direction," he said.

He also expressed hope for Japan's further contribution to international cooperation in protecting and restoring cultural properties around the world, as the country possesses a long history of engagement in such activities at home.

"Japan has been conserving cultural properties in difficult conditions -- frequent natural disasters and a climate of high temperature and high humidity," Kono said. "Sharing such know-how with others would be greatly appreciated."