Prime Minister Shinzo Abe on Saturday indicated the possibility for Japan to take part in shouldering the costs of North Korea's denuclearization under a potential international framework for funding aimed at achieving the complete denuclearization of the North.

"As we stand to benefit from denuclearization, we must think about such matters," Abe said on a Japanese television program, in the wake of the first-ever U.S.-North Korea summit earlier in the week that ended with an affirmation of Pyongyang's commitment to the denuclearization process.

"It is important for North Korea to firmly embrace (this move) as goodwill on the part of the United States" and reciprocate through action, the Japanese leader said, urging the North to do more for denuclearization.

Amid mixed views on the outcome of the meeting in Singapore between Trump and North Korean leader Kim Jong Un, the international community is now looking at the specifics of how their agreement would actually rid North Korea of its nuclear weapons.

Abe said that "some kind of international agreement is conceivable," referring to the possibility of a global funding body and citing as well a past agreement.

He said he sees "for example, creating an organization" specifically for the denuclearization of the North as a way of moving forward on the issue. At the same time, he said this would not be tantamount to directly funding North Korea. 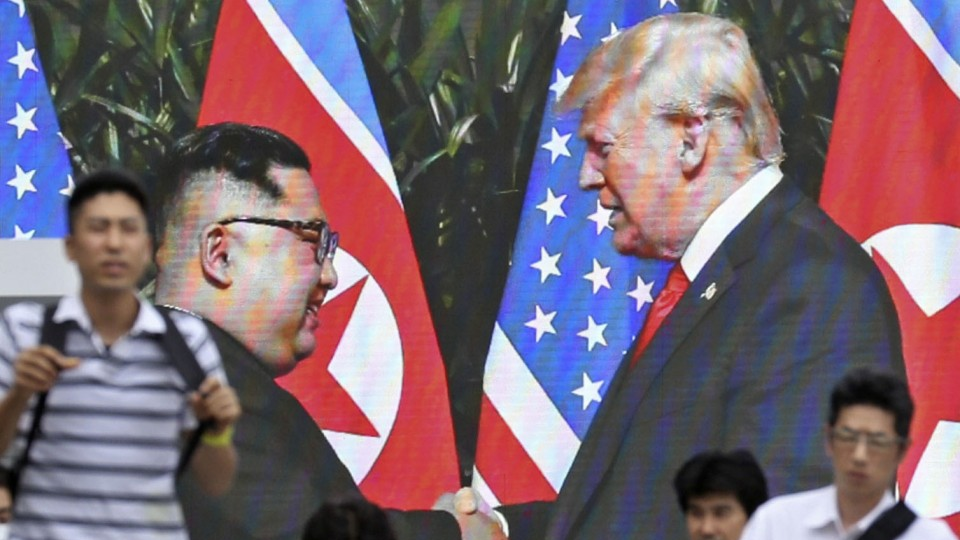 Trump has said after the summit that Japan and South Korea, both U.S. allies, will help "very greatly" with the denuclearization costs.

Under the Agreed Framework signed in 1994 between the United States and North Korea, Pyongyang was required to freeze and eventually dismantle its weapons-grade nuclear facilities in exchange for being provided with two light-water reactors for power generation.

Toward that end, an international consortium known as the Korean Peninsula Energy Development Organization, or KEDO, was formed the following year. Japan, one of the core members of KEDO, pledged $1 billion toward the $4.6 billion project.

Abe also said Japan will support costs related to the International Atomic Energy Agency inspections, should they happen. The IAEA inspectors were kicked out of North Korea in 2002.

Japan, for its part, is trying to weigh how to tackle shouldering the costs for North Korea's denuclearization while it seeks to address Pyongyang's past abductions of Japanese nationals.

In order to settle this issue, which includes the return of the abductees, Abe said that Kim "needs to make a big decision."

While Pyongyang maintains the matter has been resolved, Japan disputes this.

Japan officially lists 17 citizens as abduction victims in the 1970s and 1980s and suspects North Korea is involved in many more disappearances. Five of the 17 were repatriated in 2002, with Pyongyang maintaining that eight had died and four others never entered the country.